When March Madness tips off later this month to the delight of college hoops fans across the U.S., Merl Code will not be in attendance. That’s because Code, who played point guard for Clemson in the 1990s and later worked as a shop rep for Nike and Adidas, will be in federal prison serving time for his role in a college basketball bribery scheme that was revealed in 2017 following an FBI investigation that involved wiretaps, undercover agents and informants.

As Code details in his new book Black Market: An Insider’s Journey into the High-Stakes World of College Basketball, high-profile coaches like Rick Pitino, Sean Miller, Will Wade and Bill Self were the true targets of the investigation into play-for-pay in the NCAA, but it was vulnerable people like himself who paid the price after being found guilty of fraud, conspiracy and bribery charges.

While it’s been an open secret for decades that college basketball’s recruiting underbelly operates like a series of warring crime syndicates, Code’s book reveals how the seedy system is set up to aid and protect white millionaires like Pitino and Self while putting the less powerful people — many of whom are Black — tasked with helping them secure the nation’s top players (many of whom are Black) into compromising positions. Code worked as a consultant for Adidas, which he says led to him being asked by his bosses to violate NCAA rules on a regular basis, including once making a six-figure payment to five-star Louisville recruit Brian Bowen II after former Cardinals coach Pitino signed off on it. Actions like those eventually landed him in prison, the same place eight other men charged in the scandal (seven of whom are Black) ended up.

“It appears that all this type of conduct is prevalent in college basketball and other college sports,” Manhattan federal Judge Edgardo Ramos said at the 48-year-old’s sentencing. “The money is there. There’s a lot of it and it’s so easy to take it. It doesn’t make it right, but it explains how an individual like Mr. Code ends up in this courtroom today.”

After he appeared in Ramos’s courtroom but before he went to prison, Code spoke to InsideHook about his case, his book and what he wants he thinks the world should know about the problematic system fueling college hoops.

InsideHook: What word would you use to describe the business of college sports in America today?

Merle Code: Exploitative. It’s an exploitative system that utilizes kids and their abilities for personal gain. Coaches, athletic directors, boosters and even school facilities benefit. Sports pay for the new English building. They pay for the salaries of professors. The $200 million upgrades to the football stadium and practice facility are paid for off the sweat of kids who are risking their lives and their health. When a kid like that leaves college and he has a jacked-up neck and back, the school doesn’t pay for his insurance if he is done playing. You also have to understand that a lot of these kids’ parents have never seen them play a game. They’ve never been able to afford to travel to see their own child play because it was against NCAA rules for someone to help them. And that child is making money for a university. That’s egregious. I’ve also had parents and kids who’ve been promised X amount of dollars from a coach or coaching staff. When that kid gets on campus, they renege on the deal. You tricked this kid to come to your school, whether it was against the rules or not, to help you make millions of dollars, and then you renege on the deal. Now the kid is stuck because he’ll be in trouble for accepting the offer if he tells. Everybody sees it as okay. Well, it’s not okay. It gets under my skin.

Do you feel like a fall guy for this system?

I certainly feel like I’m the scapegoat. I was a consultant. How do you fault me for the actions of a company when I’m not an employee at the company? It doesn’t make sense. You are charging me with a federal crime for giving a young man money that the company I worked for approved. I was doing my job and it wasn’t my money to give them. For the company I was working for to wash their hands and claim they had no idea is absolute garbage. For the schools involved and their coaching staffs to say they had no idea is absolute garbage. This has really become black and white. You have coaches on tape saying they’re going to make offers and do X, Y and Z, but they can fight the system because they have money and they’re high profile. They don’t have any issues, while those of us who don’t have their wallets face prison time. This goes back to history. When those in charge, typically white folks, can’t control the situation as it relates to Black men, they criminalize it. That’s exactly what happened in this situation. I’m not the first Black man who’s been railroaded by the justice system, and I won’t be the last. That’s unfortunate, but it’s the truth of the society that we live in.

Does the NCAA changing the rules to allow athletes to profit from their name, image and likeness help?

It’s bullshit. I have to ask you for permission to use my name, my likeness and my image to make money for myself? I have to ask you? We’re not getting away from the slave mentality. It’s still the slave asking master, “Can we eat?” We need to stop that. Nowhere else in society does it exist that you have to ask for permission to use your own attributes and abilities. NIL is great for public perception, but it’s a band-aid on a bullet wound. Until these young men and young women are able to capitalize on the entirety of the business, it’ll be an enslaved situation. They’ll be indentured servants to the system that continues to exploit them for their abilities. I’m not saying every kid should be making $85 million a year, but I am saying these young men and young women who generate gobs of money for these programs need a share of the profits. Until then, it won’t be a fair system. Do I have the perfect answer? No, I don’t, but I do know that it’s not fair the way it currently exists.

What’s your relationship like with the game of basketball at this point?

I’d be lying to say it hasn’t tainted me some. I still love the game. The game has been a huge part of my life. I don’t miss the business of basketball anymore. It’s a bigger conversation. It’s not just about the game. It’s about fairness, and if we live in a capitalistic society, then let’s do that. Let’s not sector it off for the Black kids when it comes to earning money. Let’s not do that. I was angry going through the court process and seeing how I was getting screwed over, but I’m past anger. At this point, I would say I’m ambivalent towards it. Whatever your view of me is, that’s great. I don’t really care. Those who are around me know the truth. I’m going to deal with whatever’s in front of me as a man and really continue the dialogue to fight the system that currently exists. 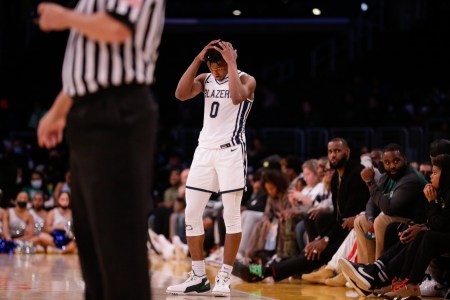 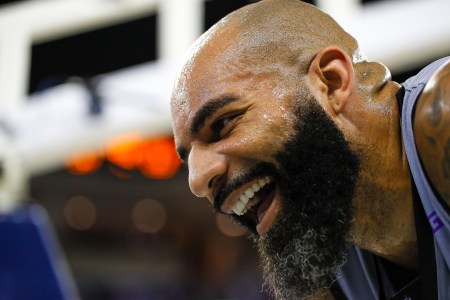