Derrick Henry Is the NFL's Best RB, But the Titans Shouldn't Re-Sign Him

He's been the playoffs MVP thus far, and free agency looms in the offseason 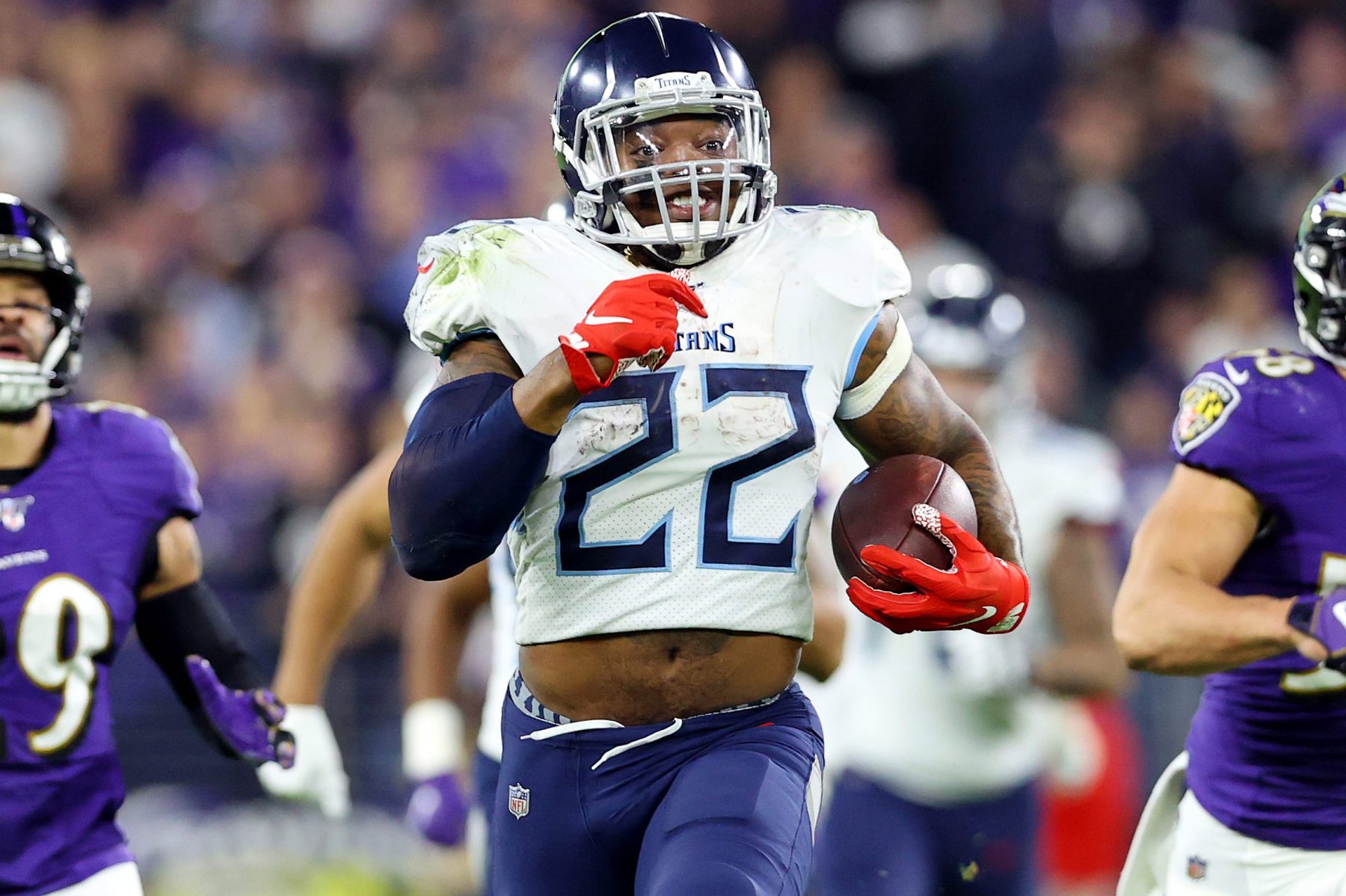 Derrick Henry carries the ball against the Baltimore Ravens. (Rob Carr/Getty)
By Evan Bleier / January 16, 2020 8:51 am

Through two playoff games, Tennessee running back Derrick Henry has carried the ball 64 times for 377 yards and a touchdown, adding three catches for an additional 29 yards.

Averaging 5.9 per carry and 9.7 yards per reception, Henry — who also threw a touchdown pass in the Divisional Round — has essentially been the sixth-seeded Titans’ entire offense during the playoffs, and the main reason why they were were able to knock off the Patriots and Ravens. What Henry will be able to do on Sunday against the Kansas City Chiefs in the AFC Championship game remains to be seen, but if the Titans are somehow able to advance to the Super Bowl, the 26-year-old running back will play a major role in it.

Even if Tennessee’s run ends Sunday, Henry’s powerful postseason has put him in prime position to cash in this offseason, when he hits free agency. Understandably, Titans fans will be clamoring for the team to re-sign him — but recent history tells us they absolutely should not.

The reasons have nothing to do with Henry’s skill on the football field, but rather, how much time he’s spent on it over the course of his lifetime.

During four years of football at Yulee High School in Florida, Henry touched the football 1,405 times, racking up more than 12,000 scrimmage yards and 153 touchdowns. That usage included a game during Henry’s senior year that saw him carry the ball a whopping 57 times for 485 yards and six TDs. Then he went on to a historically good college career at Alabama, where he touched the ball 619 times for nearly 4,000 scrimmage yards and 45 touchdowns over three bruising seasons in the SEC.

Add all that up and the 2015 Heisman winner had logged more than 2,000 touches for nearly 16,000 total yards on his 6-foot-3, 240-pound frame before taking a single NFL snap. Drafted in the second round of the 2016 NFL draft by the Titans, Henry has amassed nearly 1,000 touches for more than 5,000 total yards over the course of four NFL seasons and four career playoff games since.

Despite all that usage, Henry has been remarkably durable, having missed only two games in his NFL career: one when he was a rookie and one this season. Nor has all the wear and tear had much of an impact on Henry’s rushing ability, as he averaged 5.1 yards per carry the season, the best mark of his NFL career.

As a free agent, the NFL’s leading rusher will likely be looking for a deal somewhere in the vicinity of the four-year, $60 million contract ($45 million guaranteed) Todd Gurley of the Rams signed in 2018, or the six-year, $90 million pact Ezekiel Elliott of the Cowboys ($50 million guaranteed) inked last summer. Gurley, 25, and Elliott, 24, are both younger than Henry is now. And that’s of crucial importance, as there is clear evidence running back play begins to drop off at 27, the age Henry will be at this time next year.

In a 2014 analysis of every running back that played at least four NFL seasons and had a minimum average of 75 carries per season since 2001, ESPN Stats & Information found that an NFL back’s career peaks at 27. After that, the average rushing total drops by 15 percent in year one, 25 percent in year two and almost 40 percent by the time they are 30.

From a financial standpoint, that is not a very good return on investment, and a factor that should encourage the Titans to place the franchise tag on Henry versus giving him a multi-year extension.

If the team advances to the Super Bowl on Henry’s back, it’s hard to imagine the Titans not caving to fan pressure and extending his contract. But given his age and the Herculean workload he’s shouldered to date, handing Henry a multi-year contract will likely prove to be a titanic mistake. Why not let someone else make it?