New England Patriots tight end Aaron Hernandez was arrested and led out of his home in handcuffs, shortly before 9 a.m. It is not immediately known what charges he is facing, but he has been under investigation in connection with the murder of Odin Lloyd. (Photo by George Rizer for The Boston Globe via Getty Images)
By Sean Cunningham 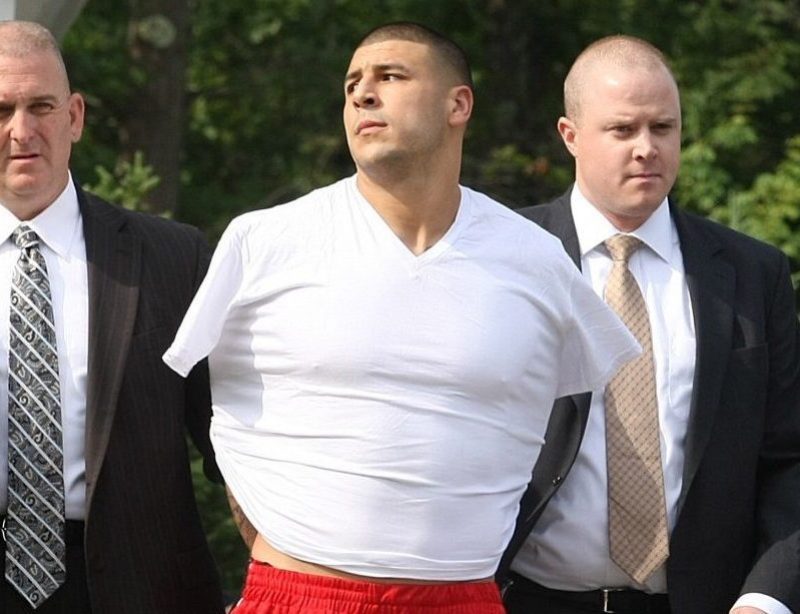 The downfall of Aaron Hernandez is still hard to believe: in 2012, he was playing for the New England Patriots in the Super Bowl and considered nearly as promising a tight end as his teammate Rob Gronkowski. Then he was found guilty of murder (and has been named in another double-murder). Aaron Hernandez is still only 26, but it is likely he will die in prison.

The actions of Aaron Hernandez had an unexpected consequence: they ended the football career of his older brother, D.J. While a less talented player than his younger sibling, D.J. had been pursuing a coaching career and abruptly found that work in the field was always beyond his grasp. (“They don’t want the negative publicity.”) The life he had envisioned was gone, as D.J. discovered Aaron’s crime had convicted him as well. 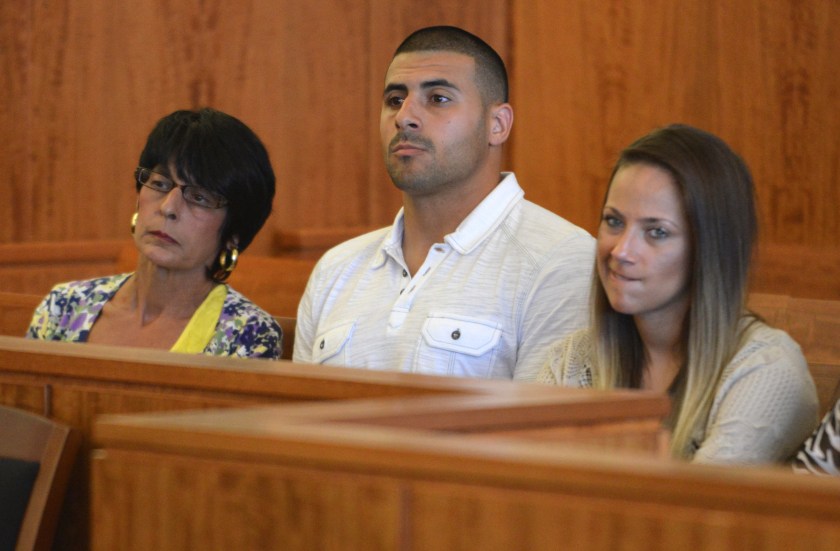 D.J. Hernandez ultimately discarded football and even his first name (he now goes by Jonathan). Since taking these steps, he has found a surprising amount of peace working as a roofer in Texas. He discussed his new life with Sports Illustrated as well as what’s happened to his brother since his imprisonment. (Jonathan is unwavering in expressing his love for his brother, but when it comes to his crimes he notes: “Whether Aaron did or did not do it, I don’t know.”)

Read about Jonathan Hernandez here and watch a video of Jonathan in a much simpler when he was still going by D.J. and could just focus on playing football.

There Will Never Be a Better Year to Visit the Greek Isles
The Latest TikTok Trend Is Making Fun of Greta Van Fleet
What Should You Do If You Keep Waking Up in the Middle of the Night?
Why a Third-Generation Toyota 4Runner Is the Best Gear Investment I’ve Ever Made
Cleveland Indians Change Name to the Better-But-Still-Bad “Guardians”