Underwater Wonders That Will Blow Your Mind

Take a deep dive to discover magic below the surface.

Underwater wonders are a sight to behold- no matter the location. Take a deep dive with these astounding images that take you across into magical worlds below the surface. 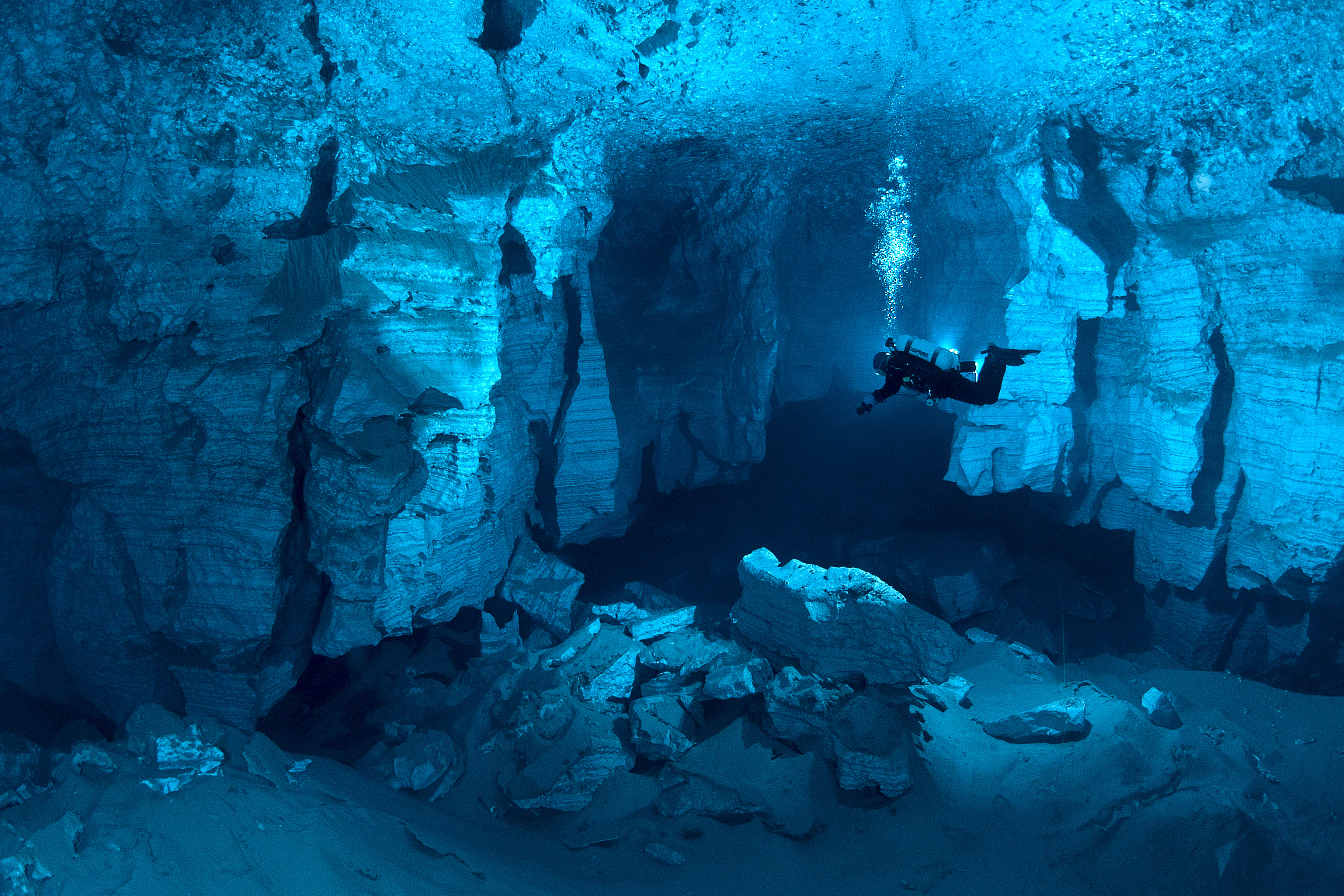 The Orda Cave system is located outside of Orda, Perm Krai in Russia. The cave stretches over 3.2 miles, three of those miles are completely underwater. It is the largest underwater gypsum cave in the world. Water temperatures can plummet nine degrees below zero Fahrenheit. 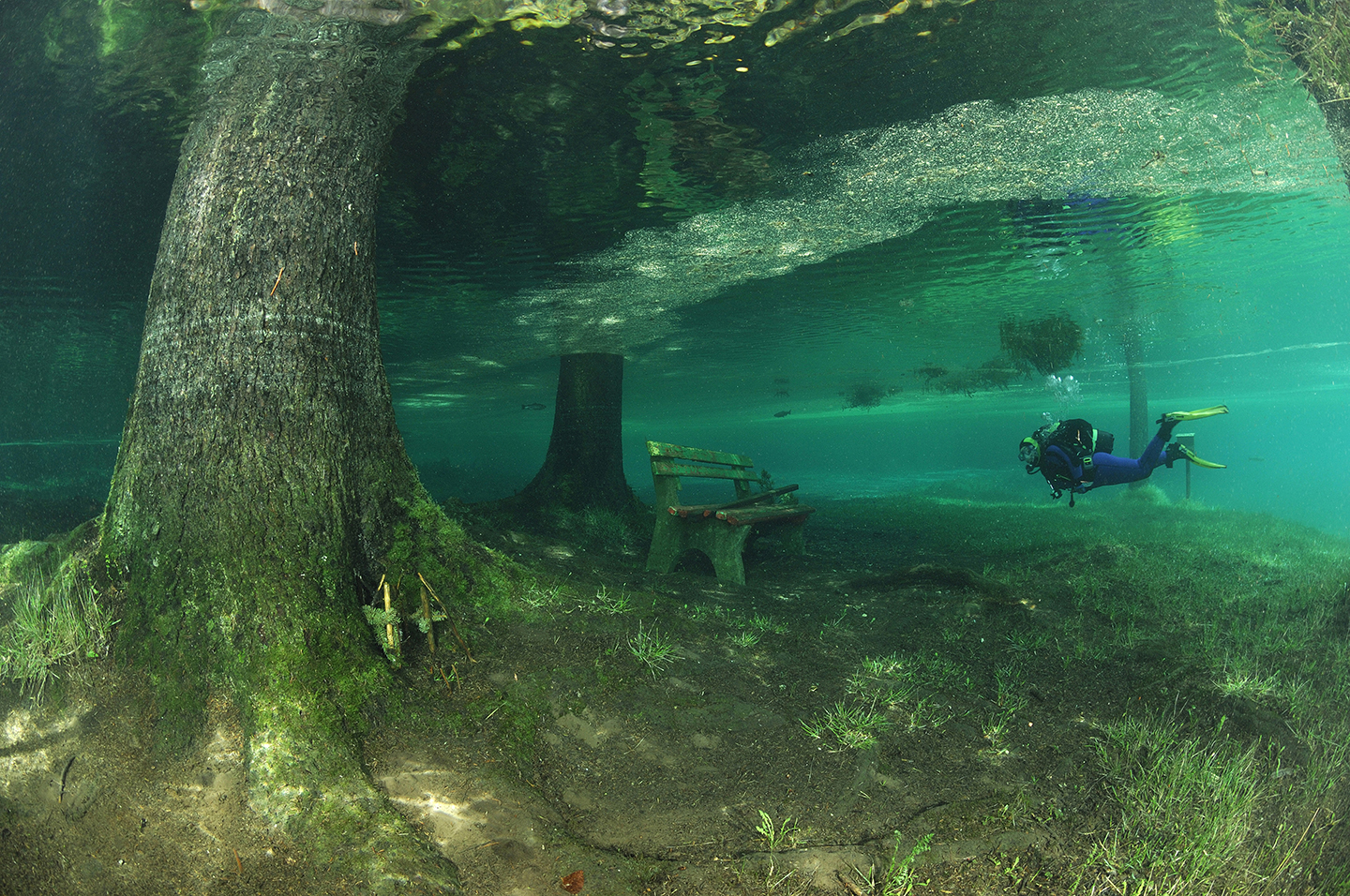 Surrounded by the Hochschwab Mountains in Austria, Green Lake is situated within a picturesque community filled with lush greenery and beautiful mountain ranges. During the winter months, the lake water recedes and the surrounding area is used as a park. Once spring and then summer arrives, the lake fills with water from the melted mountain snow, filling the lake and reaching a maximum depth of about 39 feet. Once flooded, park benches, trees and bridges can all be found submerged underwater as if there is an underwater park waiting to be explored. 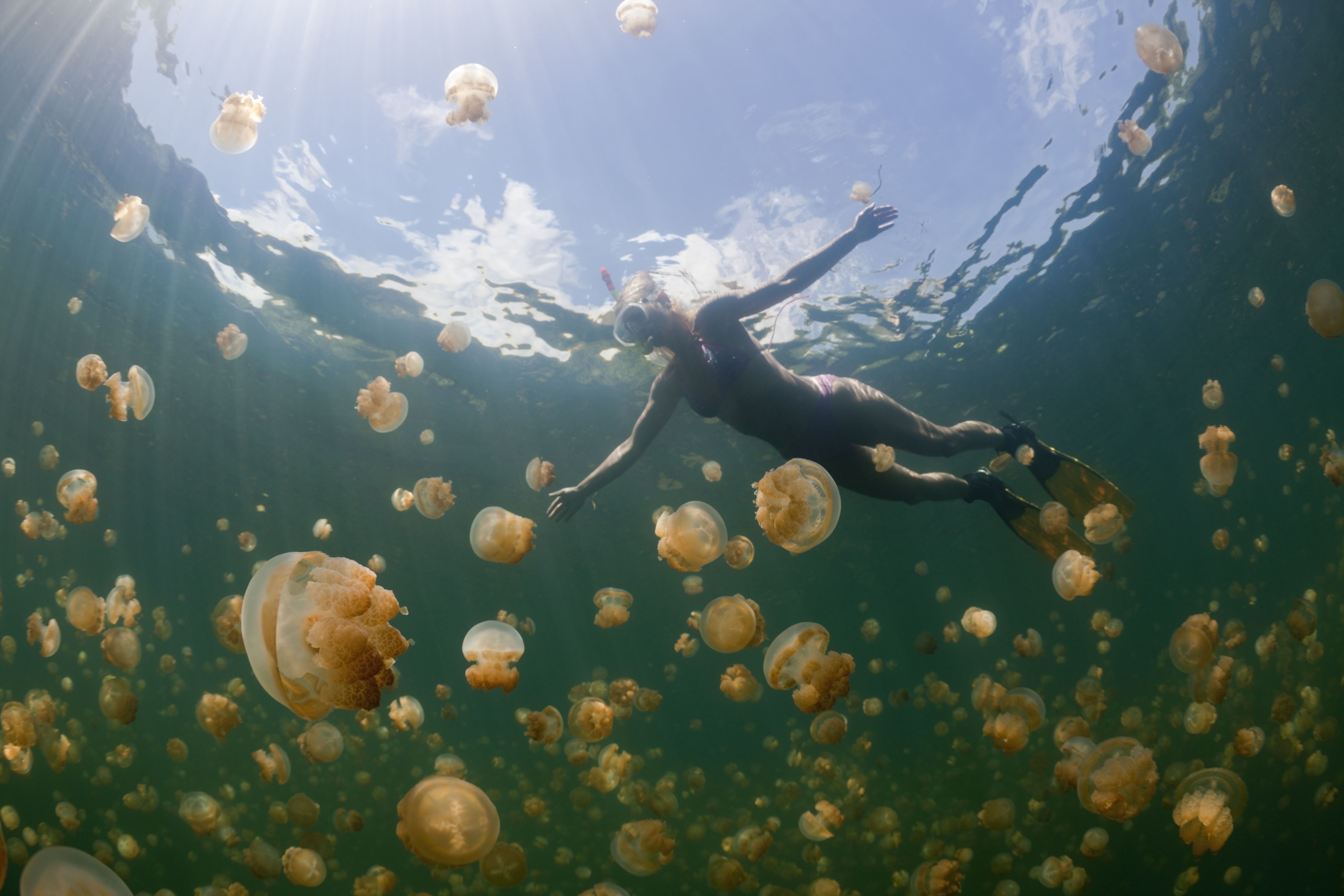 Formed more than 12,000 years ago, Jellyfish Lake is located at Eil Malk island in Palau. Eil Malk is part of the Rock Islands, comprised of over 70 different marine lakes. Golden jellyfish have found a home in this mesmerizing oasis, by swimming through underwater fissures and tunnels that connect to the surrounding ocean. Adventurers looking to visit can purchase a lake pass, which lasts for 10 days, for $100. 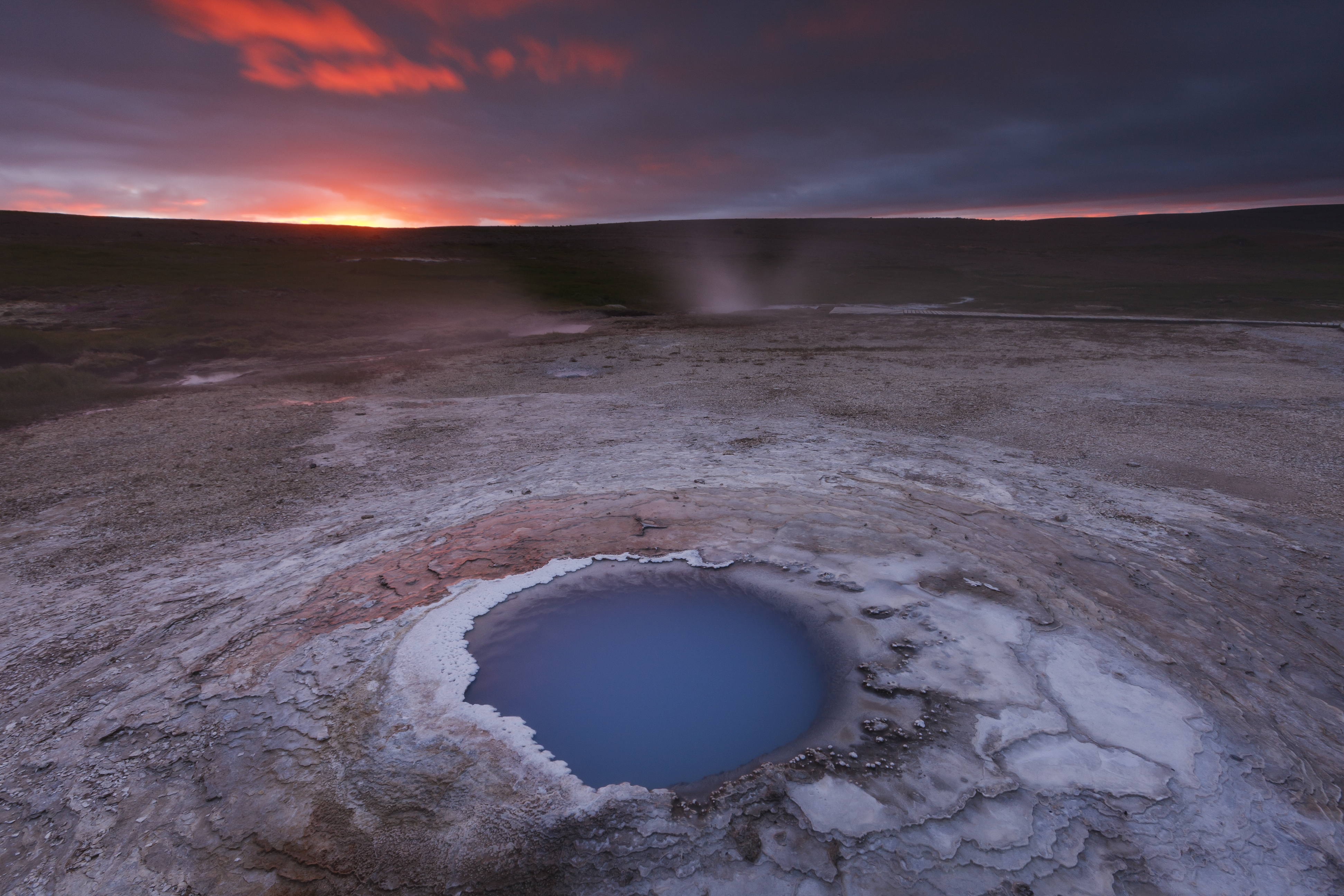 Located near the interior of the island, Hveravellir hot springs is the perfect place for water lovers to explore. The area is surrounded by hot pools and geysers. There are also multicolored pools such as Bláhver, Bræðrahverir, Eyvindarhver and Öskurhólhver that visitors can dip their toes into. The Hveravellir spring is especially popular as it has low temperature pools perfect for lounging. 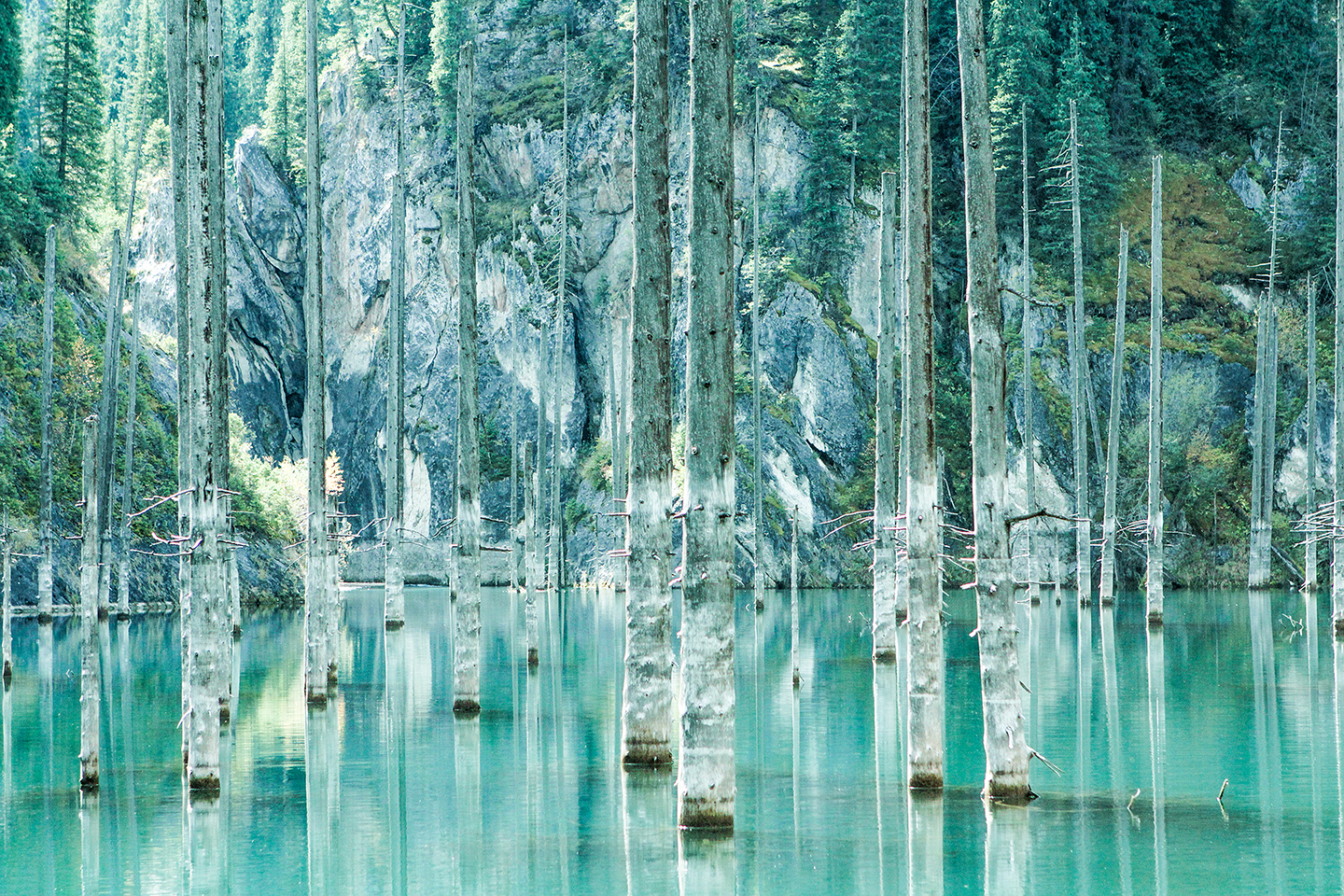 Lake Kaindy is a sight to behold- large submerged trees break the surface of the water in a stunning display. (Getty)
Getty Images/EyeEm

Lake Kaindy was created after the great 1911 Kebin earthquake triggered a massive limestone landslide that formed a natural dam. This underwater wonder, also known as the “sunken forest,” features many tree trunks jetting out from the water that have been preserved by algae the lake’s cold waters. 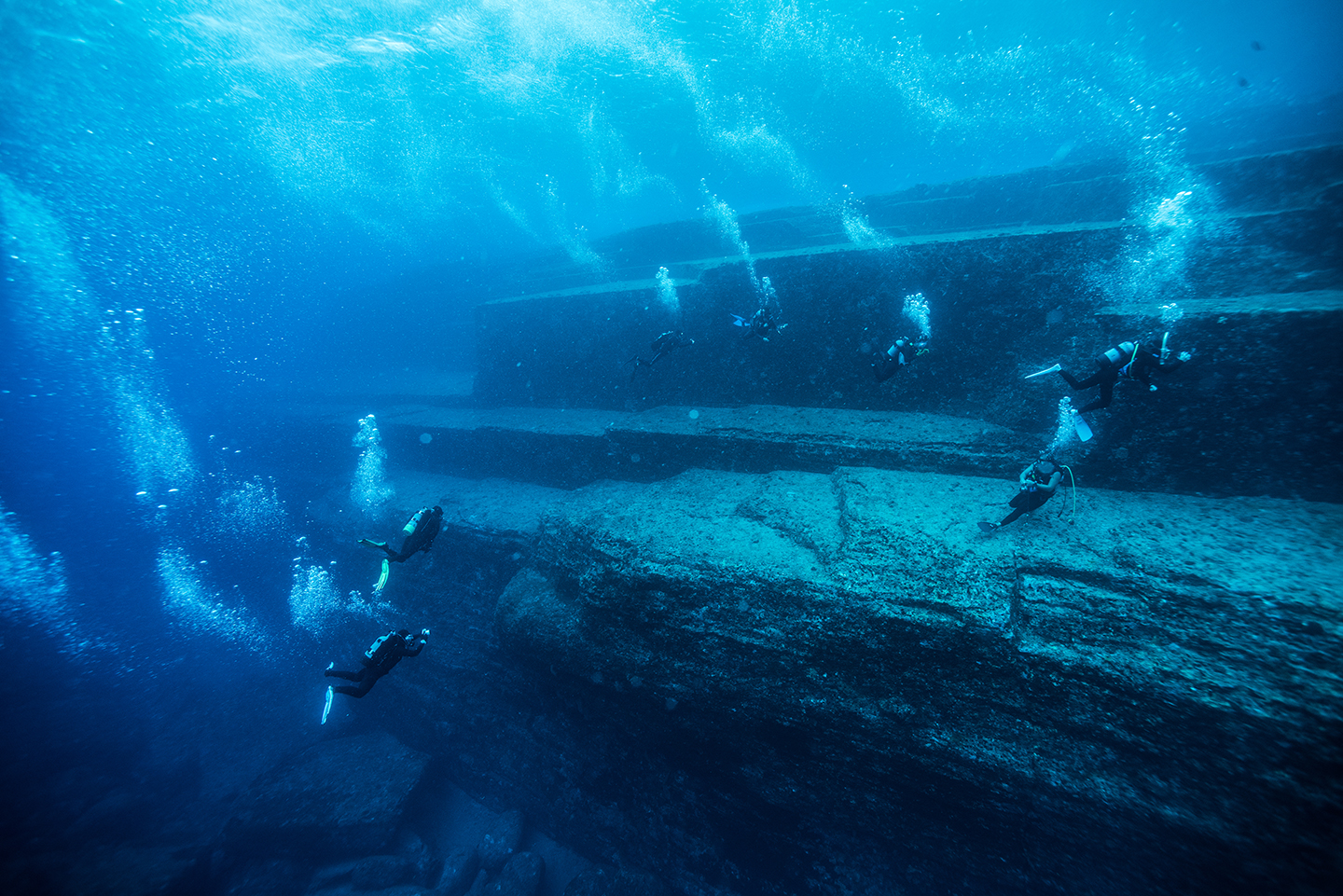 There’s an ongoing debate as to whether or not the Yonaguni Monument is naturally or artificially made, but that shouldn’t stop you from seeing the magnificent site. Visiting the underwater “steps” will make you wonder: was there a palace at the top of these slabs? When did they get here? How did they get here? Researchers are still looking for the answers. 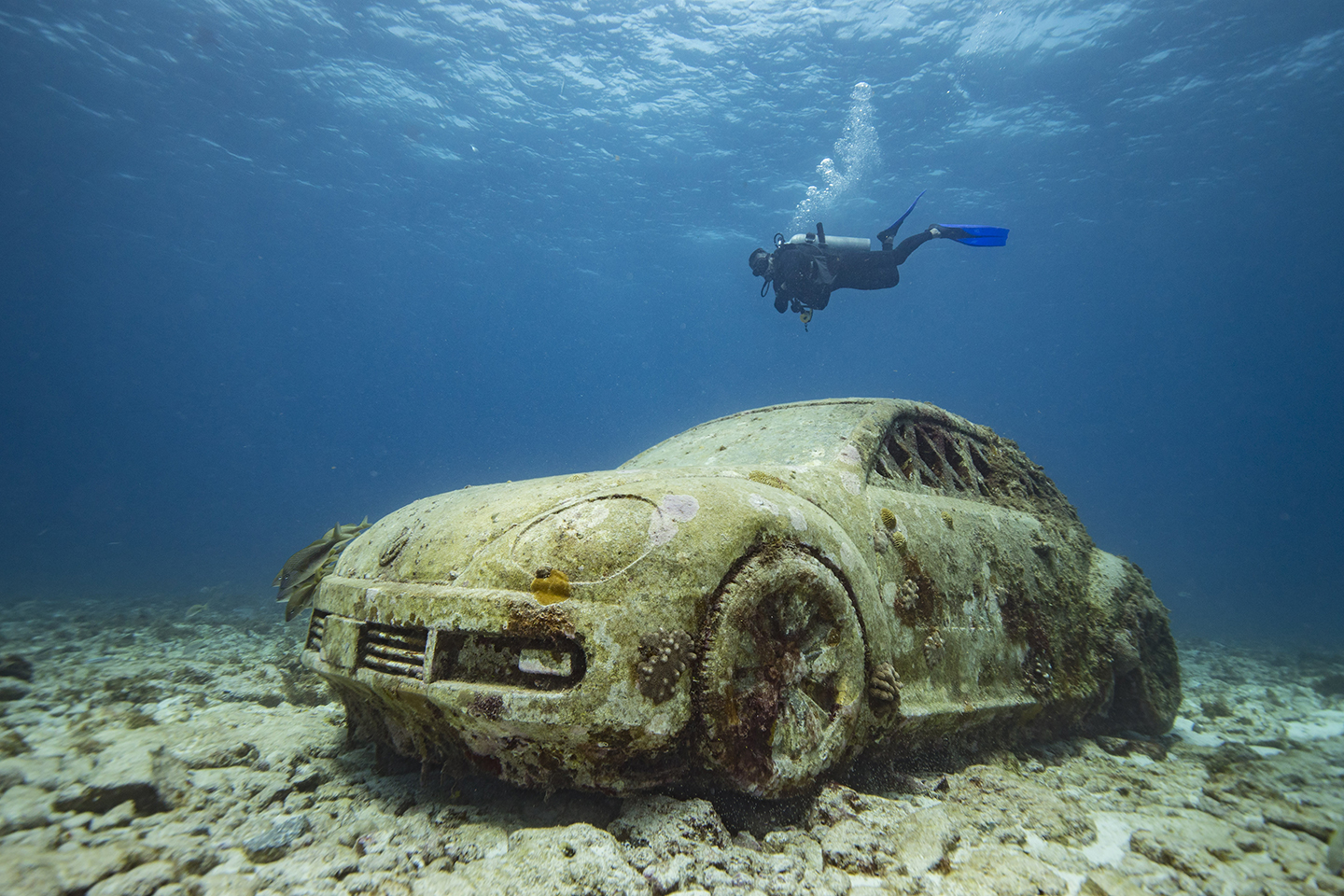 Consisting of 500 sunken sculptures, the Cancun Underwater Museum is a non-profit organization that works to save the nearby coral reefs. This watery wonder opened in 2010, over 200,000 people visit the museum every year. Thanks to this organization, coral reefs and marine life in the area are beginning to flourish once again.