How an Extremely Busy Person Should Approach Dating 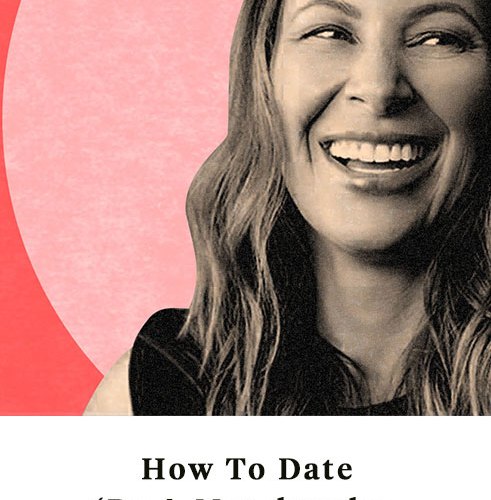 As the founder of matchmaking agency Three Day Rule, Talia Goldstein has paired some of the world’s most eligible (including billionaire!) bachelors with the partners of their dreams. (“We measure success in a ton of marriages and engagements and babies,” she says.)

Goldstein, who’s based in California, says the average San Francisco guy struggles with the same problems as her clients in L.A., New York and elsewhere: a too-packed schedule. “You’re on the bus to Google, then you’re working at Google, and then you’re on the bus home and you’re exhausted,” she says.

Ease and efficiency are her matchmakers’ calling cards: they manage all the heavy lifting for clients, from sifting through potential matches (and screening for dealbreakers like religion and interest in kids) to coordinating a photo shoot for your profile pic. And while clients undergo this rigorous process, anyone can sign up for free to be a potential match.

So here, just in time for Valentine’s Day, is Goldstein’s best advice for the extremely busy dater — from the guys best suited to dating apps to what never to do on a first date.

InsideHook: Before we get into matchmaking, let’s talk about dating apps. It seems like such a small percentage of matches end up in dates — what’s happening there?

Talia Goldstein: What’s happening is that people are on multiple apps, and they see [matching] as an ego boost. They just want to match with a cute girl — it’s a little bit more of a fun game. A tiny percentage of matches lead to meeting up in person.

What else is going wrong with apps? It just seems like they take so much time and there’s like only very rarely a payoff. What do people get wrong?

It’s incredibly time consuming. And I’m convinced that people are constantly swiping past their soulmates. With apps, people are focused on something pretty narrow, in terms of what they’re looking for in a partner: someone who looks a certain way, has a certain job, or even a particular height. They’re swiping past people who are amazing for them.

So who’s actually a good candidate for dating by app?

The people who have the most success on apps are the ones who are already pretty self-aware — and they are willing to be surprised. They’re willing to go on a date with someone who might not match up perfectly with their grocery list of attributes.

I always thought it was crazy how many guys had their height in their profiles — until I talked to multiple women friends who would only swipe-right on guys over six feet!

Men over six feet make up 14 percent of the population. Let’s figure half of them — 7 percent — are single. Now if you want someone who went to an Ivy League school, we’re at 2 percent. Do you really want to knock out 98 percent of the country? Once they understand that, they hopefully realize it doesn’t really matter — and if it still does, we’ll say, “If we serve you your perfect match, how short does he have to be to send him back?” Like, if this is your soulmate, but he’s 5’6” — should we ignore someone who could make you so happy?

What are some things guys get wrong in the early days of dating?

We work with a lot of successful women, and they’ll say, “I’m making decisions all day in my job — I want him to pick a dinner spot plan or plan the vacation.” Women really want to let go of that role when they are on a date. They want the men to take charge.

I feel like that’s so tricky, because I know some women who, by contrast, really want to play a role in those decisions.

What’s the best policy on handling the bill on the first date?

We think that the man should at least offer. If it’s very important for the woman to contribute, then she should make that known. And if she doesn’t want to, then she absolutely shouldn’t offer — it’s confusing for men. What the men really want is to feel appreciated — to get a sincere thank you.

Who’s the best candidate for a matchmaking service?

Usually the people who work with us are super busy, super successful professionals, and they truly don’t have the time to go out and online date. Also, they might be very private, and don’t want a public profile out there. It’s a process they have to commit to. When you’re working with your matchmaker, we’re asking a lot of in-depth questions, from your childhood to what you’re looking for in a partner. We’ll ask you for photos of your exes, so we can get a sense of what you’re looking for. And then we’ll match you.

How does that work?

We find all the people who could be potential matches, and then we do the same meeting with them — we’re asking all the hard questions so you don’t have to: religion, kids, all that. One of the really valuable things about it is that you don’t have to go into a date wondering about someone’s core values — big dealbreaker stuff. “Does she want kids? What’s the deal with her religion?” It’s much easier to be present on the first few dates when you already know the answers. I just met with a woman yesterday who had dated someone for three months — then he broke it off because he didn’t want something serious and she did. She never asked him — she just assumed.

What are some real dealbreakers?

Some people care about politics — one of the main ones now is not dating a Trump supporter. Different love languages: how you show and receive love. For others, their [match’s] financial stability or their upbringing, or just generally do they want the same thing. That’s the problem when you’re meeting people on apps — you have to look for an opportunity to ask and then see how that feels. We always go over the details of a potential match before introducing you – including photos and a full bio. In addition, our members get several sessions with a separate dating strategist. It’s sort of like therapy but all love-related. We do a photoshoot — we can even offer styling. It’s a 360-degree view of who you are and what you need.

And what happens after the date?

That might be the most valuable part. We’ll go through the date with both people and help them understand what might have gone wrong if it wasn’t a match. In the real world, you get ghosted all the time, and you have no idea why. With our process, we’ll figure out exactly what happened, and you’ll become a better dater along the way.

What have your clients done wrong?

We had feedback with one client where the feedback was, after the date, [the match] was upset because he left his phone on the table — and it was a huge turnoff for her. We had another client who was a really successful, amazing entrepreneur — every time we put him on a date, the woman would say he’s amazing, but something was off. They’d say, “I liked him, but he was hard to read.” And finally we realized he was shaking the [date’s] hand! He thought he was being respectful, but his dates felt like he was signaling a lack of interest.

Is there a hard-and-fast rule for phones on a first date?

It’s so hard to have a romantic connection unless you’re present. And even [with the phone] face down,  you’re not really present.

What if you’re traveling all the time, or split between two places?

We can work with that — we’ll set up dates in each place. Maybe that will mean you need to make some sacrifices; it might mean staying in a city a little bit longer. We stack dates over the course of a few weeks, and then they’re off and traveling again. So I’d ask yourself, Is it a priority? If love is a priority, you have to treat it like a job.