Designed by Steve Jobs and Stephen Wozniak in 1976, it doesn't come with AppleCare 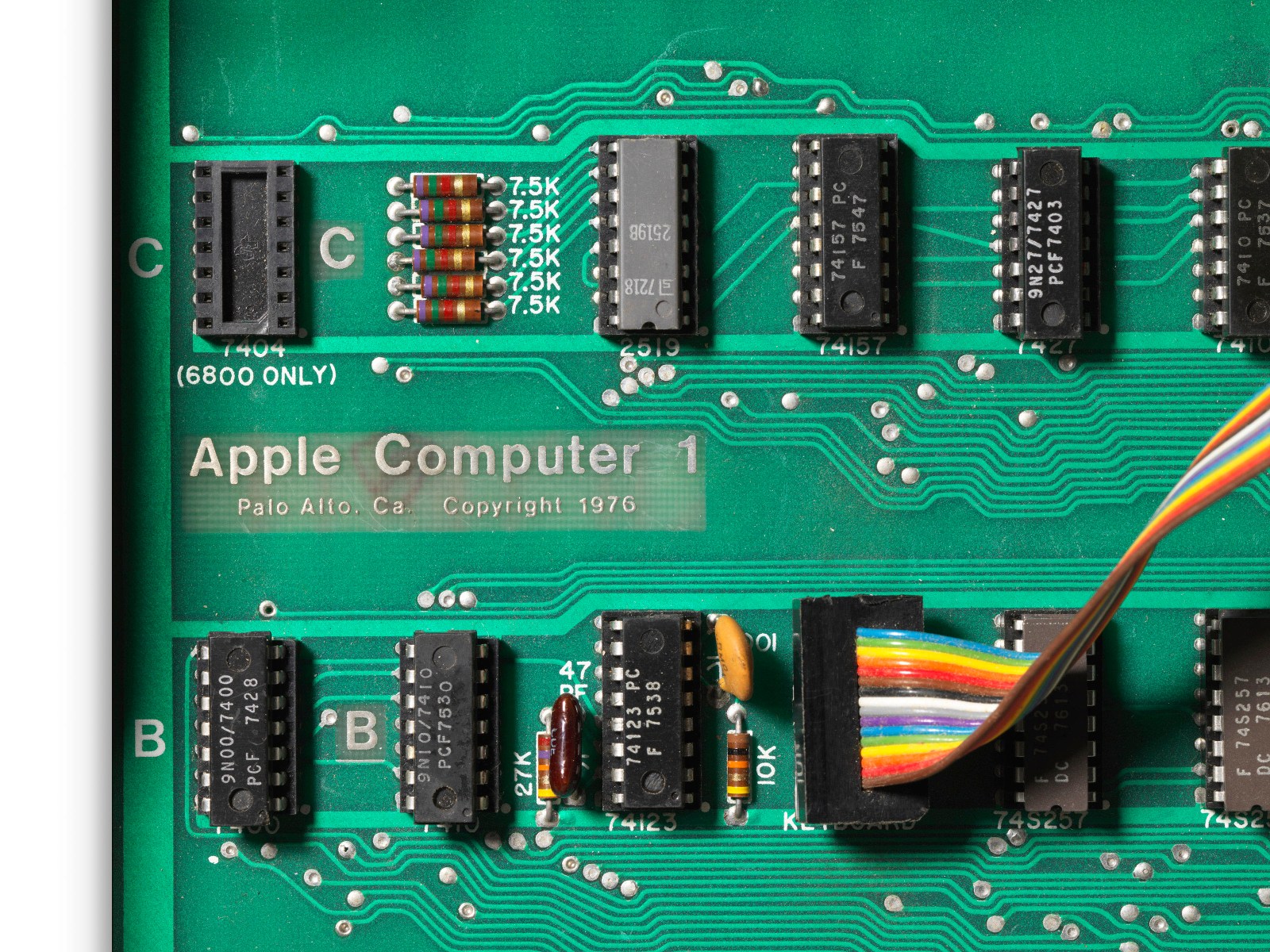 The first ever Apple computer, the “herald of the home computing revolution and of the internet age” is coming up for auction at Christie’s this week. AppleCare is definitely not included.

The Apple-1 was the first ever home computer to be sold with a motherboard for your average Joe, the auction house explains. Designed by Steve Jobs and Stephen Wozniak in 1976, this particular computer that will be up for grabs on Thursday, May 16, has done a bit of traveling.

After being purchased privately in 1977, this Apple-1 was eventually donated to a non-profit organization in 2009, according to Christie’s, before being purchased for a private collection the following year. It wasn’t until 2014 that it was bought up by its current owner, who evidently saw the value in such a model and decided to put it up for auction.

Original owners of the Apple-1 — which was officially discontinued in October 1977 after the far-superior Apple-II was developed — were offered trade-in discounts on the newer model if they wanted an upgrade. Those Apple-1’s, according to Christie’s, were then destroyed and broken down for parts, making the few that survived incredibly valuable.

Jobs described the Apple-1 in his company’s first advertisements as, “[a] truly complete microcomputer system on a single PC board…Since the Apple comes fully assembled, tested & burned-in and has a complete power supply on-board, initial set-up is essentially ‘hassle-free’ and you can be running within minutes.”

As the legend goes, Jobs and Wozniak built Apple out of Job’s garage. After the pair built the Apple-1, their first big sale was an order for 50 computers from the Byte Shop, a small local retail outlet, according to Christie’s. To fulfill it, the pair recruited their friends and family members to help build the computers and had to sell off their personal possessions, like a VW van and HP-65 calculator, to buy the necessary parts to put together that many Apple-1s. Helpers worked furiously thought the home, in different rooms to get the order in on time.

Only 200 Apple-1 computers were ever made in total and it’s estimated that just about 80 still exist.

Fifteen Apple-1 computers are currently on display in public spaces like the Smithsonian Museum of Art but others that made their way back into private homes sold at auctions for $387,750; $671,400 and $905,000, respectively. The Apple-1 originally sold for a much more reasonable, if not bizarrely priced, $666.66.

This latest auction, which will begin on May 16, is considered special because the computer will come complete with its originally designed and “extremely rare” first manual issued by the Apple Computer Company.

“Although not credited in the text, Ronald Wayne is well known to be its author,” Christie’s explains of the owner’s manual. “The elder-statesmen of the Jobs-Wozniak-Wayne trio, Wayne drew the first Apple logo that appears on the cover of this pamphlet, drafted their partnership agreement, and wrote the present manual. His original logo symbolically connected the nascent Apple Computer Company with an important scientific precedent: Sir Isaac Newton sits beneath an apple tree writing on several loose sheets, the glowing apple of inspiration above him, as if about to fall and sprout forth innovation.”

The computer is estimated to go for as much as 650k according to some reports.