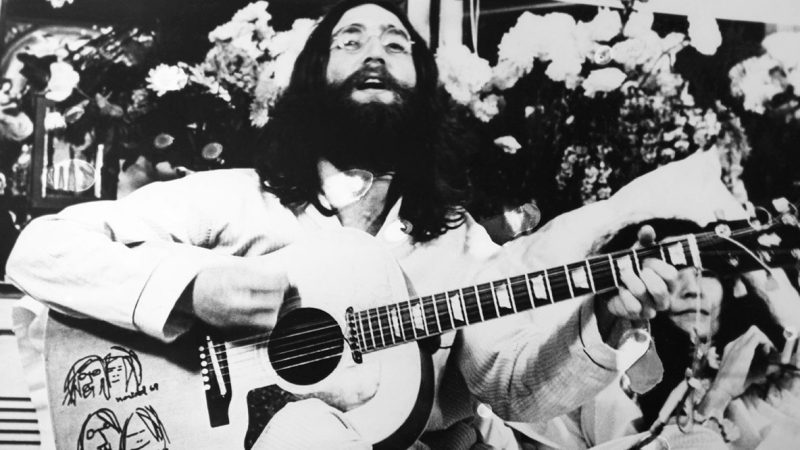 Beatle Paul McCartney and American rock legend Neil Young dueted on “A Day in the Life” and the John Lennon solo track “Give Peace a Chance” at the two-weekend Desert Trip festival in southern California.

Spread over the weekends of October 7-9 and October 14-16, the 2016 Desert Trip festival’s first half saw headliners McCartney and Young join up on October 8 for two of the songs most closely associated with the deceased Lennon.

“A Day in the Life,” taken from 1967 album Sgt. Pepper’s Lonely Hearts Club Band, has been incorporated into live sets from both Paul McCartney and Neil Young “so we thought we’d do it together for you tonight,” the former told a cheering audience in Indio, California.

At its crescendo, the performance segued into the chorus from John Lennon’s 1969 single “Give Peace a Chance,” with the audience encouraged to sing loudly.

Desert Trip headline acts for October 14-16 include Bob Dylan supporting The Rolling Stones on the Friday, Young and then McCartney on Saturday, and The Who preceding Pink Floyd’s Roger Waters on Sunday.

Watch McCartney and Young perform in the video below.