(Frank Maddocks)
By Will Levith 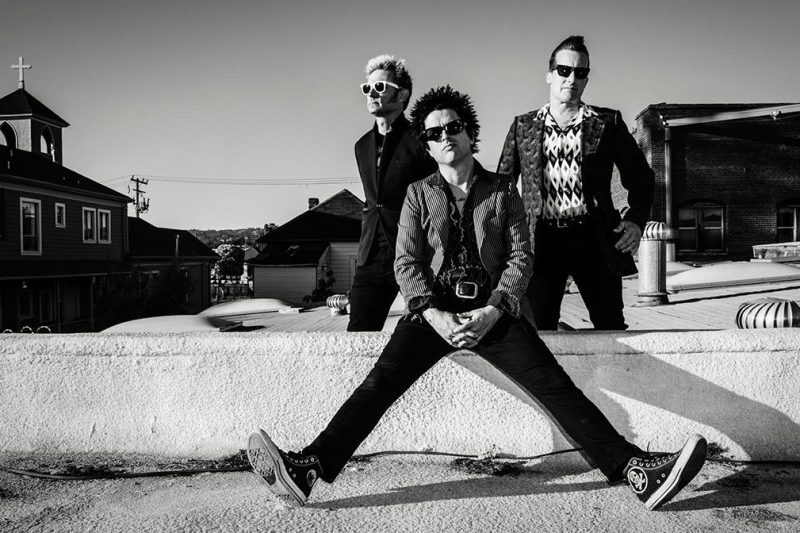 If you grew up in the ’90s, you’ll remember Green Day’s breakthrough smash-hit album, Dookie, chock-full of slacker anthems and proto–pop punk stylings. Grunge fans were chomping at the bit after Nirvana’s untimely demise, and many flocked to the upstart Oakland band to satiate themselves. The band’s third album, Dookie would end up peaking at No. 2 on the Billboard charts, and go on to sell 20 million copies worldwide.

The album put what was once a scruffy Bay Area punk group squarely in the mainstream, and they never really left. Since then, they’ve scored a string of hit singles (see “Good Riddance [Time of Your Life]“); and found themselves in the middle of another watershed moment in ’04, with the release of their seventh studio album, American Idiot. It has since sold 15 million copies worldwide, won the Best Rock Album Grammy in ’05, and been turned into an award-winning musical, as they did something Cobain could never have imagined: storm Broadway.

After a trilogy of lukewarmly received albums dropped in 2012—as well as a series of inter-band issues—Green Day went on an unofficial hiatus. In the time between, lead singer and songwriter Billy Joe Armstrong kept himself busy, acting in a movie, scoring a play, and recording a covers/duets album with Norah Jones.

But three years in, he started getting the itch to write again, and the band hit the studio to work on their 12th studio album, Revolution Radio.

Armstrong recently discussed the forthcoming album’s first single, “Bang Bang,” with Rolling Stone, which he said was inspired by “the culture of mass shooting that happens in America mixed with narcissistic social media.” The resultant song, he says, “freaked me out.” It’s part of an album that Armstrong explained in a press release “…is a movement for lost soulds to come together…dance together…sing together…and most of all, find each other.”

Read more about the new Green Day single and album here. Listen to the new single below.