Who Is Censoring Your In-Flight Movies?

The cutting of key scenes from "Rocketman" and "Booksmart" have caused backlash. But who's responsible?

We’ve all encountered it at one point or another — you’re on a long flight looking for a distraction, so you pull up one of your favorite movies on the in-flight entertainment system only to discover midway through that something’s not quite right.

Oftentimes, it’s rooted in the fairly reasonable belief that people don’t want to watch plane crashes when they’re hurtling through the sky at 35,000 feet, but even those revisions can be clunky; an edit of Almost Famous I caught on a recent flight cut the entire turbulence scene and the “…and we’re all about to die” reference to it from William’s Stillwater article, leaving Ben Fong-Torres to excitedly respond “Dark!” to “I’m flying high over Tupelo, Mississippi with America’s hottest band.”

But more often than not, the content edited out of in-flight movies has less to do with keeping nervous passengers calm and more to do with a seemingly arbitrary set of standards. Yesterday, Olivia Wilde called out Delta for editing out her movie Booksmart‘s same-sex love scene along with anything that could be interpreted as a reference to female sexuality — even the words “vagina,” “genitals” and “lesbian.”

It’s not the first time Delta has been criticized for editing out non-heteronormative displays of affection from movies on its flights. The Booksmart controversy comes just days after the airline was called out for showing an edited version of the Elton John biopic Rocketman that was “stripped of almost every gay reference or scene … including a simple chaste kiss.” Passengers upset with the edit also noted that a scene in which John is physically abused by his manager was kept in, sending the message that violence is somehow more palatable than two gay men sharing a kiss.

Before Rocketman, the version of 2015’s Carol the airline showed edited out any displays of affection between the two female leads, and an edited version of Bad Moms ditched a kiss between two women while keeping a heterosexual makeout scene.

In a 2017 article by The Advocate called “Why Is Delta Censoring Gay Kisses in Its In-Flight Entertainment?“, the airline apologized for the Bad Moms edits, deflected the blame to the third-party company responsible for censoring the movie and promised that it would no longer offer edited versions of movies that don’t “reflect the diversity of our employees and customers.”

“Because we don’t have rights to edit movies to our own standards, Delta has committed to not showing a film at all when an edited version is required but goes beyond omitting explicit material to remove scenes that reflect the diversity of our employees and customers,” their official statement read. “We’re sorry we missed this one.”

They’ve obviously missed a few more since then, and in response to this week’s Booksmart and Rocketman controversy, the company put out another statement insisting that they did not ask for any LGBTQ content to be removed.

“Delta’s content parameters do not in any way ask for the removal of homosexual content from the film,” the statement reads. “We value diversity and inclusion as core to our culture and our mission and will review our processes to ensure edited video content doesn’t conflict with these values.”

A Delta spokesperson told Variety that the company collaborates on its in-flight entertainment with film studios as well as a third-party editing company that provides edited versions of movies as well as unedited versions. If anything in the unedited version of a particular movie doesn’t meet Delta’s guidelines, the airline opts for the version edited by the third-party company “regardless of whether further aspects of the film that don’t violate Delta’s guidelines have also been removed.”

So if Delta’s not responsible for the controversial edits, who is? And how do they determine what makes the cut? It’s hard to say exactly in this case, because as The Washington Post notes, Delta declined to identify the editing company they work with, and they also declined to tell Variety what their standards and guidelines for in-flight movies include.

There are a number of companies devoted to providing in-flight entertainment options to airlines, and while they often get the blame for any controversial edits, they insist that they’re working within parameters provided to them by each client.

“Each airline will provide the distributors with their censorship guidelines and distributors will work with them on the edits — for example, nudity, implicit sex scenes, religious representations, plane crashes, competitor airlines’ logos, swear words and images or mention of pigs or pork for Muslim carriers are the general items that are edited,” Jovitah Toh, CEO of Hong Kong-based Encore Inflight Limited, said in a recent interview. “We offer the airlines the choice of a theatrical/broadcast version or an inflight edited version.”

One of the largest in-flight entertainment editing companies, Global Eagle Entertainment, works with over 60 airlines worldwide. They won’t go into specifics about edits of particular movies, saying they don’t comment on “contract-specific items.”

But their vice-president of corporate communications Mike Miller was quoted as saying, “We dub and edit movies for global audiences, including children on board, and at the same time we are required to obey local laws and local religious sensitivities. That includes for sensitivities across Europe, the Americas, Asia, Middle East and Africa. Each airline has its own requests and we respect our customers’ wishes.”

Global Eagle also reportedly analyzes data to determine which movies are being watched most by passengers on each of their airline clients to make sure they’re providing similar content and adds more family-friendly features during the summer when more families are traveling together on vacation.

Of course, as Wilde pointed out, movies that aren’t suitable for children still come with a “parental advisory” warning on planes, and passengers should know what they’re getting into. In a recent red carpet interview, she promised her fight over Booksmart‘s censorship isn’t over.

“There’s censorship, airline to airline, of films, which there must be some kind of governing board to determine,” she said. “We rate it a certain way. If it’s not X-rated, surely it’s acceptable on an airplane. There’s insane violence of bodies being smashed in half and yet a love scene between two women is censored from the film. It’s such an integral part of this character’s journey. I don’t understand it. My heart just broke. I’m trying to get to the bottom of it; I want people to experience the entire film.” 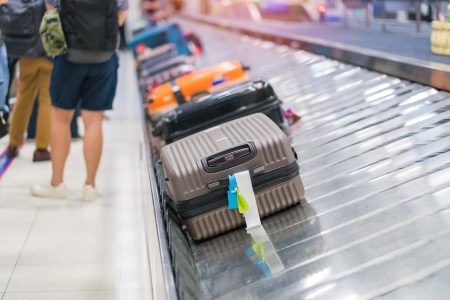 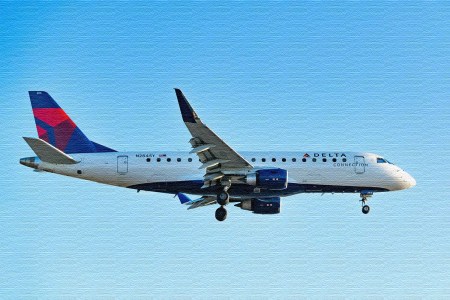 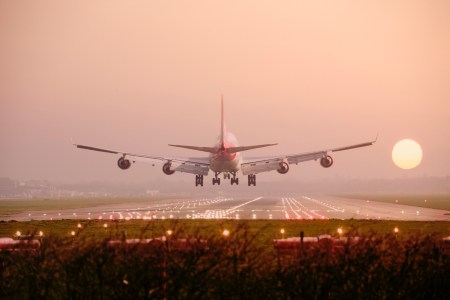 At Least a Few Airlines Were on Time This Year