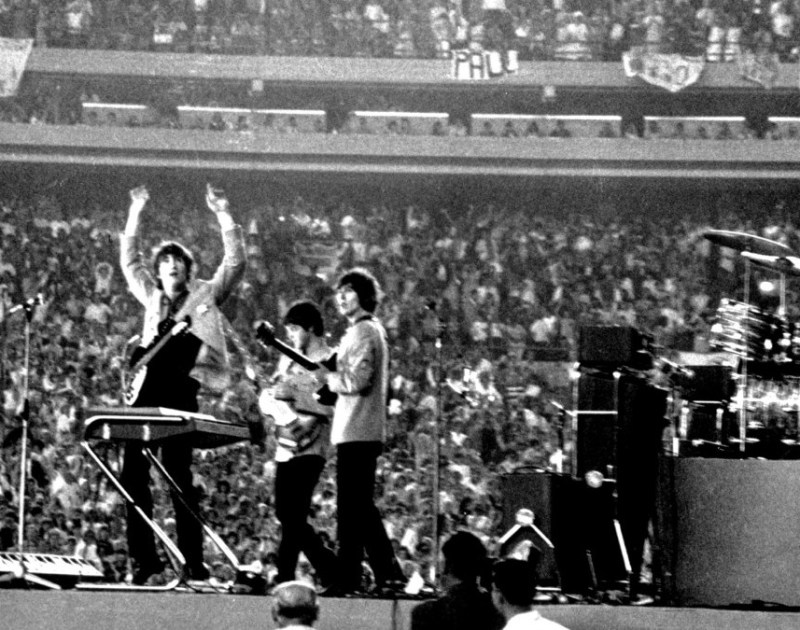 55,600 fans. That’s how many packed New York’s Shea Stadium to watch the Beatles on August 15, 1965, the largest crowd they had yet faced. This concert continues to symbolize the frenzy around the group and also helped convince the band to give up on touring and focus on the studio, reasoning that the crowds were too loud and massive for them to be heard (or hear themselves).

Oscar winner Ron Howard looks back on the Beatles touring years with a new documentary scheduled to hit American theaters on September 16. Made with the blessing of Paul and Ringo (and John and George’s widows), it includes exclusive footage of the Beatles and focuses on the years 1962 to 1966, as they went from a group essentially unknown in America to one that managed to fill all five slots in the Top Five at one point in 1964.

Watch the trailer for The Beatles: Eight Days a Week: The Touring Years below. At bottom, take a quick look back at their Shea concert, complete with Ed Sullivan intro.