Denzel Washington strides forward, stares straight at the camera and delivers an order: “Speak, if you can. What are you?” It’s a grey day, and Macbeth is standing with his adjutant Banquo on a beach somewhere, we’re not exactly sure.

What is clear is that three witches are about to seal his fate. They are played by Kathryn Hunter in a performance that is emotionally and visually spellbinding. It’s one of several astonishing moments in an endlessly surprising film.

With The Tragedy of Macbeth, director Joel Coen and cinematographer Bruno Delbonnel cracked a code that has baffled filmmakers for decades. They capture the immediacy of theater and the intimacy of film, all in a square, black-and-white box. It’s a spiky, fleet-footed version of Shakespeare that communicates directly to viewers.

“Theater is abstract to begin with,” Joel Coen explains about choosing an approach to the movie. “When you do something in black and white, it’s instantly abstracted, you’ve already abstracted the image. But you’ve abstracted it in a way that is also immediately intelligible to everybody.”

Coen is screening his film at CCK Jordanki, a huge auditorium that resembles something out of Bedrock City. It’s the opening night of EnergaCAMERIMAGE, the film industry’s annual celebration of cinematography in Toruń, Poland. He huddles with cinematographer Ed Lachman before climbing onstage to introduce the film with Delbonnel.

The two will meet several times with press and fans, embracing the festival’s informality by taking questions from students, professionals, volunteers, basically anyone. Some answers are more pointed than others (“That’s a student kind of question,” Delbonnel snarks), but Coen and Delbonnel are refreshingly open about their process.

Coen admits he wasn’t interested in the project at first, turning his wife Frances McDormand down when she asked him to direct a stage version. “I wouldn’t know what to do,” he says. “But if you want, I’ll think of it as a movie.”

Coen didn’t think of Macbeth as a movie in a literal sense: “Let’s go outside and find a castle and have people riding on the heath on horses, and shoot it in real locations.” What he wanted to do was find a purely cinematic way to perform the play.

Coen also tried to avoid the temptation to provide a new “skin” to the more-than-400-year-old source material (scholars date Macbeth somewhere between 1606 and 1607). “Shakespeare on the moon or in Sarajevo, Richard the Third during the Third Reich — we wanted to strip the play to its essence, as opposed to overlaying it withsome other, more brutal kind of interpretation. Often I think that’s the mistake people make when trying to make Shakespeare contemporary.”

“Craig thought it was wrong to run towards realism when you do Shakespeare,” the director says. “The way he put it, the plays are more dreamlike. They shouldn’t be in a conscious place, but in a less real place. That was a kind of lodestar in terms of directing and photography.”

“When he called me three years ago,” Delbonnel adds, “he said, ‘I don’t want to go to Scotland. It’s going to be a very fast shoot, everything on a stage, that’s it.’

“We decided to be very abstract,” he continues. “So basically a wall is just a wall. It’s not a Gothic wall or a Roman wall, it’s just something separating one space from another. That’s it. Since I’m not identifying a wall, I became interested in not justifying the light either. “

Most cinematographers today would be afraid to make a decision like that. Their movies are built around realistic schemes in which lighting sources are clearly identified. A face is lit by a lamp or a window or daylight.

But Delbonnel didn’t use “practicals” for the most part. Instead, he designed lighting for each scene, each individual shot. When Macbeth descends a staircase after murdering the grooms, for example, the lighting doesn’t match the previous scene. “It was about building a scheme that follows the language of Shakespeare and the way Joel wants the scene to play. It’s kind of a musical score.”

Take Macbeth’s soliloquy, “Is this a dagger which I see before me?” Coen and Delbonnel stage it in a corridor lined with columns and arches. Washington slips in and out of shadows as he recites Macbeth’s lines. The camera dollies before him, the lens pushing in on his face. There’s a shot from his point-of-view, a shot of his feet. “Very simple in terms of blocking,” as Delbonnel says.

“The first discussion I had with Bruno about the way to do it was about having the light and shadow be a rhythmic element as he’s walking down the corridor,” Coen says.

“There’s something about the rhythm that I don’t understand,” Delbonnel admits. “Shakespeare’s English is too complicated. On top of that, there is something very specific to English poetry which doesn’t exist in French poetry. But that doesn’t mean I had to give up.”

“As Bruno said, the language has a meter. The footsteps have a meter,” Coen adds. “But the production footsteps weren’t always falling where I wanted them to fall.”

Coen had his editor replace Washington’s footsteps with a new recording of footsteps. Then the director decided to shorten the scene, which meant reconciling when Washington went in and out of shadow.

“Macbeth is in shadow at the beginning of the scene,” Delbonnel points out. “I could have lit it, but why? It would have been totally different. Here, he starts walking, and Shakespeare’s meter, Joel’s blocking, the lighting — everything works together. And the whole movie is based on this one scene.”

Since the movie is set in medieval times and shot in black-and-white, many festivalgoers wanted to compare it to Ingmar Bergman’s films. Delbonnel will admit that his work is a homage in part to Gunnar Fischer, Bergman’s cinematographer on The Seventh Seal. But The Tragedy of Macbeth‘s visual inspirations run deeper.

“We were looking at Dreyer,” Coen agrees. “Also at [F.W.] Murnau, in terms of how he did the exteriors for Sunrise. We looked at movies that had the same parameters — like ones that were set-bound.”

“I think our inspiration was more about how filmmakers solved problems,” Delbonnel says. “[Dreyer’s] The Passion of Joan of Arc is a good example of how you work with sets, with closeups. Because the closeups in Joan of Arc are fabulous.”

One technique that intrigued Delbonnel was moving lights during a scene.

“I was physically moving lights, which is very complicated,” he says. “You put the editor in a very complex situation because it’s difficult to match shots.”

As Lady Macbeth sits on her bed, the lights on the wall behind her subtlely shift up and down, intensifying her character’s psychological instability. Worried that he was drawing attention to the effect, Delbonnel slowed down his motion — only to learn that Coen sped it up again in post-production.

“The light was moving on the wall behind her, but it wasn’t on her face,” Coen remembers. “I showed it to Bruno and I said, ‘This is very interesting, but maybe we made it too slow.’ And Bruno said, ‘Well, it’s a simple matter to rotoscope her out and change the speed of the light behind her.’ So that’s what we did in that particular case, which we couldn’t obviously do if the light was moving all over the set and also on a character’s face.”

That give-and-take marks the way Coen and Delbonnel collaborate. The cinematographer previously worked with both Coen brothers on Inside Llewyn Davis and The Ballad of Buster Scruggs.

“I think anybody observing us from afar would think we’re having very frank and no-drama conversations about everything,” Coen remarks. “This movie was a little bit different because we had the luxury of a very long conversation before we started pre-production. That luxury turned out to be absolutely essential, because we had somehow come to a meeting of minds in terms of what direction we were going. Even though we may not have known all the specifics.”

“For me, our collaboration is all about ‘What if?’,” says Delbonnel. “Even on the set it’s about, ‘What if we do this?’ But it’s a question — it’s not, ‘We should do this.’ And Joel might answer, ‘But what if we do that instead?’ So it becomes answering with another question and then suddenly it’s obvious that the camera has to be here, or that’s what we should do. So it’s really an open conversation.” 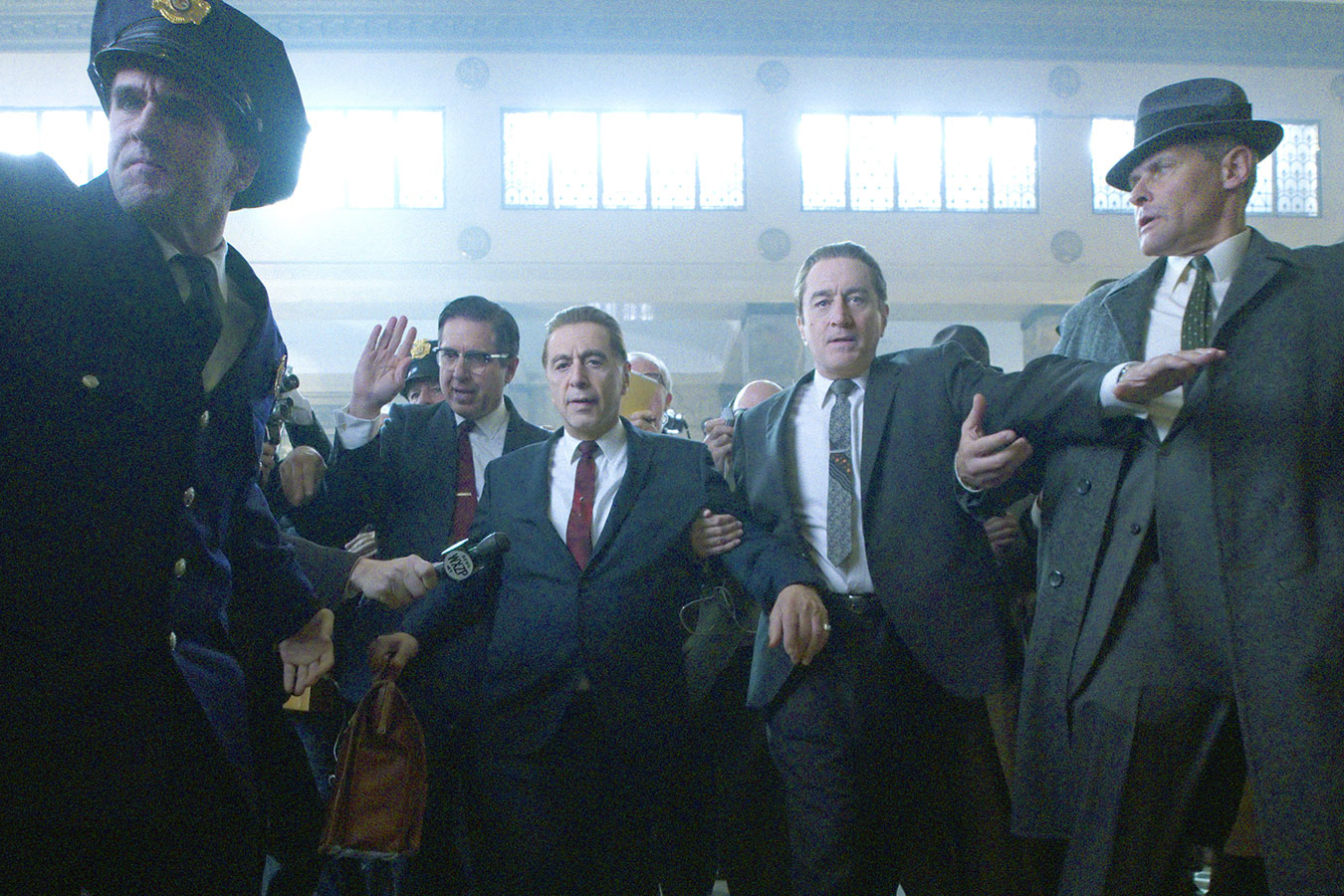 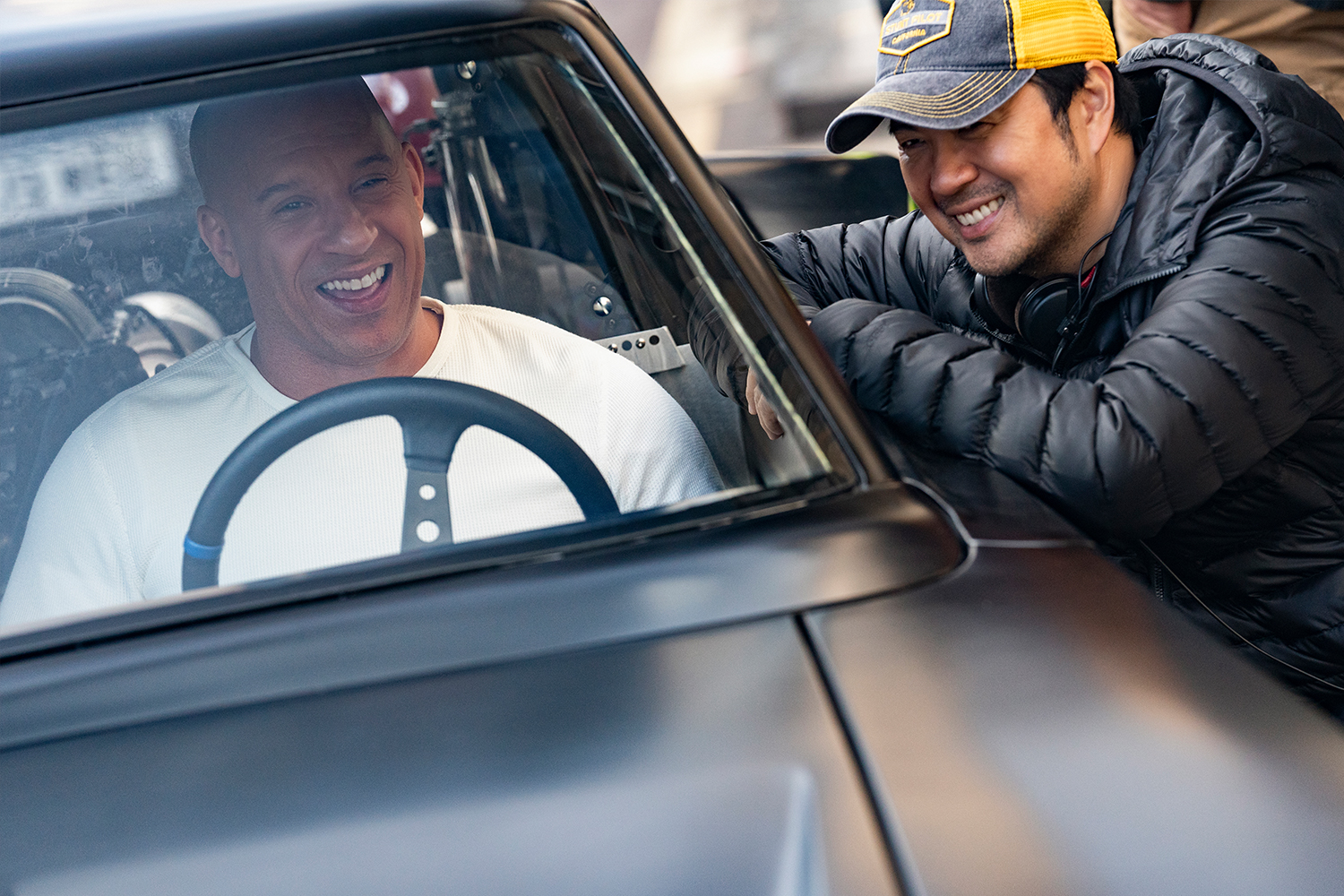 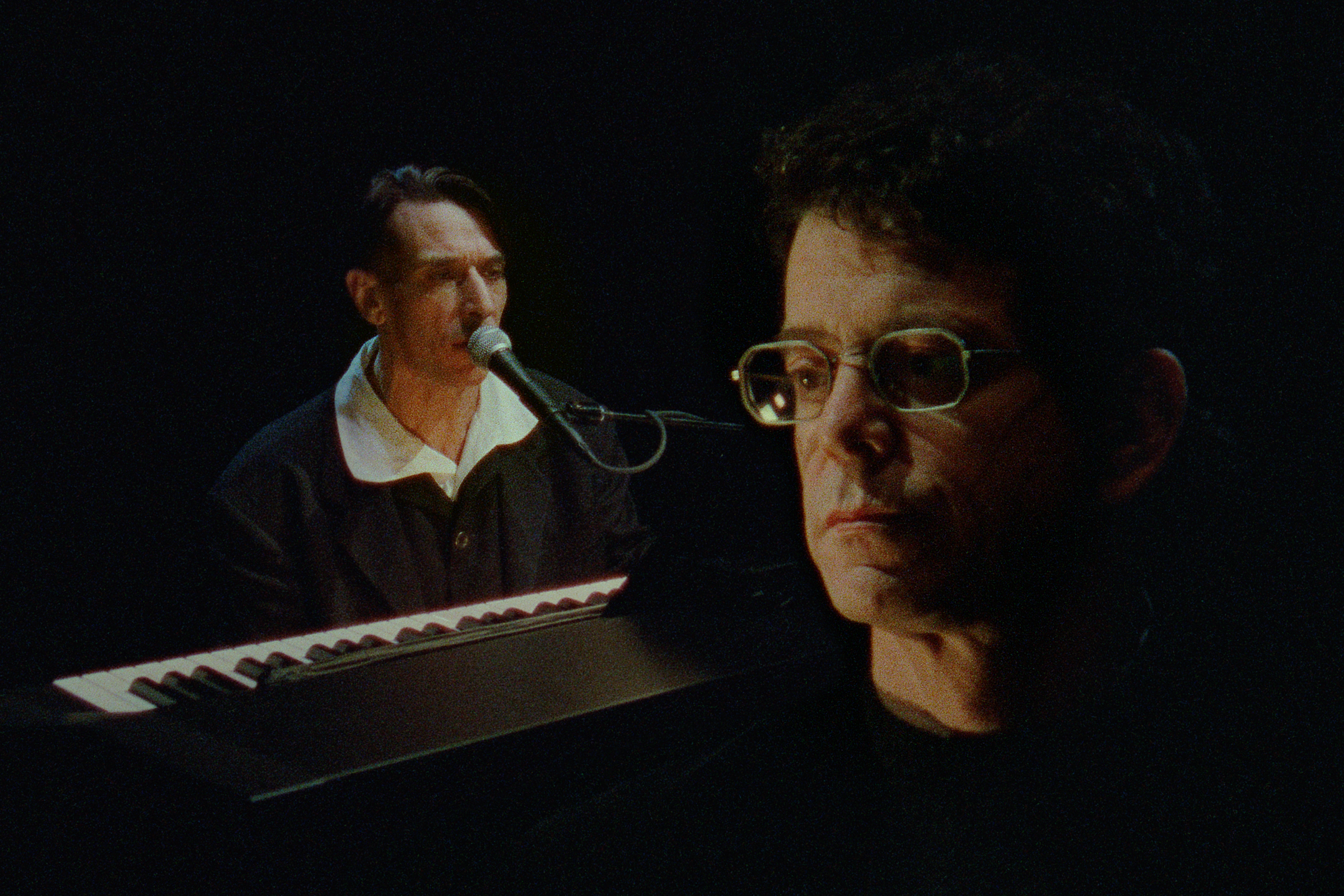