In show business, momentum is everything. When a hotshot young director makes a movie that gets a warm public reception from critics or audiences, they’ll try to put their next project in motion while the buzz is still a-buzzing, aware that there’s a finite window within which they can tout their salability and relevance to industry types. Filmmaking team Anna Rose Holmer and Saela Davis found themselves in this enviable position back in early 2016, as their debut feature The Fits — directed by Holmer, edited by Davis, written by both — came to theaters. The surreal drama about a girls’ dance troupe plagued by mysterious seizures reaped a fresh round of the praise that had been building since well-feted festival premieres at Venice and Sundance. Impressed arthouse audiences waited with bated breath for an announcement of the duo’s next move, but setting aside a music video with James Blake and an episode of The OA, the years ticked by without a proper follow-up.

“This has been very personal and very profound for us,” Holmer tells InsideHook at the offices of A24, distributor for her and Davis’ long-awaited sophomore effort God’s Creatures. “We were keeping it close because we wanted to be able to create privately. It’s easier to work without, uh…” She trails off, taking time to choose her words carefully. Knowing that I’ve only got so many minutes on the clock, I offer: “People breathing down your neck?” She laughs. “Yeah, exactly.”

Reorganizing themselves as co-directors, a label that they consider a more “honest representation” of their current professional dynamic, these women were only interested in pursuing another feature-length project if they could do it their way — that is, the right way. The  gutting, generous and gorgeously wrought God’s Creatures was made possible by a firmness and determination in their process, which hinges on intensive hands-on labor over expedited corner-cutting. With rigor and patience at every stage of production, they brought the personal humanism of the theater to cinema, a medium that lives and dies with deadlines and budgets. Diligent and unhurried, they exemplify the most precious skill set someone in their field can have, as crucial as directing itself: the ability to facilitate the circumstances under which an artist can excel. Auteurs often talk of “fighting” for every scrap of their integrity and artisanship in a system intent on streamlining its output to a faster, cheaper ideal. Going their own way down a distinctly independent path, Holmer and Davis prefer the word “advocating,” both for their characters, their collaborators and themselves.

Two years would crawl by after The Fits came and went, its creators’ curiosity un-piqued until a drama set in a nameless, weatherbeaten fishing village along the Irish coast landed on their desk. Fodhla Cronin O’Reilly and Shane Crowley’s script needed a director, and got more than that in the two it attracted; the collected brain trust would spend two and a half more years fine-tuning the screenplay, a period during which Davis and Holmer made several pilgrimages to the county of Kerry, where Fodhla’s brother showed them the ropes of oyster farming. As visitors to an unfamiliar land, the pair instantly recognized the value of their co-writers’ expertise in pinpointing a particular sense of place. “Shane’s writing voice is very poetic, very novelistic,” Davis says. “Having intimate conversations around how we envisioned the film — the soundscape, the movement, the tensions we tried to elicit onscreen — let us create a more nuanced cinematic language. It was joyous, having his voice as we developed the script.”

The story they devised has an almost Biblical simplicity, in keeping with the “mythic cycles” they discussed while tinkering during the writing phase. Prodigal son Brian (Paul Mescal) returns to his rural seaside home from Australia, much to the elation of his kindly Christian mother Aileen (Emily Watson), though an accusation of a heinous crime by a local girl (Aisling Franciosi) soon throws a pall over their reunion. Aileen’s resolution to vouch for her dear boy’s innocence, and ensuing doubt over the truth of his claims, throws her into a spiral of moral ambivalence that brings her cozily provincial life crashing down all around her. She’s protecting more than just her son when she stands by him, as Davis breaks it down, unable to reject the layers of herself she’d have to in order to confront the ugliness right in front of her face.

During the marathon script sessions, cracking Aileen’s at-times counterintuitive psychology was the main undertaking. For a tale caught between mortal piousness and frailty, Holmer and Davis understood that deep-tissue character analysis would be of paramount importance to a cast with training from the stage, the milieu in which the actor-director bond is at its most sacred. They allotted for an extensive rehearsal period in a hotel vacated by COVID that would give everyone the space to build vital trust and learn how to communicate with one another. “The way we prefer to direct is a quiet one-on-one,” Holmer says. “We don’t give direction to the room. It’s personal, it really is. Having that rehearsal time is critical, for us.”

“You develop a shorthand,” Davis explains. “We sometimes direct through our bodies, making sense in our own way. It’s about how they’re feeling, how they’re holding themselves. We’d have times where we could just go up to Paul and whisper ‘shoulder,’ and he’d know exactly what we meant. We got to know everyone separately, really came to see their individual needs and how best to work with them.”

The directors extended that extra-mile assiduousness to every department on set, in particular the cinematography from Chayse Irvin dialed in to the lush yet barren scenery they remember from those trips to Kerry. The choice to shoot on pricier, riskier 35mm film as opposed to digital video was an absolute must in their mission to create a lived-in, “out-of-time” feel — Davis name-checks Andrey Zvyagintsev’s Leviathan as a reference point for its “fable quality” — though this also posed a daunting set of obstacles. For one, a finite amount of film stock limits the number of do-overs for actors, hence the necessity of rehearsal; “Paul and Emily knew, every take has to be the take,” Holmer says. More pressing were the realities of getting the footage processed, no simple undertaking when you’ve set up shop in a remote sector of countryside with more fish than people. “There were no labs for developing film,” Holmer recalls. “Every day, we’d drive many hours down to Dublin and ship the previous day’s footage out to a facility somewhere else.”

“We had some concerns about how quickly we’d be able to get access to dailies,” Davis says. “But everyone was supportive of this goal. Our line producer looked us in the eyes and said, ‘I will figure out how to make this work.’”

As with every easy way out the directors refused to take, the additional labor was worth it, evident in a finished cut with the same organic, handmade superior quality as the chunky cable-knit sweaters worn like a uniform around Aileen’s hometown. There’s no substitute for craft in a technically grounded and emotionally baroque mode such as this, its subject matter so sensitive that it can’t afford to be disingenuous. In the film, Aileen comes to realize that she’ll be judged for every decision she makes, their results visible in the end. As they made it, Holmer and Davis arrived at a similar epiphany. All good things take as long as they take, an eternal truism the directors are now heeding as they delve into the writing phase on another feature, though they won’t let slip a single solitary word about it. We can only hope that it won’t take another six years, though if it does, we’ll know why.

“We’re grateful to have had backing from Screen Ireland and BBC Films, serious public support from Europe — this is a foreign concept to us, as Americans,” Holmer says with a smile. “And A24 too, they came on with a really creative-forward system of support. We just seek out partners who champion these ideals. We wanted to protect collaborative processes, between ourselves and with our cast and crew. This industry isn’t always set up to support that.” 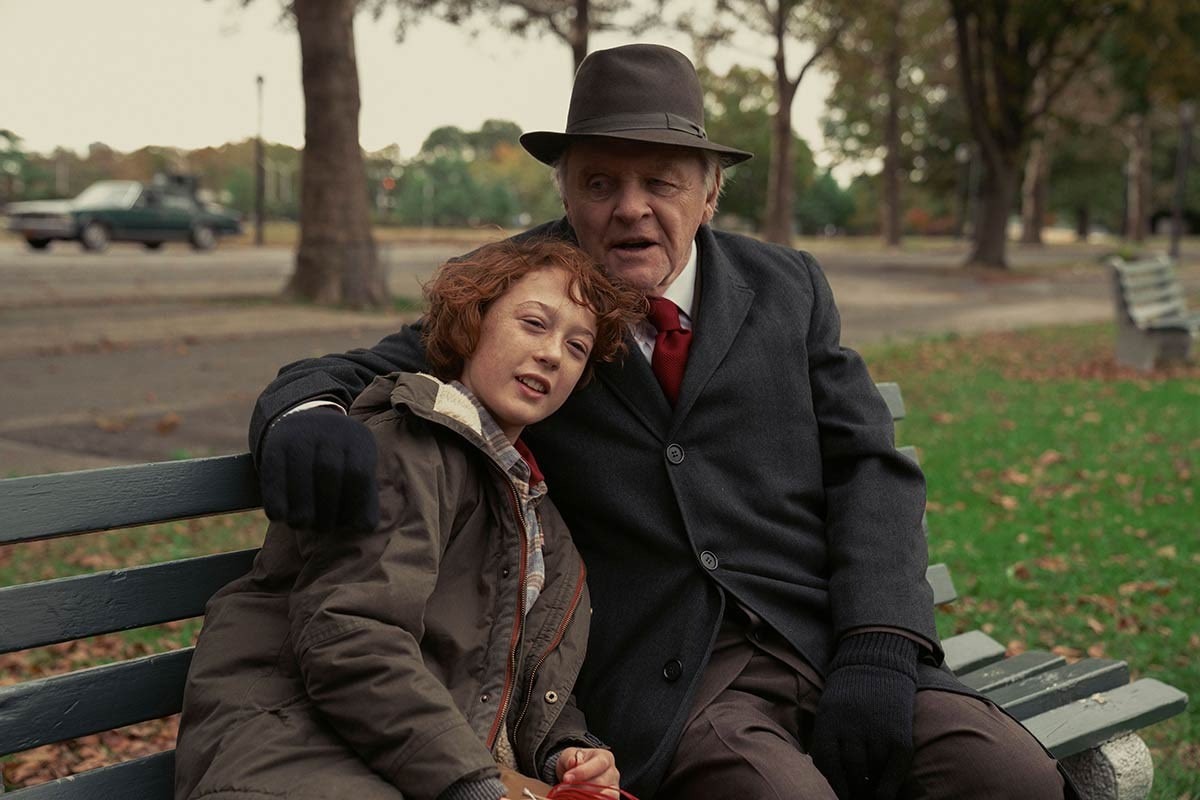 “Armageddon Time” and “Triangle of Sadness” Tackle Classism at Cannes 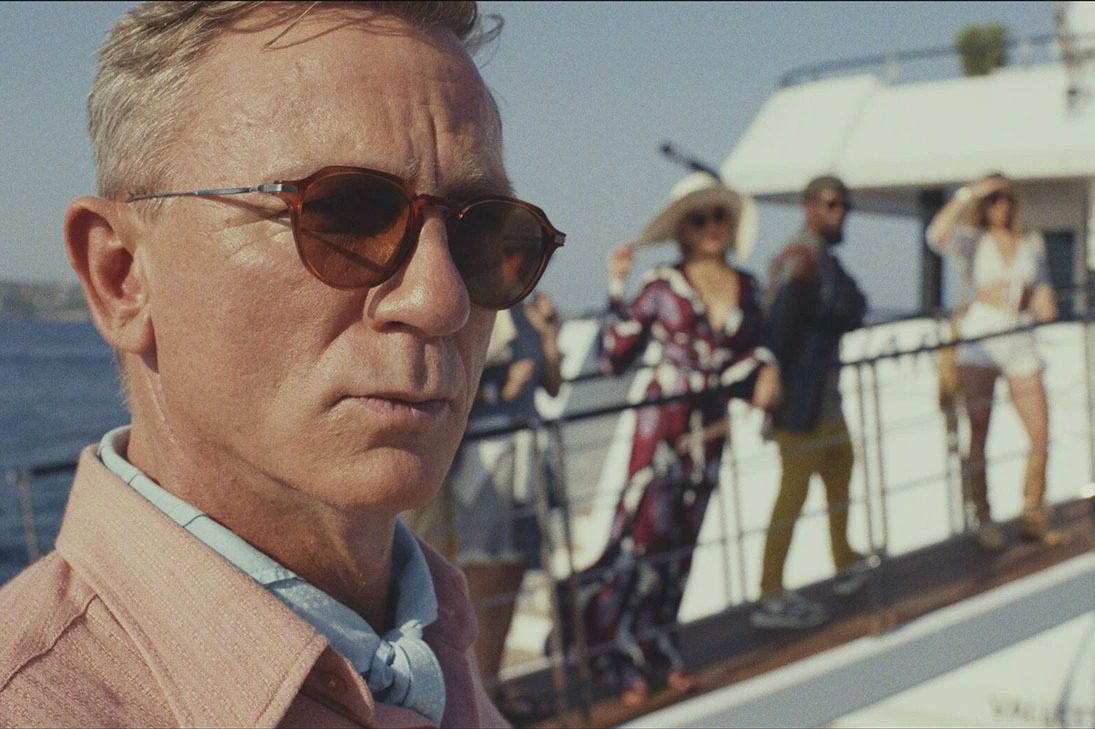 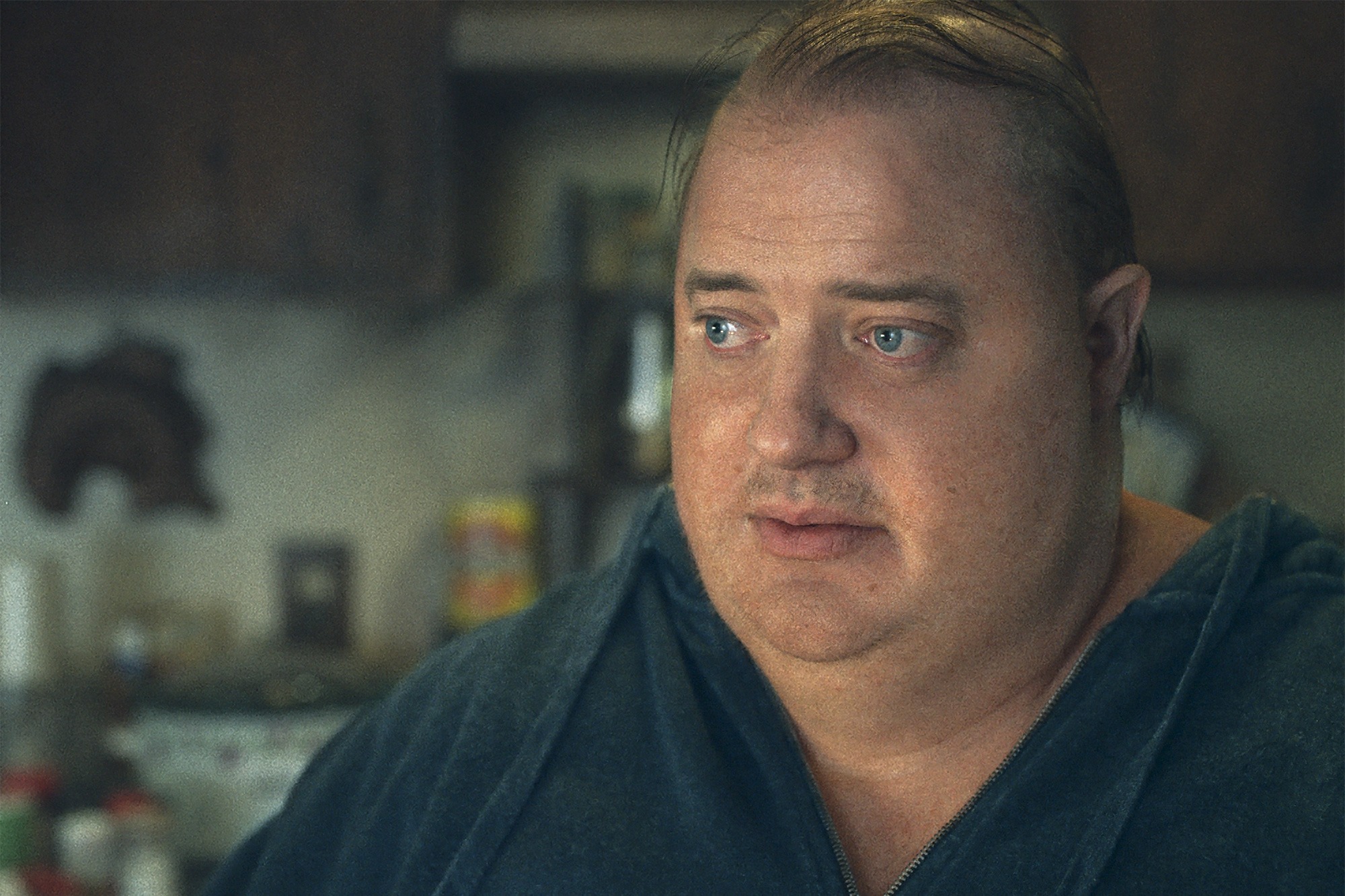