For starters: The year's most daring film and a surprise John Mulaney holiday special 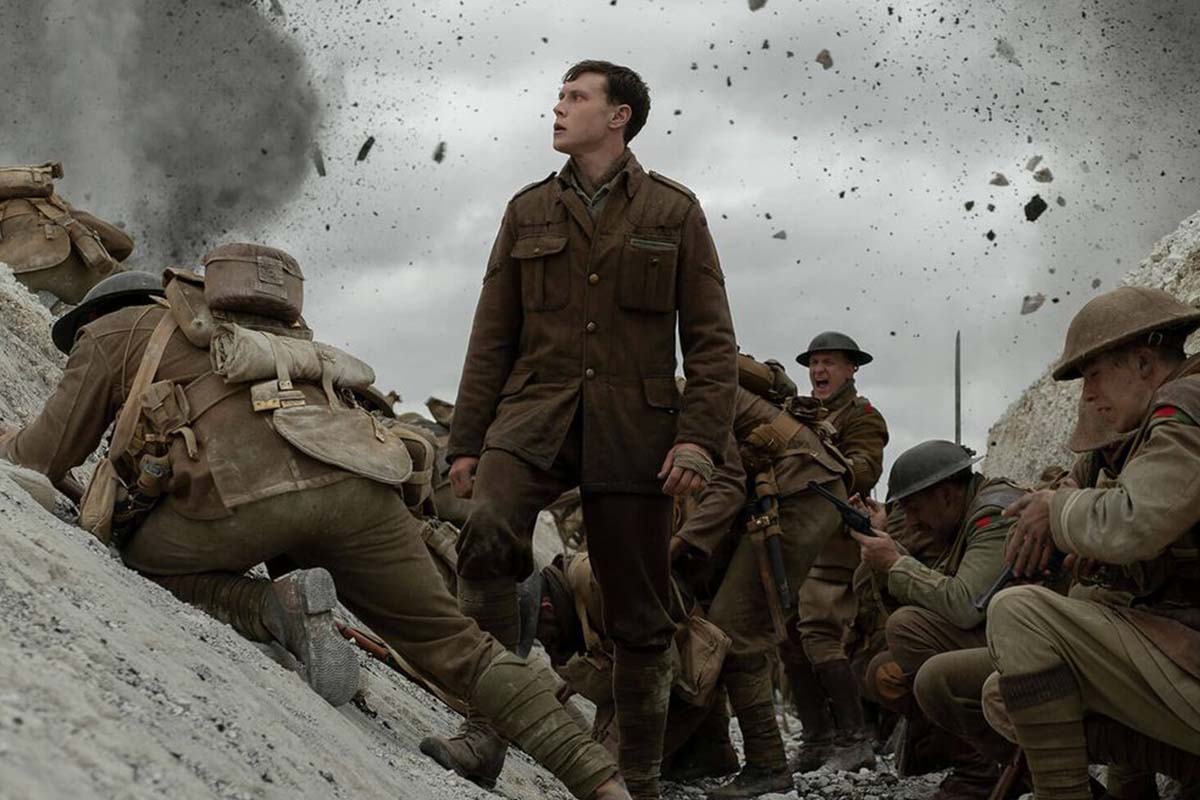 “The best war film since Schindler’s List” is a phrase you’re going to hear a lot about the new WWI film by Sam Mendes (American Beauty), which follows two young British privates who have to deliver an important message deep into enemy territory. What makes this so daring: The film is shot to look like it’s all done in one continuous take. (Dec. 25)

America’s favorite comic revives the holiday special in a variety-hour format last popular in the mid-’70s with this Netflix one-off. Mulaney is joined by the likes of David Byrne, Natasha Lyonne, Tony Award winner Andre De Shields and “Jake Gyllenhaal from the movie Zodiac” — along with a bunch of kids — for a family-friendly hour of jokes, songs and music. (Dec. 24)

BUY: Twin Peaks: From Z to A

The show that pretty much invented modern-day prestige television gets a limited-edition Blu-ray box set, collecting the first two seasons of the classic series, the Fire Walk With Me movie and the more recent, stunning-yet-frustrating limited series revival on Showtime. Also includes seven hours of behind-the-scenes footage, deleted scenes, interviews and a curated set of printed cards depicting scenes from The Red Room. (Dec. 10)

Reviving the tradition of a morning coffee and a newspaper, this new L.A.-based java subscription service (available weekly, monthly or “whenever”) delivers ethically sourced medium/dark roast beans alongside a newsprint ‘zine, which covers everything from Sweden’s post-war Million Program social housing project to an interview with the maker of hand-carved “lovespoons.” Plus, there are comics.

Jeff VanderMeer’s Southern Reach trilogy (which you might know via Annihiliation) was the most poetic and riveting dystopian series of the 21st century. Here, he continues to mingle bleak futures with the fantastical in a story involving interdimensional blue foxes, a giant fish with dangerous memories, invisible monsters and a war against an all-powerful corporation. (Dec. 3)

We mentioned the return of this art/erotica magazine back in September. There were delays, but now you can finally order Issue 13, which features 196 pages of fine art fashion and nude photography, along with an assortment of editorial features. Is there room for a sensual and artistic nude magazine in the 21st century? We have answers.

Every week we collect together the best 6-8 new songs, genre be damned — which is how we can recommend everything new from Paul McCartney to Dev Hynes to Soccer Mommy (pictured above).

If you’re more about full albums, this month alone we have new releases from Sufjan Stevens, The Who, XXXTentacion (final album) and a box set of early Muse recordings (Dec. 6) plus a new record from Harry Styles (Dec. 13).

Adam Sandler gets serious in the well-reviewed Safdie brothers crime thriller Uncut Gems (Dec. 13) … ICYMI, there’s a new Star Wars (Dec. 20) … Once Upon a Time In Hollywood comes to Blu-ray with plenty of new footage (Dec. 10) … Sports nerds get the coach’s special they deserve in HBO’s Belichick & Saban (Dec. 10) … And finally, 6 Underground is apparently the most Michael Bay-ish Michael Bay film ever, which you can watch from the not-embarrassing comfort of your home via Netflix (Dec. 13).