The 8 Best Historic Hikes Near LA

Skip Runyon and Griffith Park. There are better trails to be had. 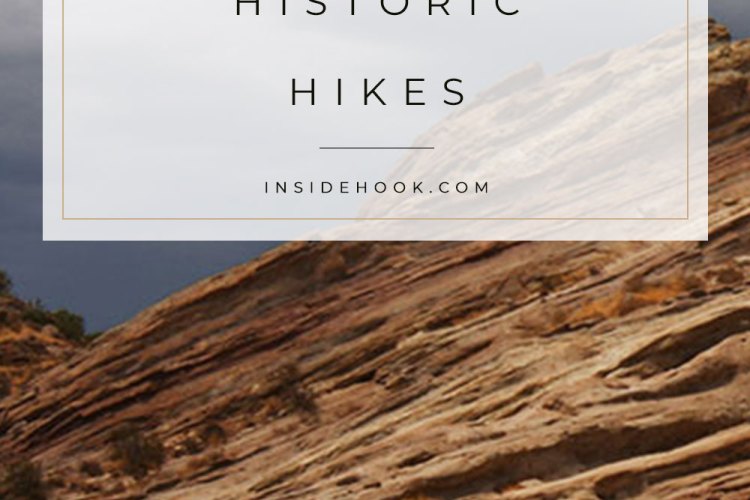 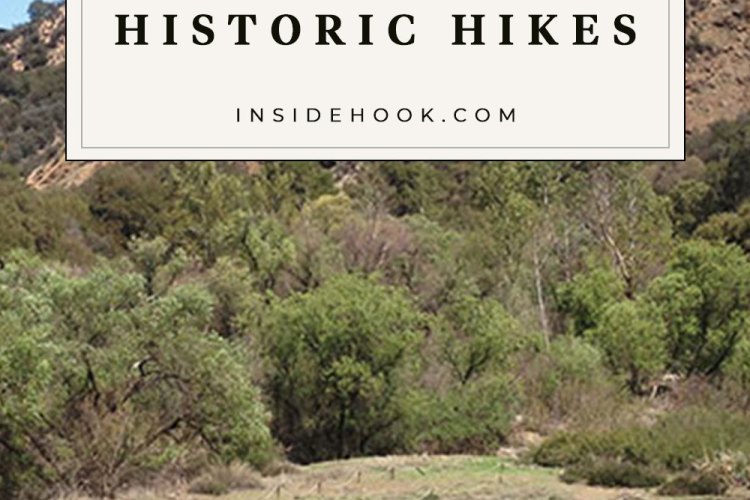 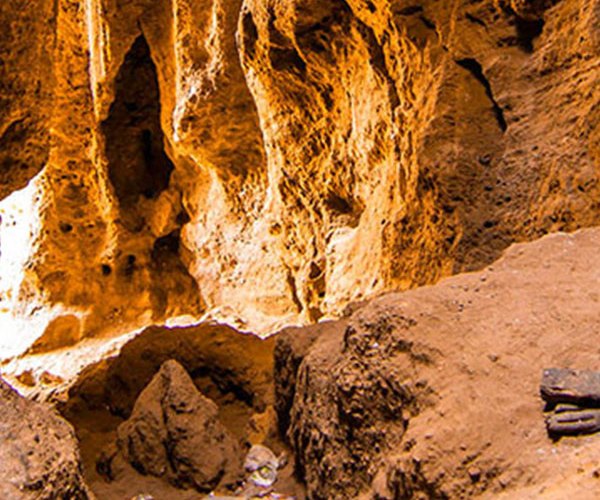 Most folks walk Runyon. Griffith takes its share. But head to the hills or hop a chopper and you’ll see so many trails zig-zagging L.A.’s hills you’ll think you’re in Middle Earth.

And you should explore every one. Starting with these eight. 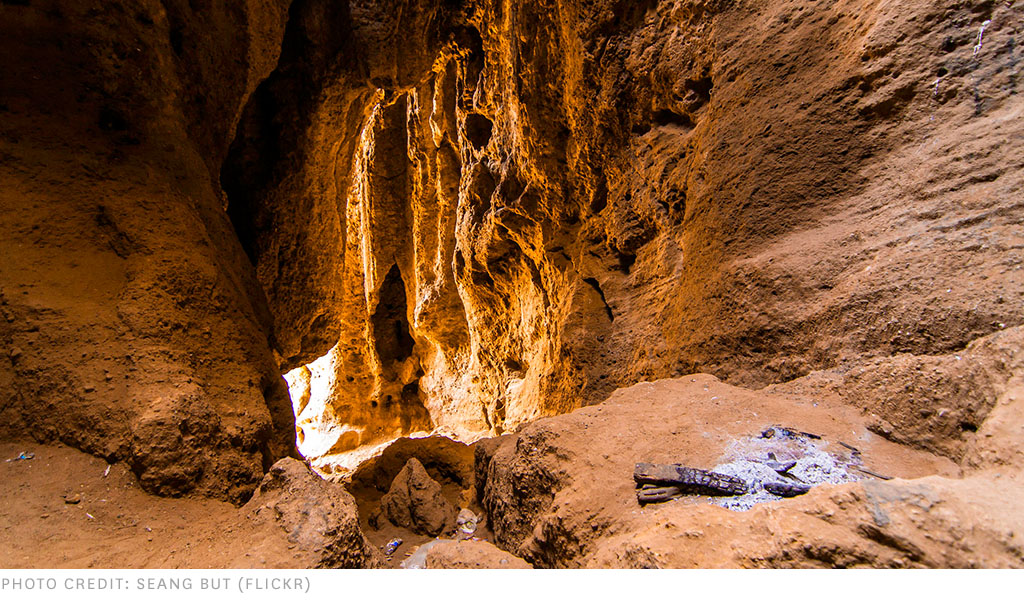 History: The Chumash Indians celebrated the summer and winter solstice here.
Post-game meal: Pedaler’s Fork in Calabasas offers healthy and greasy options. Also: beer.
To get there: Drive to the top of Valley Blvd. and park at the Victory Trailhead. There’s a pay lot, but plenty of free street parking. Once inside Victory Park, take the far right trail until it ends at Castle Peak. You’ll see the cave gashed in the mount like an open wound. MAP 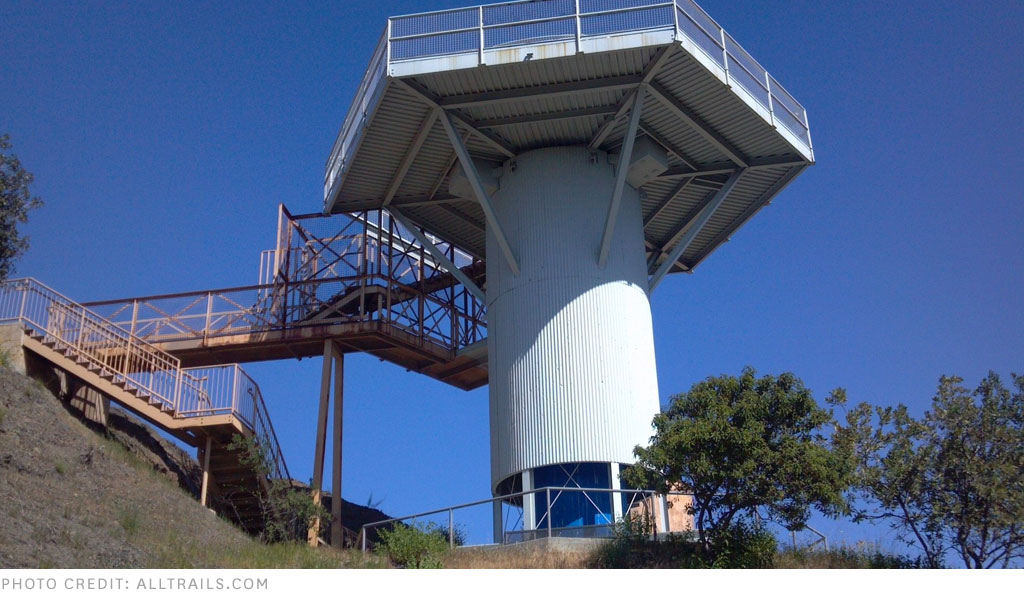 History: During the Cold War, the U.S. Govm’t placed Nike Nuclear missiles on the tops of mountains to shoot down Russian missiles destined for the homeland. This specific station (there were 16) was a radar outpost that has been well-preserved. Still dotting the property: the original signage, including one with the Kruschev quote “We will bury you.” The observation tower, which you can climb, overlooks the San Fernando Valley and the Encino reservoir.
Post-game meal: Holy Cow BBQ in Brentwood.
To get there: Take Sunset to Mandeville Canyon Road. Take a left on Westridge Road Drive until it dead ends. Park on the street. MAP 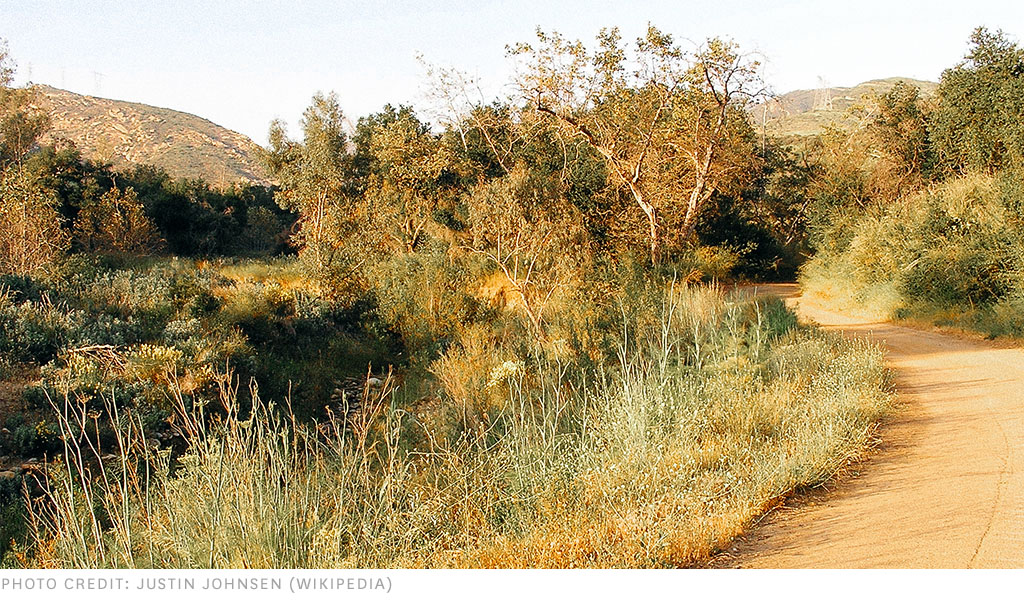 History: Ghost stories abound: a group of Tongva peoples was slaughtered by fur trappers in 1831, a homesteader murdered in 1899, and in the ‘70s a school bus crash claimed the lives of almost everyone aboard.
Post-game meal: Bring a picnic. We like PICNIC LA, Stir Market and Gjusta.
To get there: At SoCal Hiker, you’ll find detailed plans for hiking through the canyon to Beek’s Place, the crumbling stone remains of Balboa Ferry founder Joseph Beek’s erstwhile mountain abode. MAP 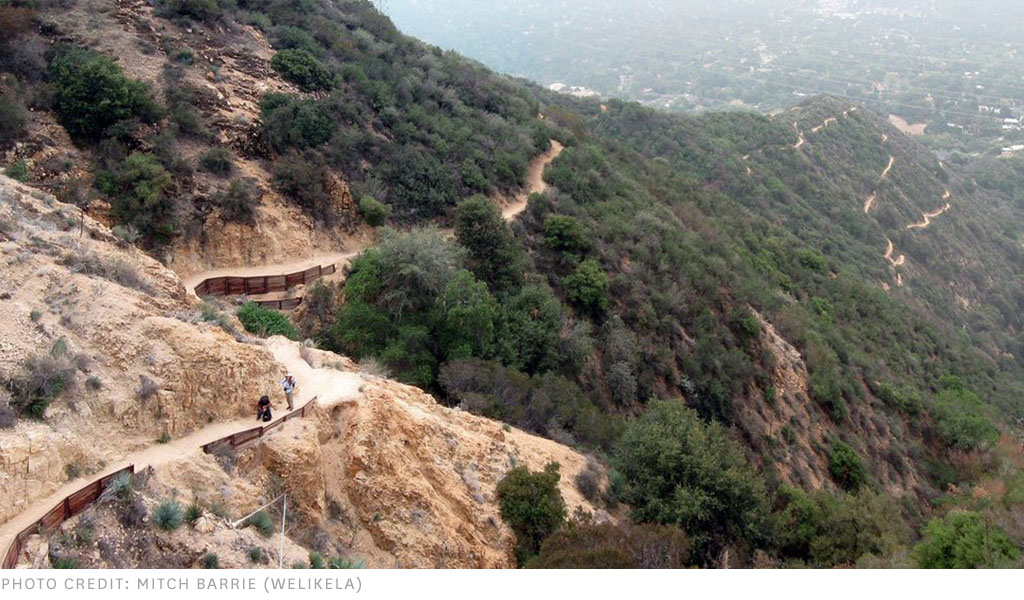 History: At the turn of the century, wealthy Angelenos rode trains to the White City, a palatial resort atop Echo Mountain. Through a series of wind and firestorms, both hotels (Echo Mountain House and The Chalet) burned down — and now you can hike the ruins.
Post-game meal: Ca Cao Mexicatessen in neighboring Eagle Rock serves cold beer, duck confit tacos and enchiladas filled with squash blossoms.
To get there: Take the 210 to Lake Ave and drive uphill until it dead ends. MAP 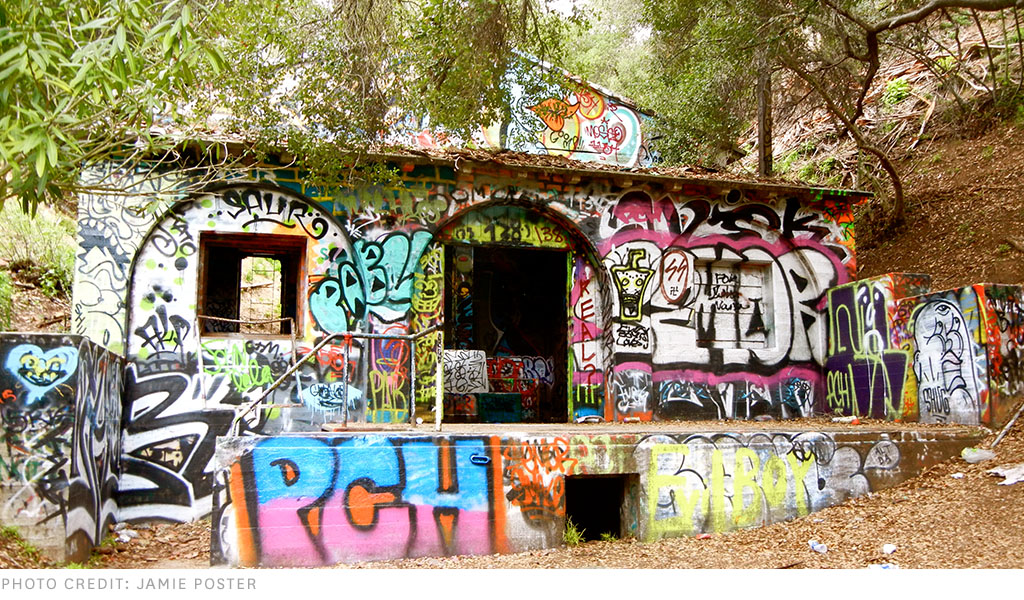 History: A lesser-known and innocuously named trek into the mad, mid-century rubble of Norman and Winona Stephens, who, at the behest of a Nazi spy, began building a Utopian commune in the ‘30s. The owners intended to build a four-story mansion, but they were arrested the day after Pearl Harbor, and the Hartford Artist Colony moved in for 30 years until the Mandeville Canyon fire in 1978.
Post-game meal: Beers and seafood at The Hungry Cat on the PCH.
To get there: Take Will Rogers State Park onto Sullivan Fire Road, which is also accessible at the end of Capri Drive. Follow that to a large stone and wrought-iron gate. Pass through and follow the stairs down. MAP 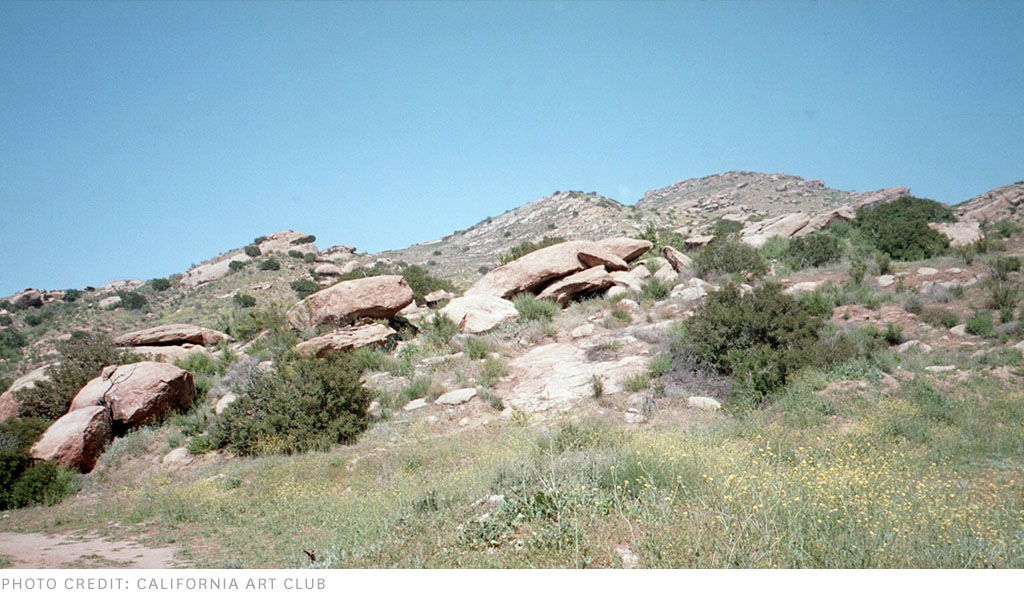 History: In 1937, movie actor and stunt man Ray “Crash” Corrigan built an entire Western Town — this video gives a detailed layout of the grounds — and he later converted it to a theme park called Corriganville that averaged 20,000 weekend visitors, rivaling Knott’s Berry Farm. Bob Hope bought it in the ’60s. Then fires in the ’70s destroyed most of the buildings. It’s now a park.
Post-game meal: Brent’s Deli for crispy mini latkes and mountainous pastrami sandwiches.
To get there: Take the 118 to Kuehner Drive, then go south until you hit Smith Street. Take a left and park in the dirt lot. MAP 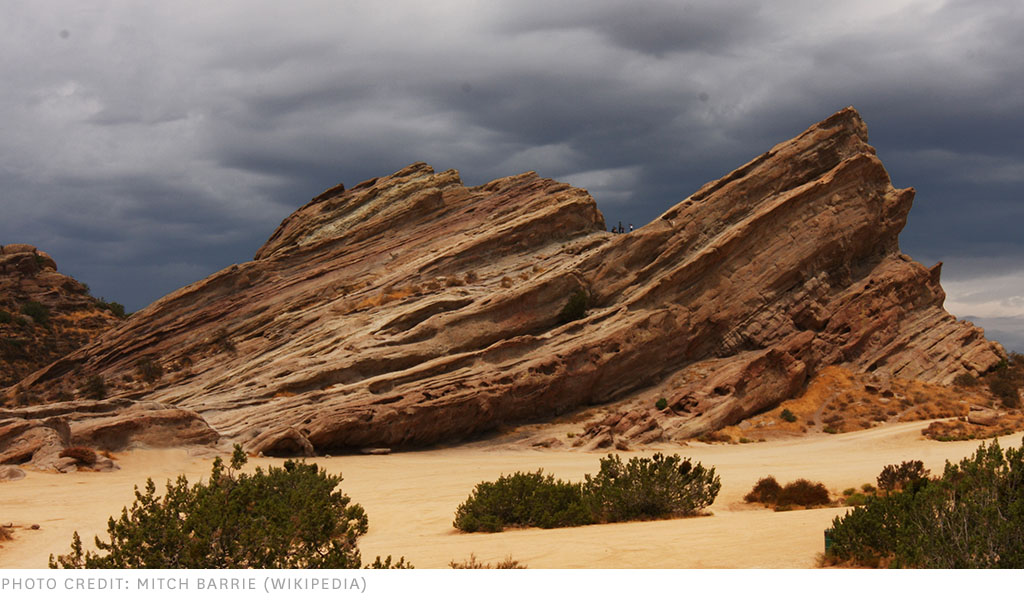 History: Named after notorious Cali bandit Tiburcio Vasquez — who once hid out between the cracks and crenulations of the breccia sediments — the site was formed by an earthquake along the San Andreas Fault 25 million years ago.
Post-game meal: Halfway House Cafe for a triple decker club with shaved turkey and lots of mayo.
To get there: Take the 14 to Agua Dolce and head north. You’ll run into the park’s dirt lot. MAP 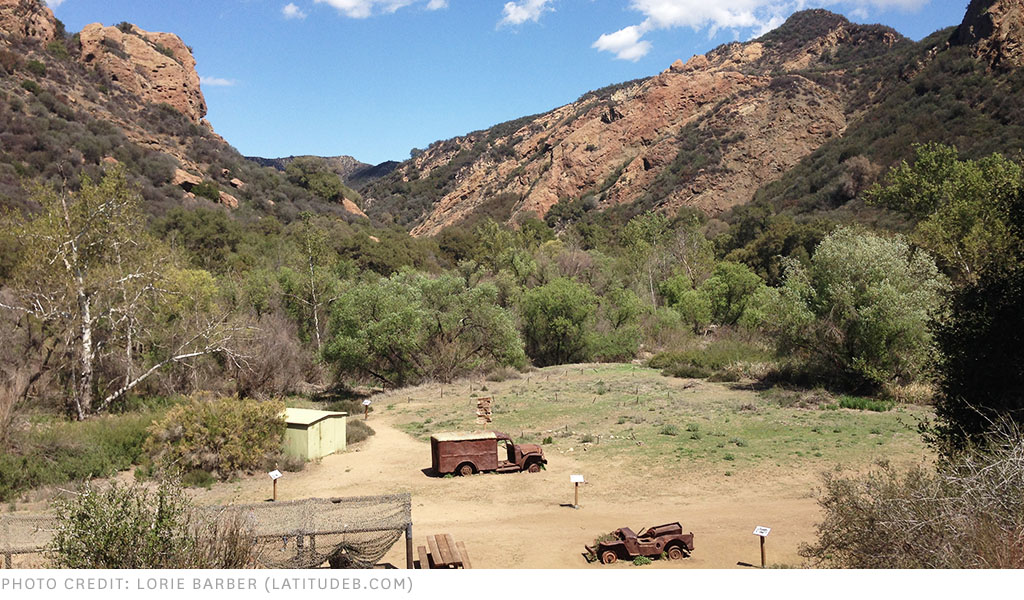 History: The Chumash Native Americans lived here, and later it was the location for the TV show, M*A*S*H. The trucks and signs from the show are still there.
Post-game meal: No frills roadhouse The Old Place. Only five deep-seated booths in this bar serving cold beer and red oak-fired steaks. Be sure to make a reservation. They seat in shifts (5:00, 6:30, 8:30). View the rules.
To get there: Go to Malibu Creek State Park and follow the sycamore-shaded creek until it ends at Rock Pool. MAP

This article was originally published January 12, 2016. It has since been updated. 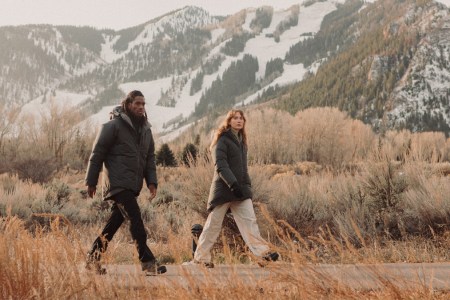 The Science Behind LifeLabs, Polyethylene and "The Warmest Jacket in the World" 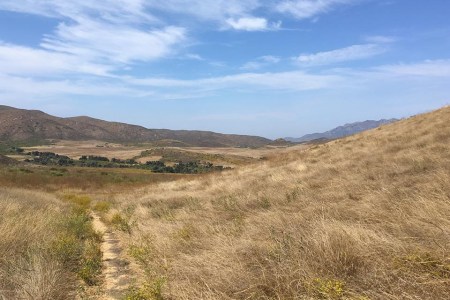 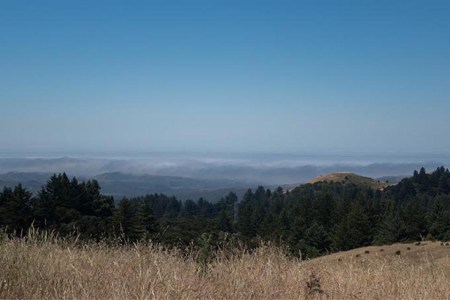