What Smokey the Bear is to the prevention of forest fires, City officials hope Foxy the Fireman will be to human safety. Fire Commissioner Thompson (c) puts the finishing touches to one of 250 billboard signs posted around the city to warn against home fire hazarsd. Looking on are Asst. Chief Charles McKeogh (l) and Foxy himself, played by fireman Barney Schmeltzer. (Photo by William Jacobellis/New York Post Archives / (c) NYP Holdings, Inc. via Getty Images)
By Sean Cunningham 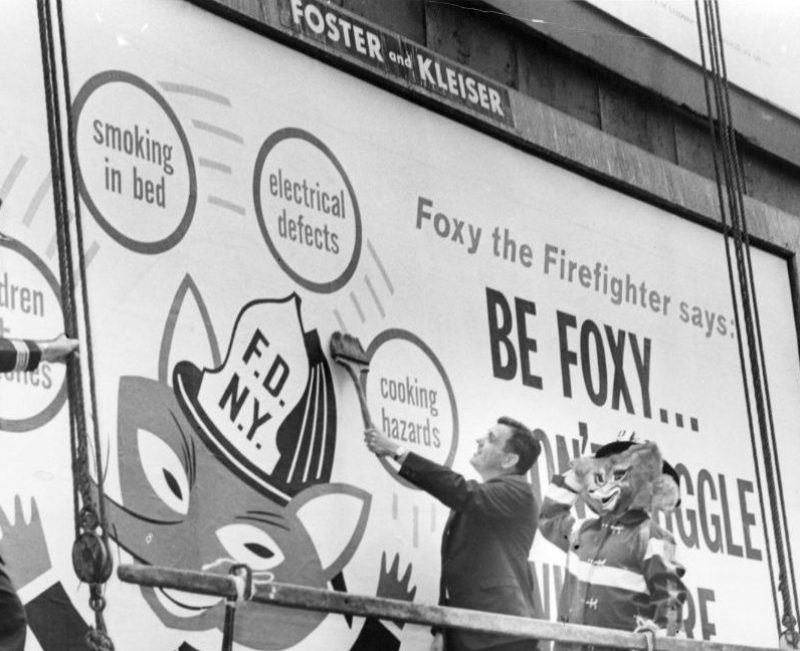 What Smokey the Bear is to preventing forest fires, New York City officials hope Foxy the Fireman will be to human safety. Fire Commissioner Thompson (c) puts the finishing touches to one of 250 billboard signs posted around the city. Looking on is Foxy himself, played by fireman Barney Schmeltzer. (William Jacobellis/New York Post Archives/(c) NYP Holdings, Inc. via Getty Images)

Smokey the Bear made his first appearance in 1944. He was created because the government was worried the Japanese might start fires that would destroy wood needed for the war effort. Smokey remains with us decades later and is as famous as ever, even though he’s changed quite a bit over the years. (For instance, now most of us refer to him as “Smokey the Bear,” even though his original name excluded the “the.”) 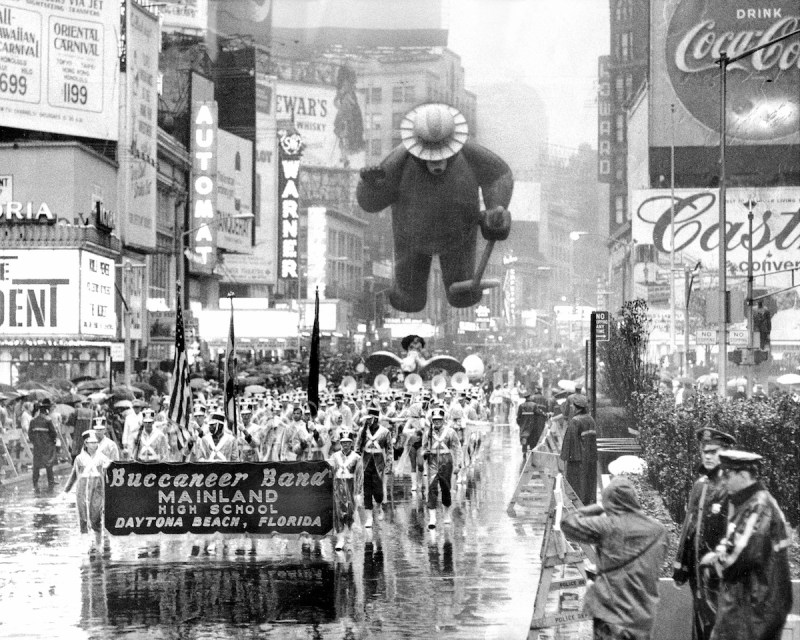 Of course, then there a lot of other government mascots who’ve failed to catch on, whether launched at the national, state, or city level. Take an animal who was equally devoted to preventing fires: New York City’s Foxy the Fireman, who boasted the unintentionally alluring slogan, “Be Foxy.” Foxy even got his own comic book in 1965, before fading from public consciousness. 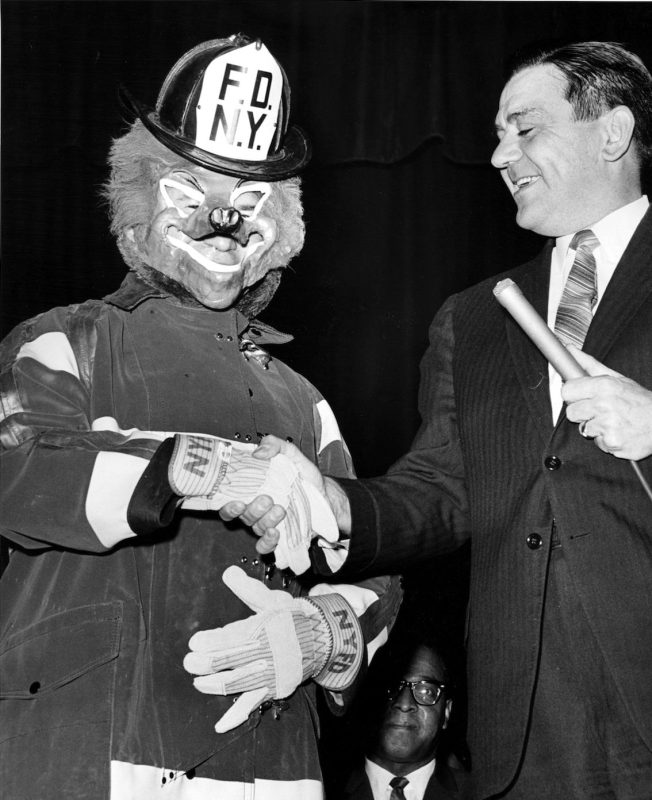 Foxy the Firefighter is introduced by the Fire Commish. Edward Thompson during ceremonies at the High School of Fashion Industries. March 13, 1964. (Louis Liotta / (c) NYP Holdings, Inc. via Getty Images)

Of course, a key reason for using animal mascots is to connect with kids, as advertisers have long done. One of the most notorious corporate characters is Joe Camel, who was repeatedly attacked as a tobacco industry attempt at getting children to smoke. 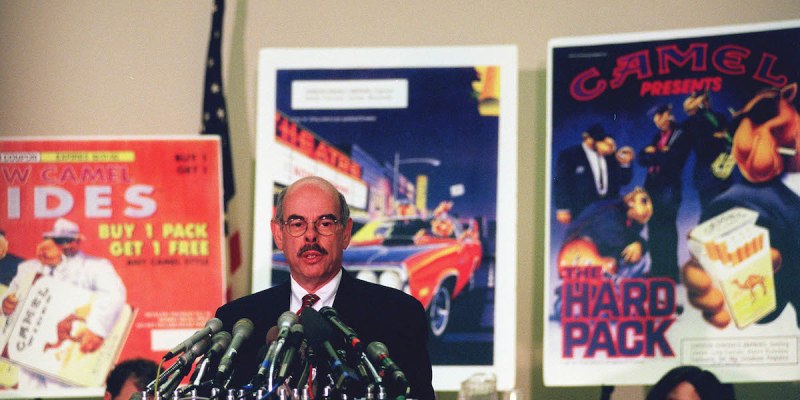 Henry A. Waxman, D-Calif., releases new tobacco documents showing how R.J. Reynolds Tobacco was obsessed with getting the teenage smoking market. And to do that, they developed Joe Camel. (Douglas Graham/Congressional Quarterly/Getty Images)
CQ-Roll Call,Inc.

The government lashed out at Joe, with investigations and various attempts to combat the Camel’s allures. Indeed, in 1997, the year R.J. Reynolds Tobacco Company officially put Joe to rest, Portland, Maine’s Public Works had this critter running around, encouraging kids to swap merchandise with tobacco branding for T-shirts with the slogan, “Smoking: It’s a Drag!” 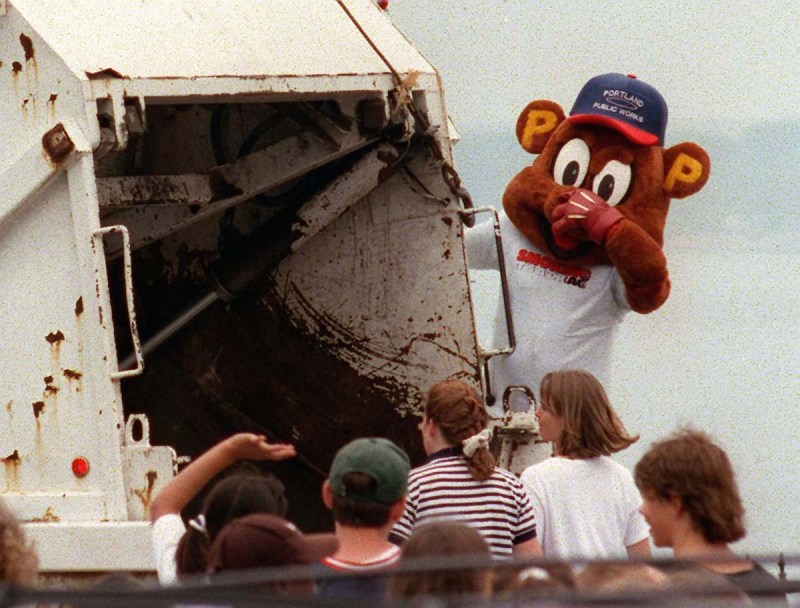 Today, the crucial frontier for government mascots seems to garbage/recycling, whether it’s for New York City’s safe disposal program to get people to dispose of their unwanted electronics properly … 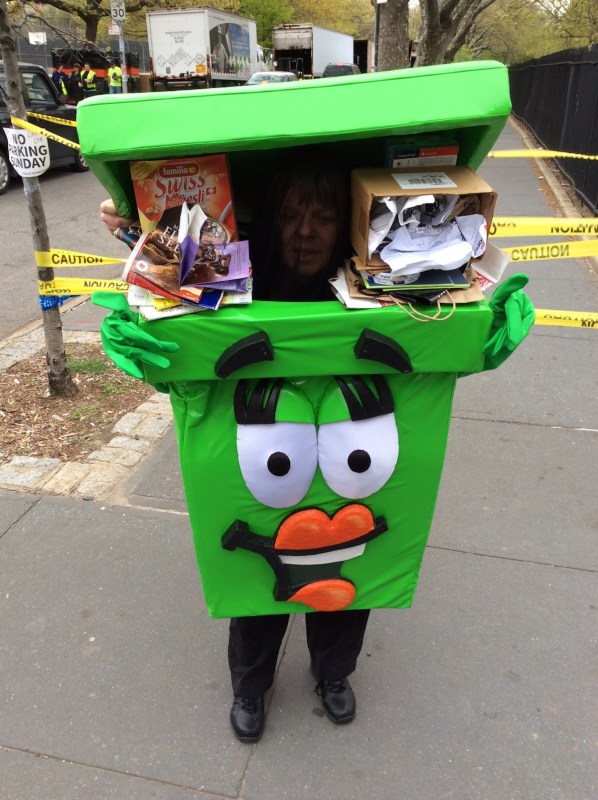 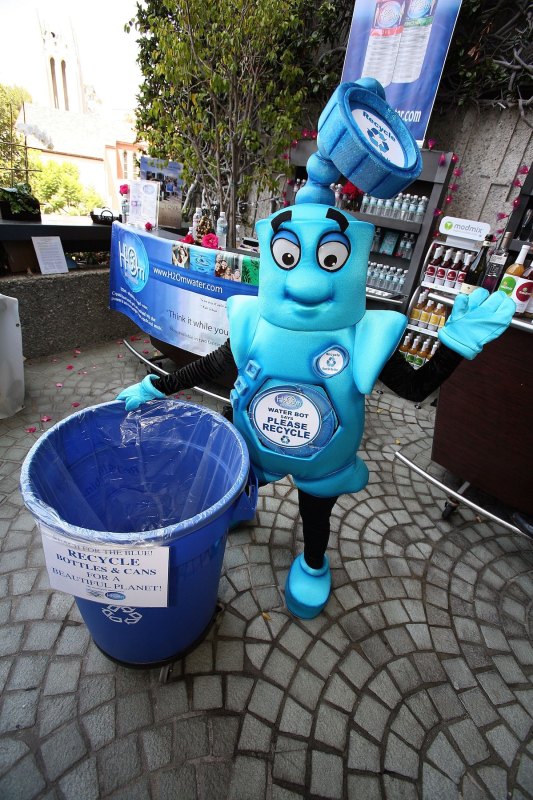 … which is why they gave us a character simply called “Mr. Recycle,” who currently is approaching 400 followers on Twitter. 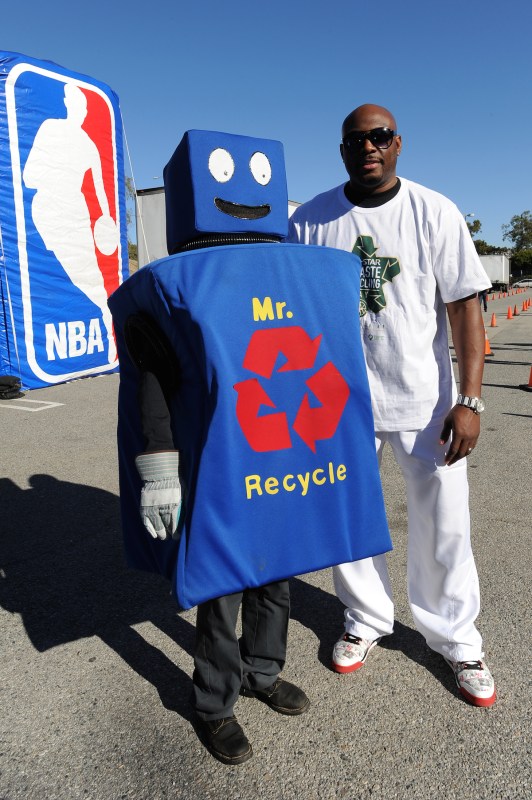 To see still more forgotten government mascots, click here. If you want forgotten government mascots specifically from forests—they include Smokey’s fellow (human) ranger Rusty Scrapiron; Howdy, the Good Outdoors Manners Raccoon; and of course Woody the Log, who had a real stake in fighting forest fires because he was a log—click here. At the bottom, watch a report on Smokey the Bear and his “makeover” in honor of his 70th birthday, and appreciate how remarkable it is that the government created a mascot that actually worked.