These Are the Best Fried Chicken Sandwiches in LA

Ignore the hoopla. The Southland was never hurting for great crispy chicken. 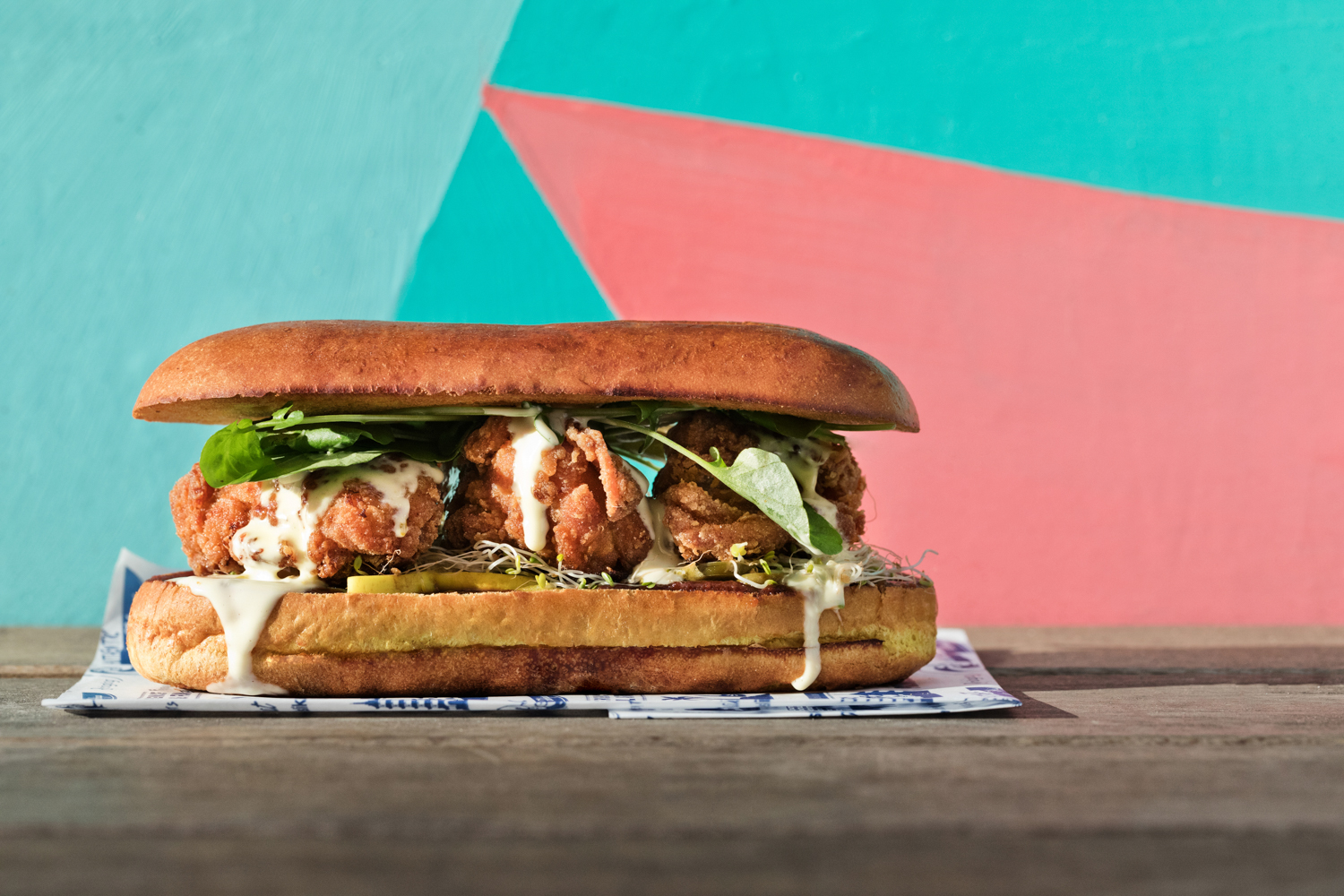 The best chicken sammies to drown your Popeyes woes
PIKUNICO
By Reuben Brody / September 24, 2019 8:01 am

Popeyes may have broken the internet with news of its fried chicken sandwich shortage, but the debate they currently find themselves embroiled in — Who’s better, Chick-fil-A or Popeyes? — rages on.

Here’s a novel idea: Instead of settling for a flash-frozen, mass-produced sandwich, why not feast on one of the many delicious variations of breaded bird that you’ll find scattered all over Los Angeles County?

Fried chicken is an international phenomenon, and every culture has its iteration. That means that L.A.’s advantage is its diversity: Japan. Thailand. Nashville. We’ve got options. Below, find eight local favorites that highlight our delicious multiculturalism.

For a Japanese Version: Pikunico
DTLA

By using a rice batter, Pikunico’s version of fried chicken (karaage in Japanese) is full of crunch and even lacks gluten thanks to the use of rice flour. That said, the turmeric bun is very much glutinous, and loaded with fresh, crisp flavors a la watercress, sprouts, cucumbers and jalapeños.

For an Indian Version: Badmaash
Fairfax

It’s as easy to love Badmaash’s buoyant Bollywood-laced vibe as it is to adore its Indian-fused take on the chicken sandwich. Double-fried and loaded with a buttery curry and paprika-spiced batter. You’re gonna need a bigger napkin.

For a Chick-fil-A Version: Son of a Gun
West 3rd Street

The beauty of a Chick-fil-A sandwich is its simplicity. But Son of a Gun’s fried chicken sandwich not only rocks the vinegary, salty, crunchy flavor profile of the Georgia-style, it blows it clean out of the water. Size matters — it easily doubles its forebear. But it’s the quality that really helps this one surpass any chain.

Howlin’ Rays and Dave’s are L.A.’s premier Nashville-style fried chicken joints. But don’t sleep on the Electric Owl. The small Hollywood bar from the buy behind Plan Check serves an inventive chicken sandwich. The pickles are brined green beans, the sauce is ranch and the bun is a soft white bread. It’s crunchy, it’s simple and it’s so damn spicy you’ll have to wash it down with beer — water won’t cut it.

BOLO is a style of bread popular in Hong Kong that has a sweet, charred top that resembles the scored cut of a pineapple. This stand at Smorgasburg uses bolo for its jandori-style fried chicken sando, which they top with a marinated cabbage slaw and garlic aioli.

Aussie’s fit like a glove in Venice Beach. It’s their sunny disposition, and also their reliance on fresh ingredients. Normally their food is pretty healthy, but that trend doesn’t extend to the chicken sandwich (nor should it). But it is delicious: dredged in rice flour and slathered in a sweet onion mayo, all riding a bed of pickles and bibb lettuce like a surfer on a wave.

For a Popeyes Version: Kali
Larchmon

Prefer things New Orleans style? Slightly spicy, crisp, tangy? Give Kali’s lunch version a try. The bird will be of higher quality, and the brine will be better, too. It has slaw on top, but instead of pickles it infuses a pickle-y flavor via aioli.

The Night + Market in Venice has a fried chicken sandwich that’s topped in papaya salad in lieu of traditional cabbage slaw. It’s an inventive twist that’ll pack a spicy-sweet crunch. It started as a lunch item but its popularity pushed it to the dinner menu, too.