What Do the World's Best Chefs Keep in Their Fridges at Home? 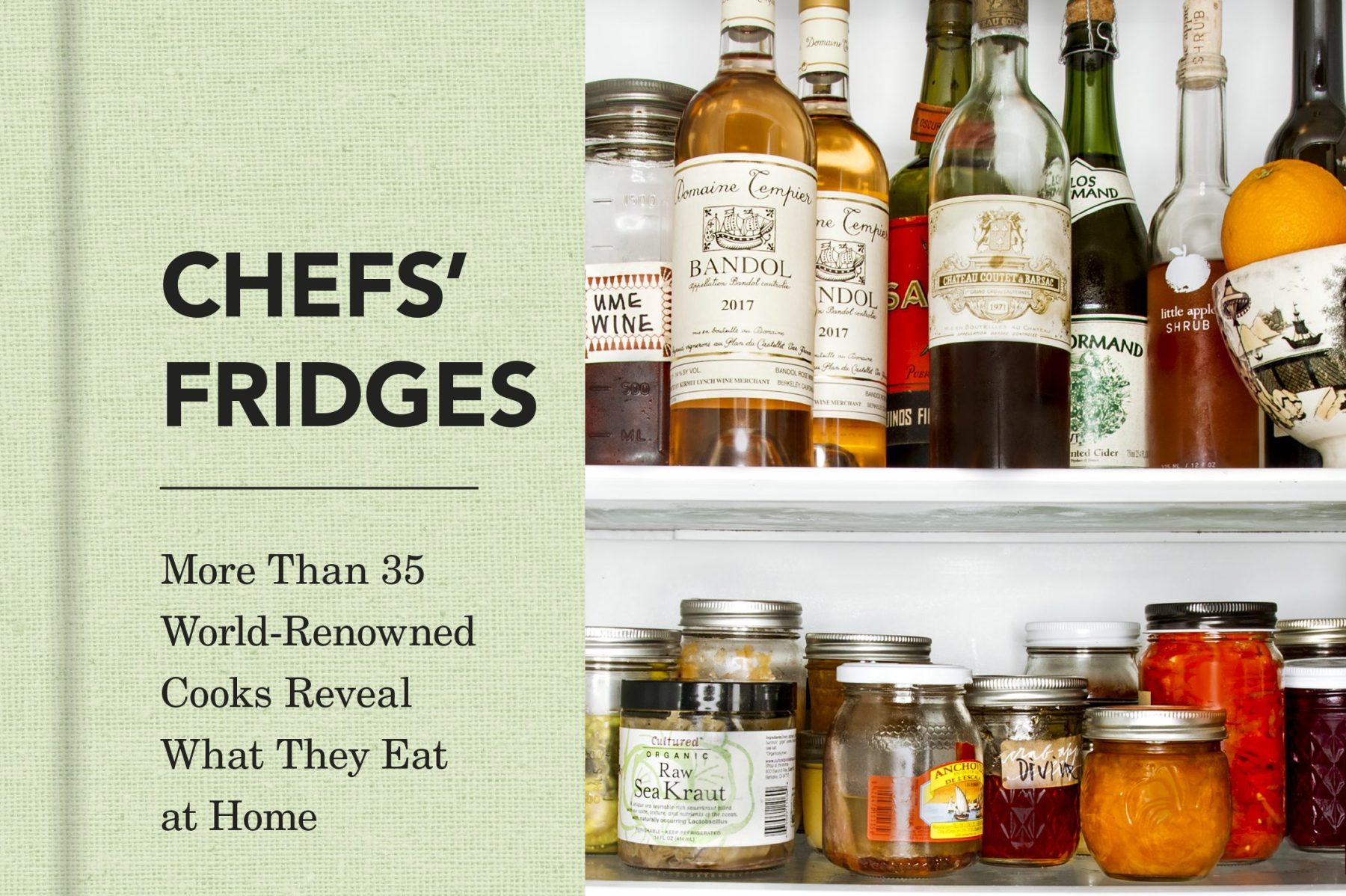 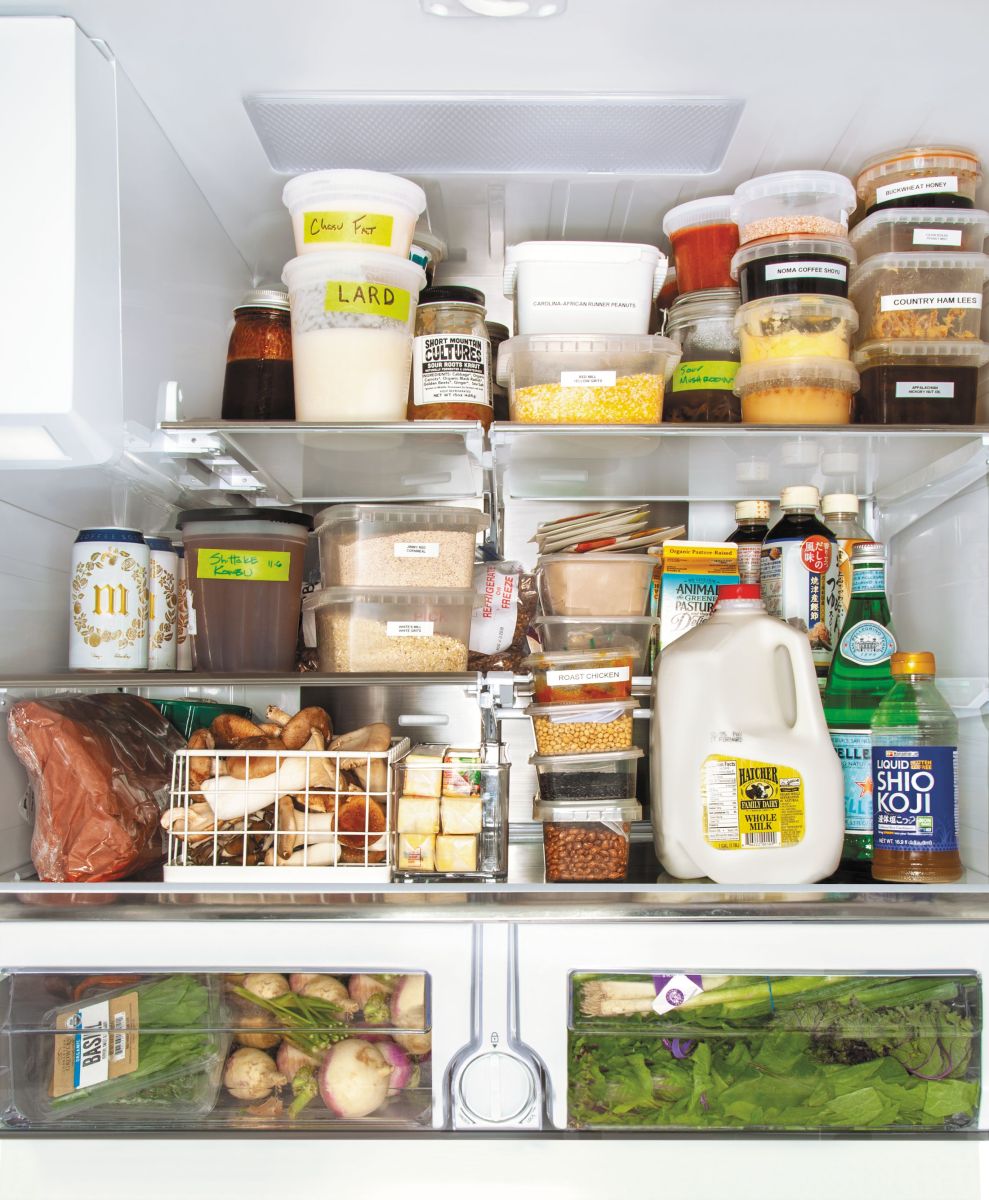 Sean Brock, Nashville
“He keeps seeds and grains cold, especially his polenta. He loves to wax about polenta varietals and grit-making techniques and even has a flint corn tattoo on his arm. He also ferments quite often — like with his own chiles (which I learned is surprisingly easy to do) and he also takes it up a level with the likes of coffee shoyu. He also makes his own garam [a blend of ground spices hailing from South Asia], from garbage of course. He had a lot going on in there. I think things some of his experiments would get mixed up if he didn’t label well. It’s a good trick for busy at-home cooks too. He keeps grated potatoes in his freezer. Chefs are good at streamlining meals and breaking them down into steps. The grated potatoes will fry up into quick hash browns to be doused with caviar, crème fraîche and chives.” 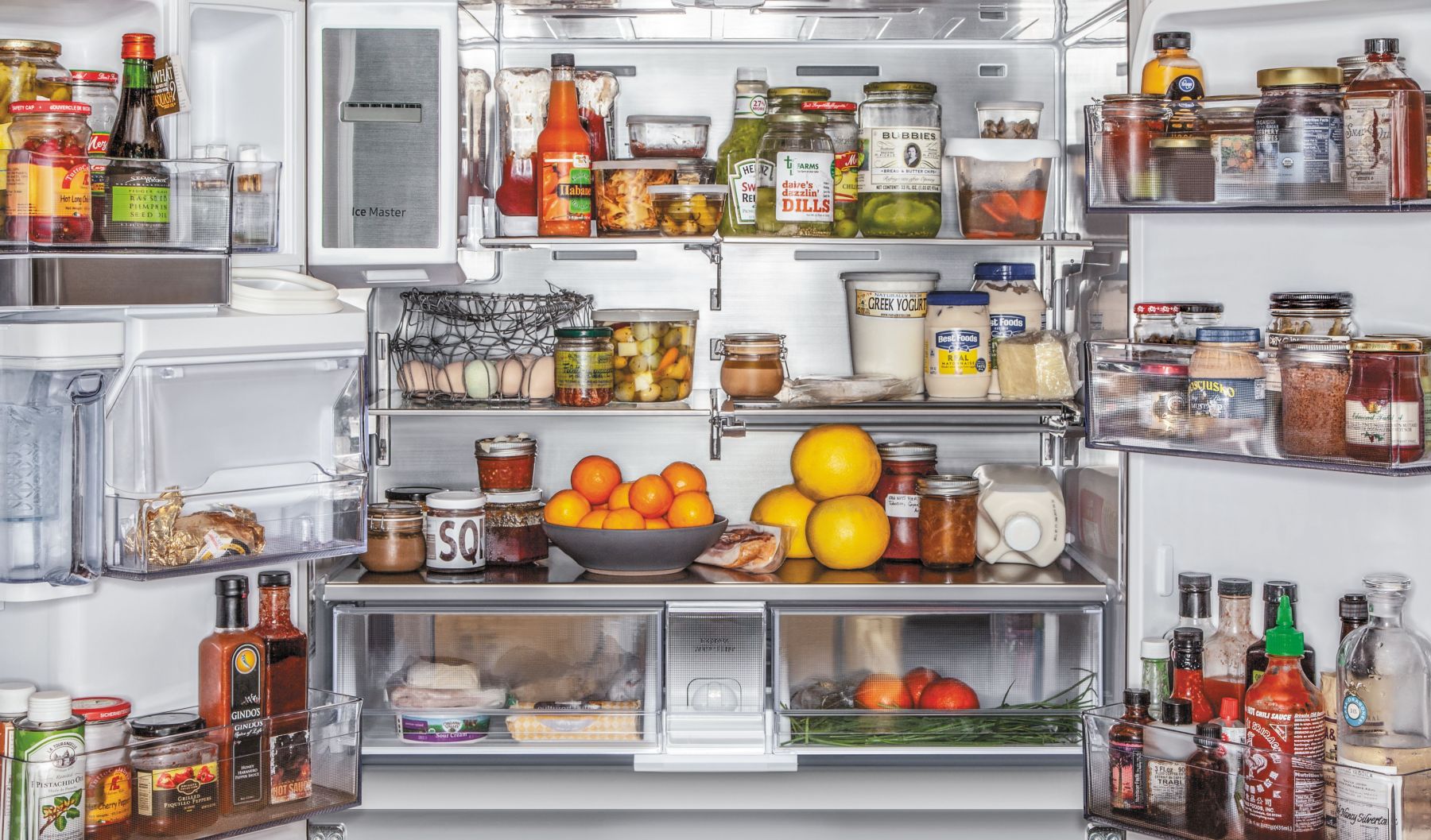 Nancy Silverton, Los Angeles
“She has a smart fridge. It has a camera inside and when she is at the market she can literally glance inside via her app to see what she needs. That didn’t stop her from accumulating duplicates of ketchup, mayonnaise, etc. Her fridge (and the recipe she made me for lunch) was a testimony to the wonders of the condiment. She had jam from fellow LA chef Jessica Koslow — which she admits to eating straight from the jar. It was by far in the top-five best-condiment fridges.” 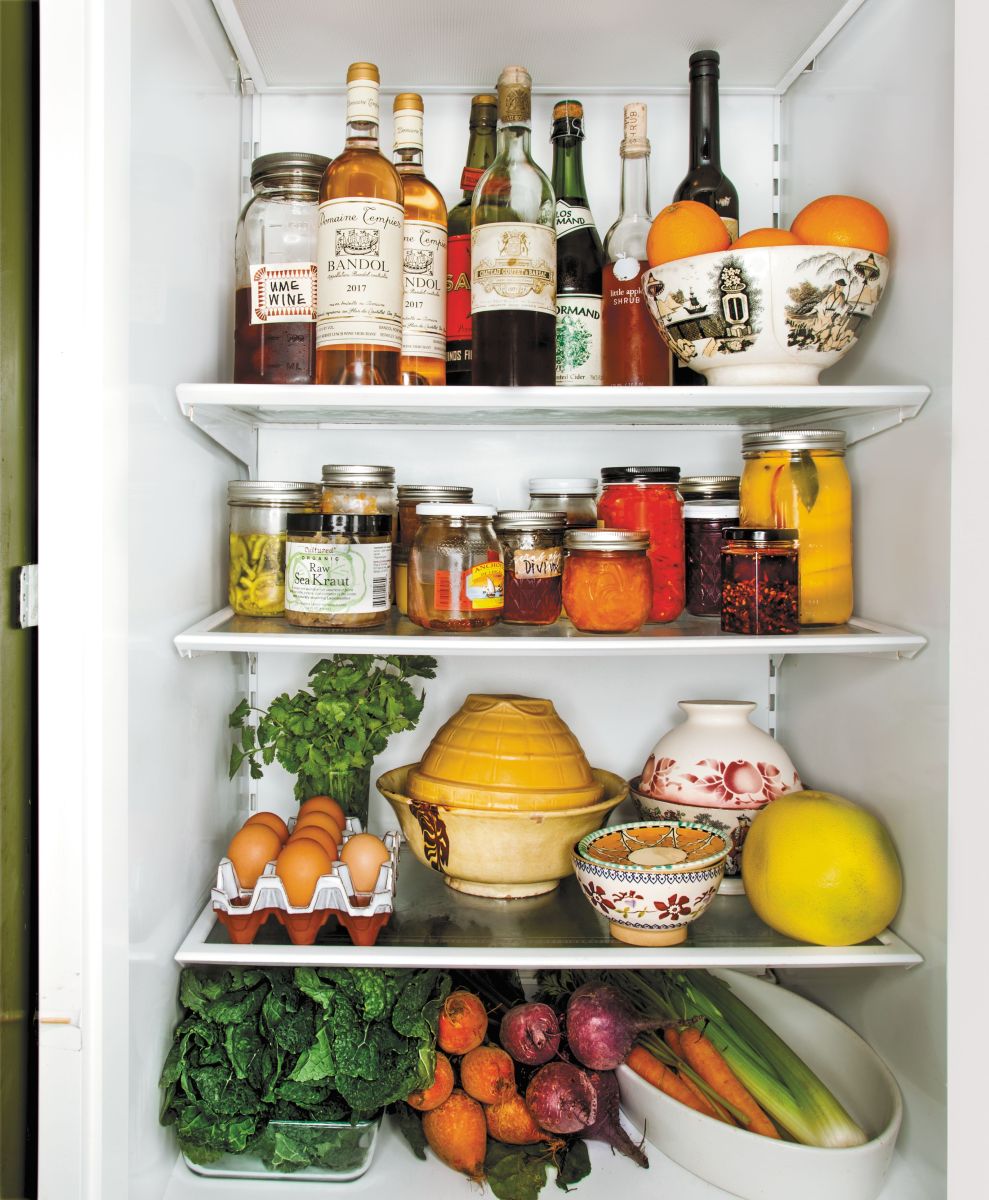 Alice Waters, Berkeley
“I really liked her resourcefulness and nod to sustainability. She used overturned bowl and plates as lids instead of plastic. She also holds on to leftover bottles of wine to be drizzled over cakes. She also had a mystery condiment bottle and took a big sip to figure out what it was … sesame oil. Her fridge was very organized, but I would also say that Hugh Acheson, Claire Smyth and Jordan Kahn also had very spic-and-span fridges. She often turns leftovers into tacos.” 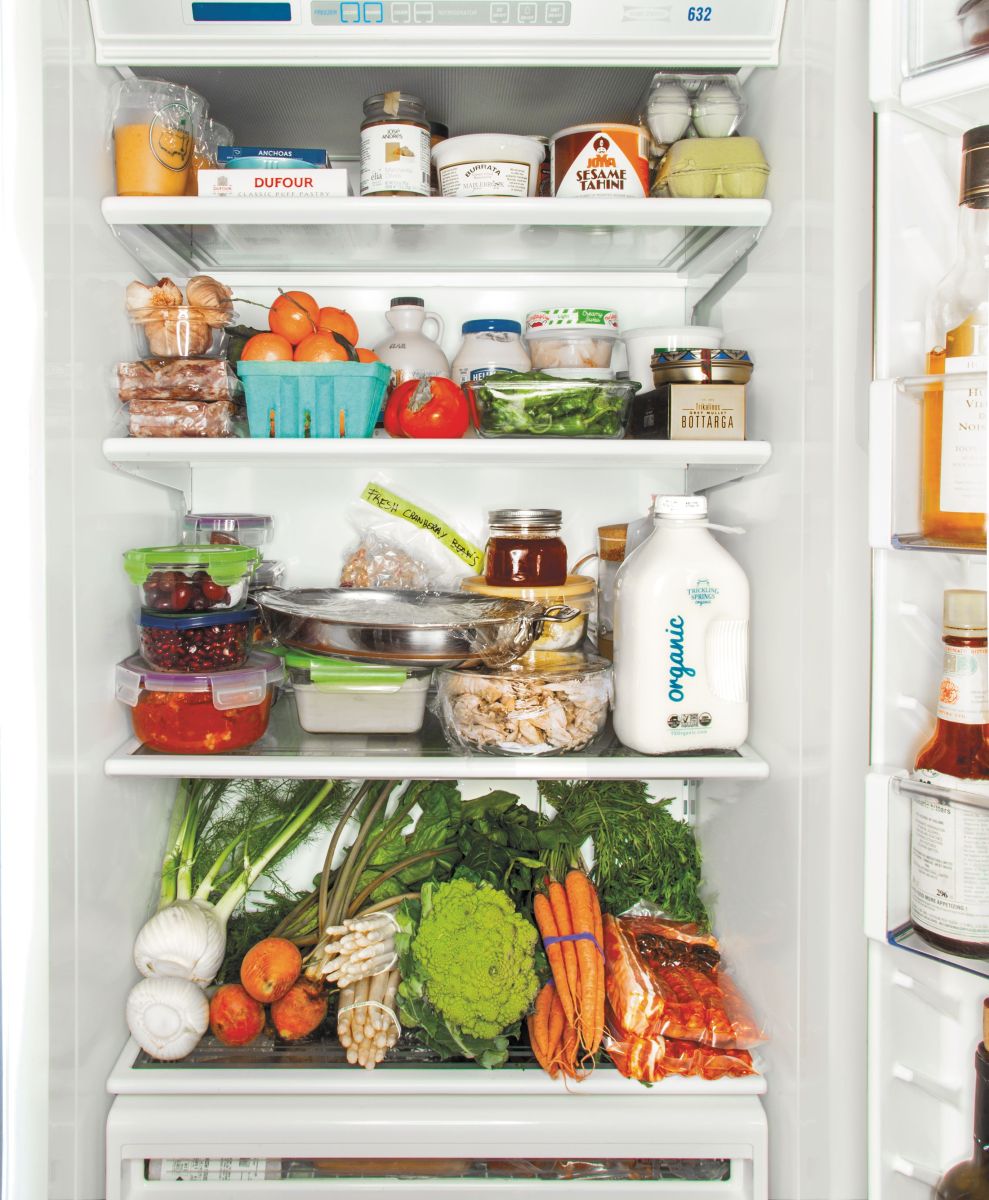 José Andrés, Bethesda
“He has two fridges — a Sub-Zero and a professional Hoshizaki in his garage. The family fridge runs the gamut from Asian flavors to garbanzos from Portugal to local farmers’ market beans to enticing to eat-them-direct-from-the-fridge style leftovers to Greek bottarga to honey from his own bees to persimmons to Spanish sausages to Nantucket scallops. He also had dried yogurt from Jordan. I also discovered via his freezer that José Andrés is a champion of the humble frozen pea. You know that question, ‘What would you eat for your last meal?’ Well, I would want my last meal to be cooked from his fridge.” 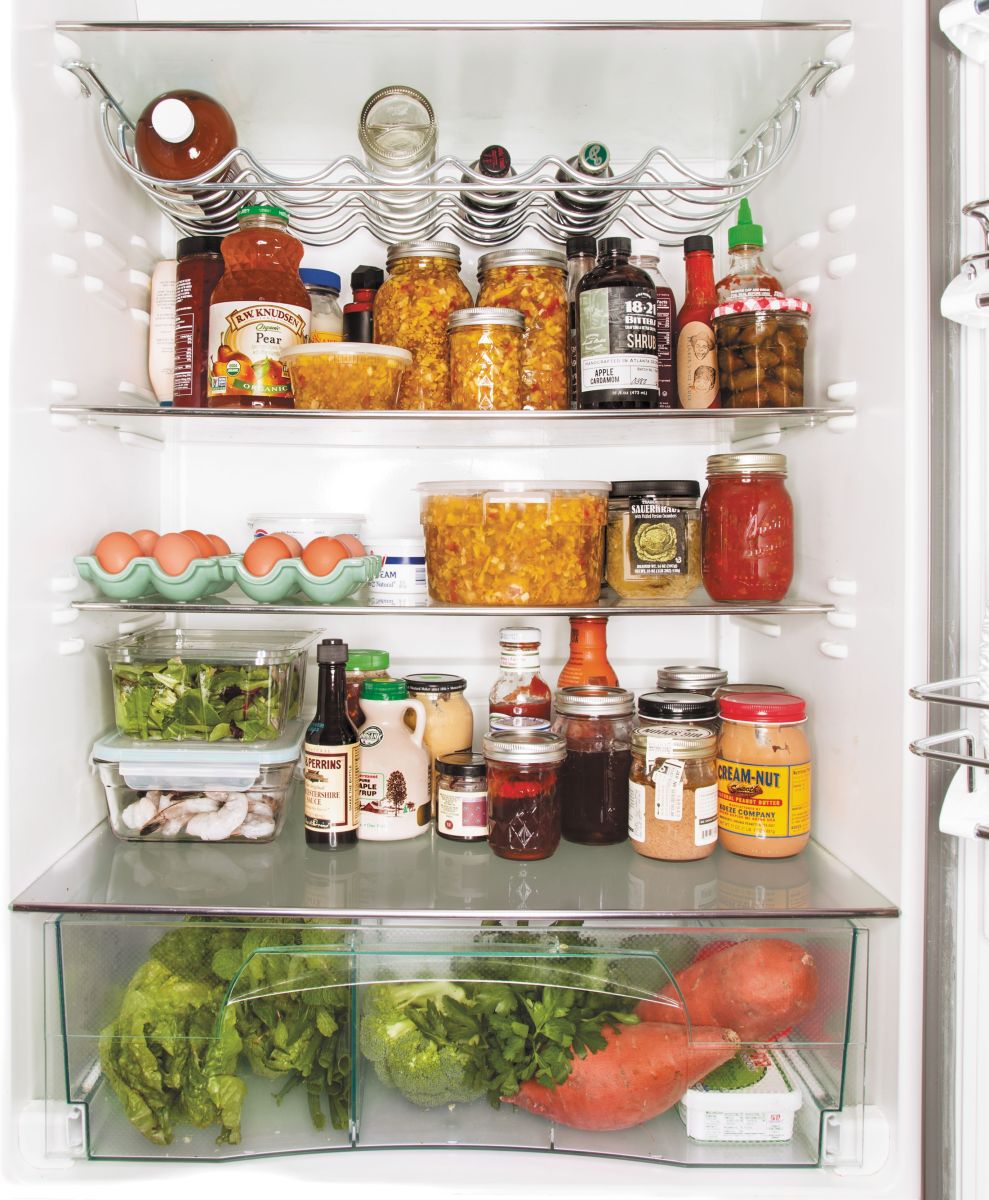 Carla Hall, Washington D.C.
“There is a big debate among chefs about what type of mayo is best. In Hall’s fridge, she had two bottles: one was a generic brand but then she had a bottle of Hellman’s. Duke’s was also a really popular choice, especially among southern chefs. She had a really unique hot sauce selection, many that I didn’t see in other fridges. Chefs are really clever at making something great from a simple condiment or transforming leftovers. Carla transforms leftover soups into sauces.” 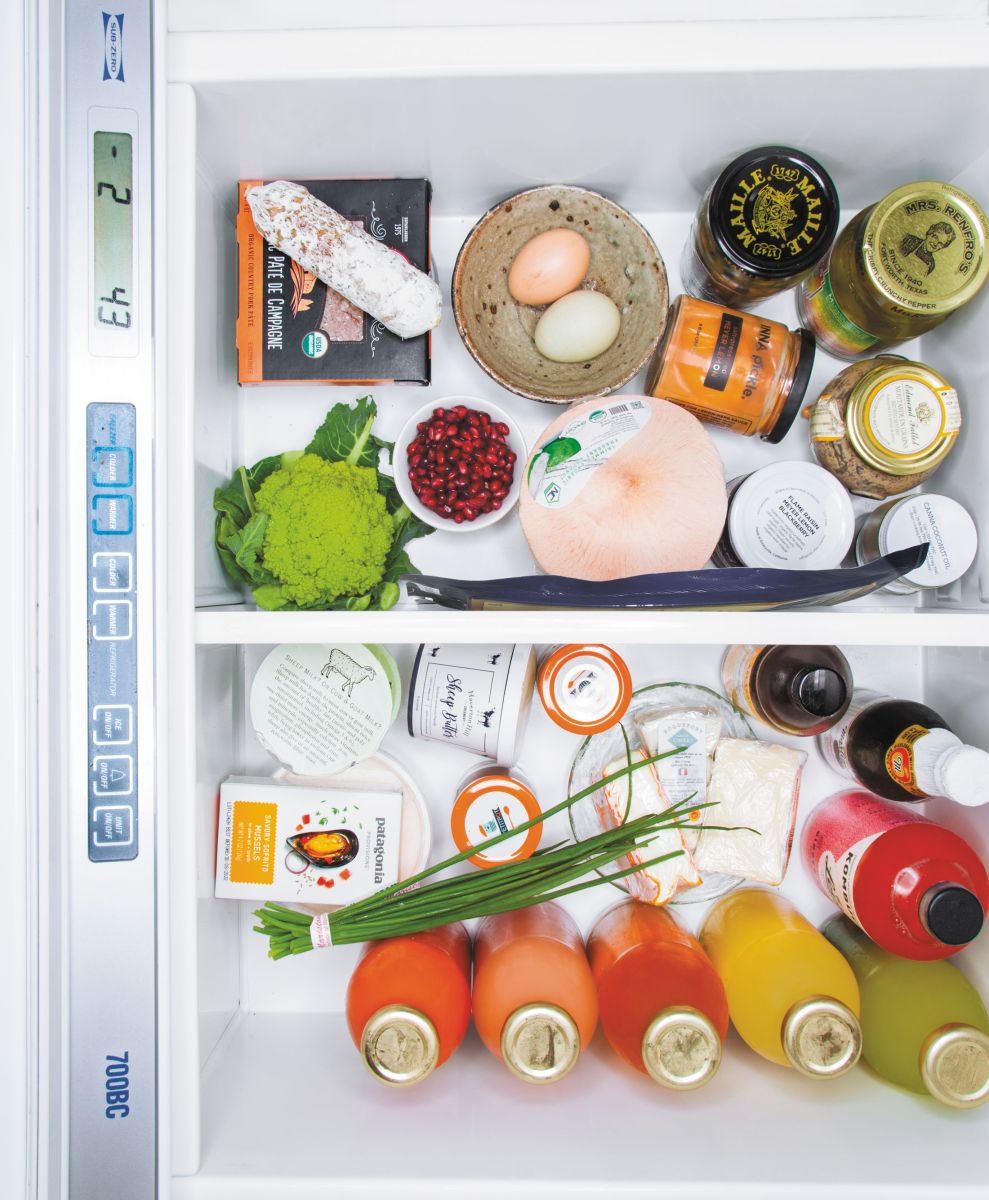 Dominique Crenn, San Francisco
“Crenn’s fridge really spoke to simple French delicacies but made-in-California terroir. The size of the fridge was surprising. She had the smallest fridge in the book. It was a pull-out. For her, it’s a question of conscious eating and consumerism. Crenn loves kombucha, but dislikes Champagne — surprising for a French chef. She has been caught at customs trying to bring French cheese back to California though. She had edible marijuana gifted from a friend.” 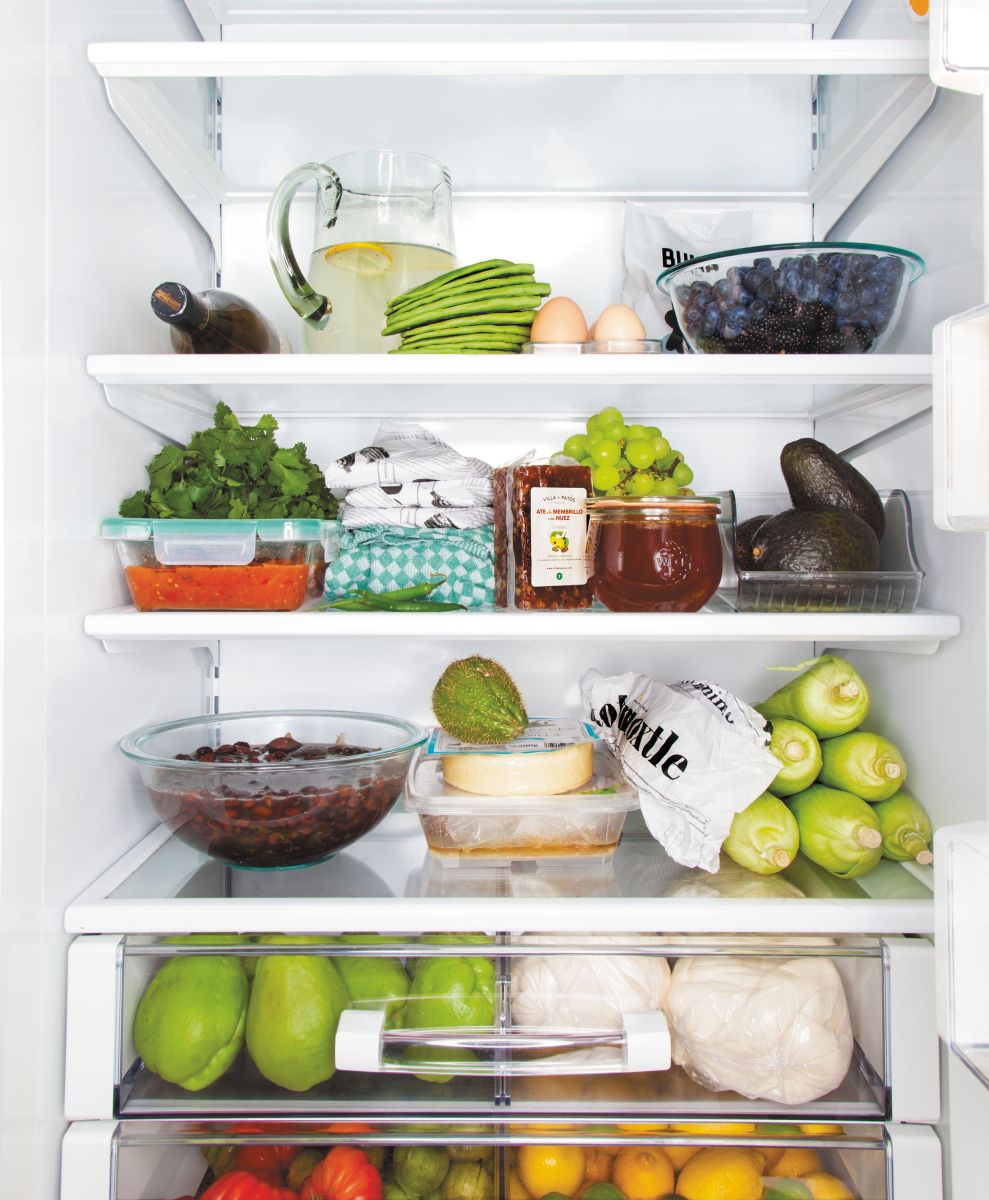 Enrique Olvera, Mexico City
“When Enrique travels, he often brings back food. He travels extensively, so it gets tricky between countries over what is allowed and what isn’t. The day before I arrived, he confessed he brought back corn and potatoes from Peru and that he basically hauls a whole store back to Mexico City after he goes to NYC. His home fridge was focused on simple, healthy eating, it was all really uncomplicated food choices. His midnight snack? Olives with tabasco and lime juice.” 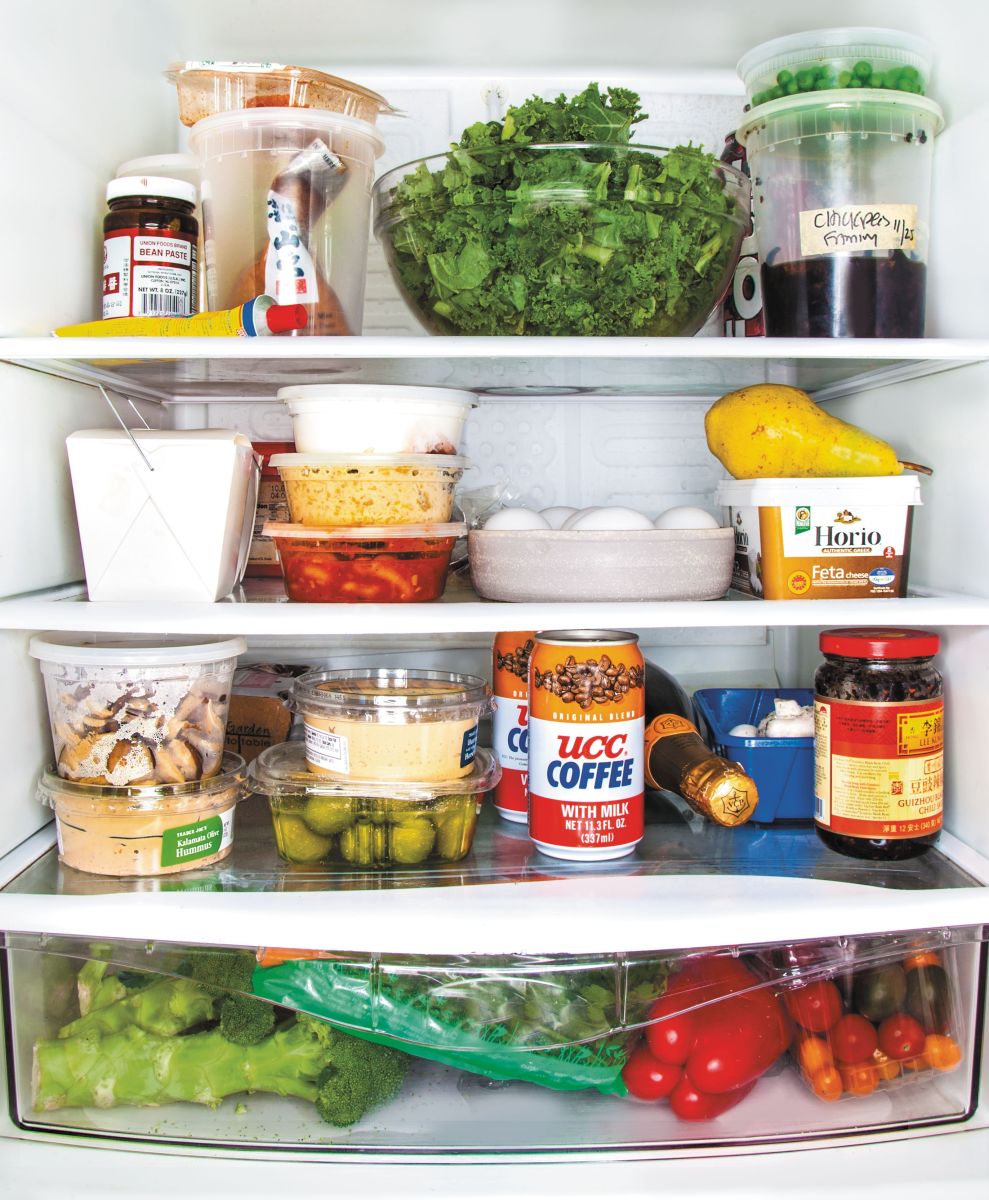 Amanda Cohen, New York City
“She keeps Champagne in her fridge, but not for special occasions. It is used to accompany spicy take out — especially Sichuan. Nothing goes better with spicy food than Champagne she says. She had the most clever leftover greens ideas. She will blanch greens and herbs into a puree that she freezes. And when she has leftover takeout rice, she melts the green cube into the rice, grates some parmesan on top and adds lemon juice. It’s like a 10-minute cheaters’ risotto.”

How similar are the eating habits of a world-famous chef to those of you, me and everyone one we know? Do they also keep opened boxes of baking soda in the fridge? What about leftover Chinese containers with the chopsticks sticking out of the lid? Is their milk spoiled?

To answer those questions and more, Paris-based writer and photographer Carrie Solomon set out to document the contents of the refrigerators of some of the world’s most renowned toques. Co-written with Adrian Moore, Chefs’ Fridges: More Than 35 World-Renowned Cooks Reveal What They Eat at Home is the end result of that mission.

Though she couldn’t take us inside the fridges of all the chefs in the book — a group that includes Hugh Acheson, Daniel Boulud and Jessica Koslow — Solomon did talk us through what she found in the refrigerators of eight of her subjects, as well as offer up some photographic evidence.