The 'Slayer' lives up to its name when it comes to a fresh roast.

It’s no secret that most of us need a jolt of caffeine to kickstart our day, but it seems that some are getting their fix better than others. While you and I might be grabbing Starbucks on the way to the office, or worse, fumbling around with coffee pods, there are a select few lucky enough to have a Slayer in their kitchen’s arsenal. Its name might conjure up visions of razor-sharp cutlery, but this home-brewing system is pleasantly curvaceous with some impressive capabilities to boot.

Another grounding contraption of the Slayer’s.

These espresso-slinging behemoths are assembled by hand at, what some consider to be, ground zero for coffee lovers: Seattle, Washington. With a team of just 15 employees, Slayer produces each machine by hand according to the desired specifications of the shopper. In a process akin to ordering a new car, customers can mix and match 24 panel colors, and pair them with exotic wood-grain handle finishes like Quarter-Shawn White Oak and European Ash. The allover result is one visually appealing appliance that very few are lucky to own. In fact, only a handful are made per year, and demand at least 10 weeks of handwork to finish off all of the custom specifications, and can extend up to 16 weeks if modifications, such as leather side panels, are added on. 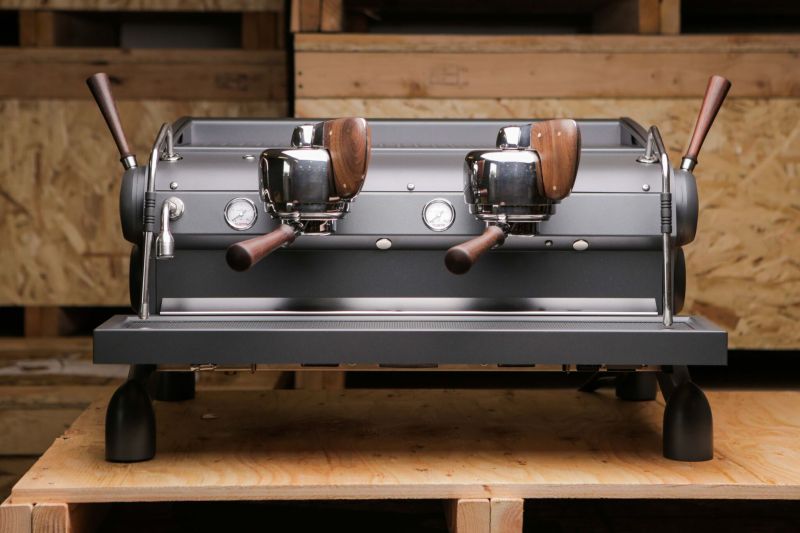 A black matte front of a Slayer coffee machine. (Slayer)

The starting price for the “single group” machine is a cool $8,499, and only increases once a second or third “group” is added, which allow for multiple espresso creations to be made simultaneously. Should you wish to build out the ultimate Slayer machine, with all of the bells and whistles, pricing tops out at a whopping $23,000. With that hefty price tag comes a proprietary science behind a cup of Slayer-made espresso, and no doubt a learning curve when it finally arrives to your doorstep that will surely convert any coffee lover into a full-blown coffee nerd. 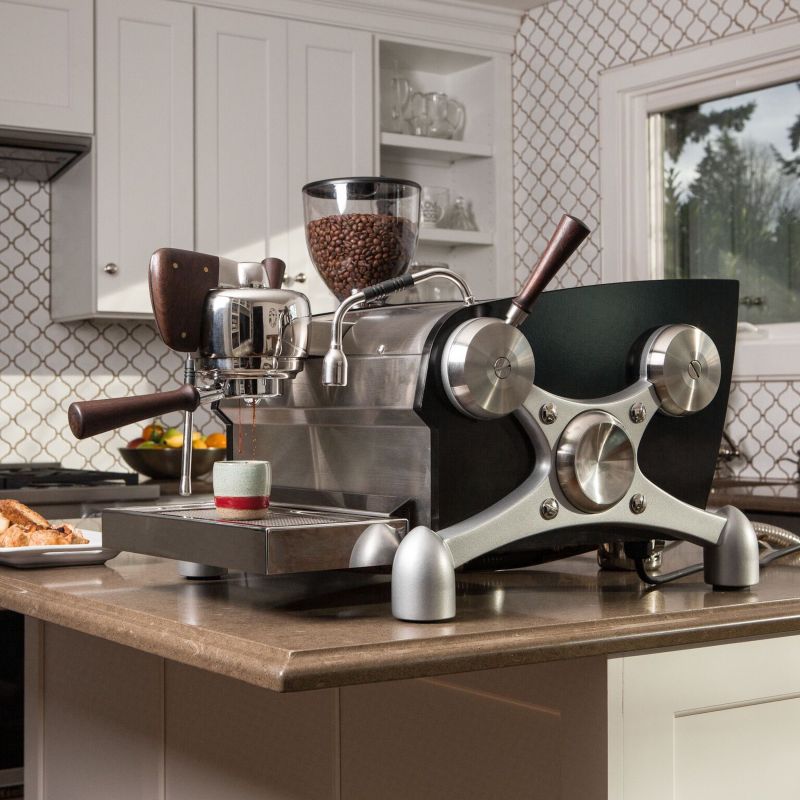 While classic machines deliver a shot of espresso in approximately 2 minutes total, saturated espresso—a relatively limited breed of preparation, known for its sweetness and balanced acidity—takes slightly longer. “The traditional method of saturated espresso began just over a hundred years ago with lever machines,” explains founder Jason Prefontaine, a self-proclaimed coffee nerd himself. “The barista pulled the lever down compressing the spring, opening a path for water to fill the group cap above the coffee bed. At the release of the lever, the spring was released and water was pressed through the coffee bed. Slayer Saturated extraction took this traditional method and modernized it with a patented needle valve and a magnetic ON/OFF switch engagement to create this safer, less strenuous movement. The entire process takes roughly 2 minutes and 15 seconds.”

In all, this is a professional-grade experience, but according to Prefontaine, it’s a distinctly at-home apparatus. “All-in-all we cater to a global audience from Seattle to Seoul,” Prefontaine told RealClear Life. “It’s for anyone that is looking to savor the best flavors of coffee, be its a professional barista or the home consumer.” With that in mind, Slayer often caters to well-heeled folk including comedian Jerry Seinfeld, whose thirst for the perfect cup of coffee was quenched only by his personal Slayer.