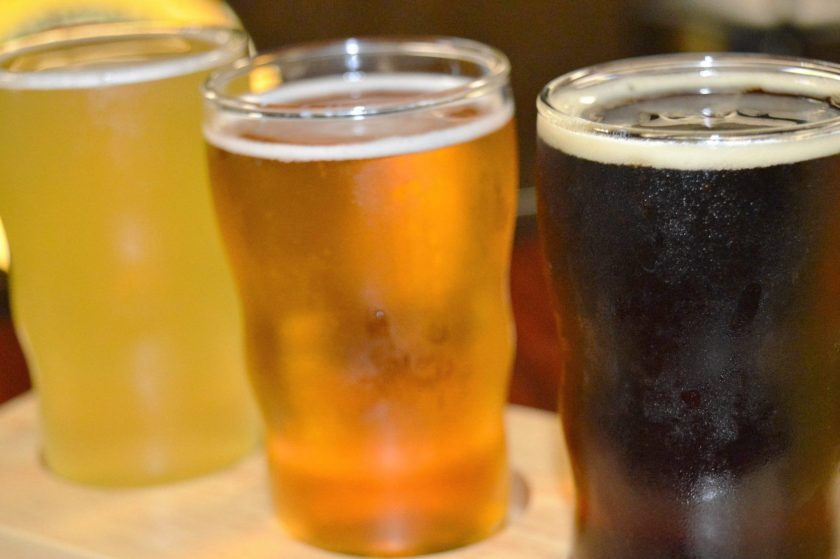 Wine lovers have long reaped the health benefits of drinking reds and whites. The beer guzzling masses haven’t had much to smile about over the years, but that doesn’t mean it can’t be a healthy choice.

Beer usually washes down foods like nachos or hamburgers, so it’s not a beverage immediately associated with health. And its heaviest drinkers have long been susceptible to that rounding of the navel area better known as the “beer belly.” Recently, though, science has weighed in and given beer lovers a reason to raise a glass.

Here are five surprising way having a pint can be a boon to your health.

Moderate drinking can reduce the risk for cardiovascular disease. Take this to heart. In separate studies at Emory University and Beth Israel Deaconess Medical Center in Boston, researchers found that those who drank between one and three alcohol drinks per day saw a 47 percent decrease in risk of heart failure, and a 32 percent decrease in risk of death following a heart attack.

“I think it’s really overwhelming evidence,” Dr. Eric Rimm, of the Harvard School of Public Health, told Good Morning America. “Men and women who drink moderately have a 30 to 40 percent lower risk of having a heart attack than those who abstain.”

Pale Ale is good for your bones, thanks to its high levels of silicon. The substance is known to decelerate bone thinning that leads to fractures. It even boosts bone formation. That doesn’t mean those with osteoporosis should head straight for the pub, though.

“While low quantities of alcohol may appear to have bone density benefits, higher intakes have been shown to decrease bone strength, with an alcohol intake of more than two units per day actually increasing the risk of breaking a bone,” Dr. Claire Bowring, of Britain’s National Osteoporosis Society, told Telegraph. “There are also many other health concerns linked with alcohol which cannot be ignored.”

Beer or ale combined with exercise and a Mediterranean diet can combat diabetes, according to a study conducted at Barcelona University. More than 1,200 men and women over 57 who drank up to a pint of beer a day and who consumed fish, fruit and vegetables didn’t pack on pounds. In fact, they lost weight and were less likely to show signs of diabetes and high blood pressure.

“Moderate beer consumption is associated with nutritional and health benefits. It does not necessarily mean weight gain since it has no fat and calorie content is low,” Ramon Estruch, the lead researcher on the study, commented.

While studying the beer ingredient xanthohumol (Xn), researchers found that the chemical actually protected mice cells from neurotoxicity, according to their published works in the American Chemical Society’s Journal of Agricultural and Food Chemistry.

Humans have a limited number of brain cells susceptible to stress, and brain-related disorders like Alzheimer’s and Parkinson’s are thought to sometimes begin with that stress.