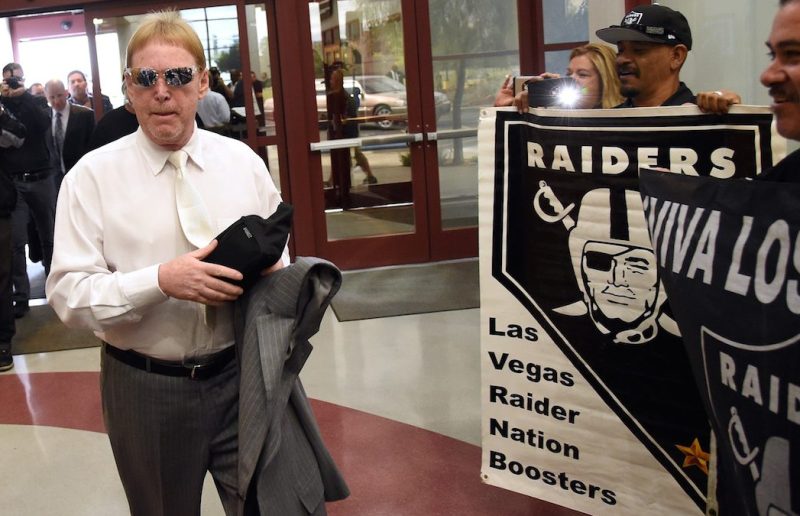 The Raiders move from Oakland to Las Vegas is almost certainly the most controversial in NFL history—which is saying something for a league that so embittered both Baltimore and Cleveland.

The NFL was not in favor of  a move by any team, having already seen the Rams and Chargers relocate recently. (With the Raiders now also firing up the moving trucks, that makes three of the NFL’s 32 teams to hit the road, a bizarrely high number for a sport that continues to earn  healthy amounts of profit.) Beyond this, since 1982 the Raiders have left Oakland for Los Angeles, come back to Oakland, and now abandoned Oakland again. Perhaps most importantly, the NFL has always been wary of publicly embracing gambling, making it all the stranger they’d agree to a team winding up in Sin City.

And to ensure a maximum degree of difficulty, Raider owner Mark Davis managed to befriend and then completely alienate casino owner Sheldon Adelson ahead of the move. (The billionaire Adelson is arguably the most powerful man in all of Nevada.)

Yet Davis pulled the deal off, in a way that would have made his late father Al smirk with pride. ESPN the Magazine has an inside look at the deal, which demonstrates how some of the NFL’s most audacious gamesmanship occurs off the field.

Read all about the move at ESPN The Magazine.