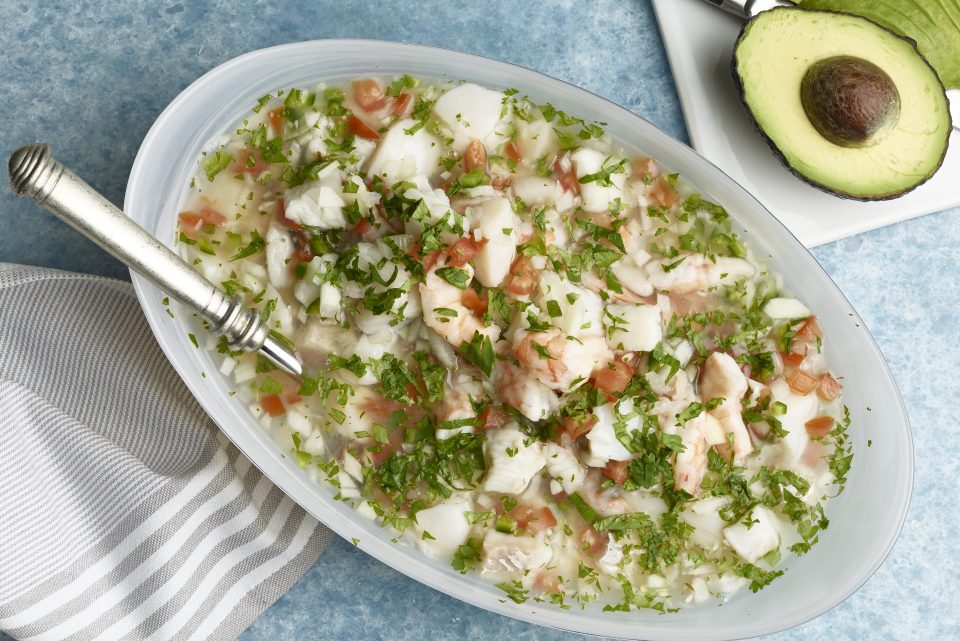 When it comes to selling seafood in New York City, Joe Gurrera is the Fisher King. The son of an Italian immigrant, Gurrera began honing his skills as a fishmonger as a teenager working with his father at the family’s shop in Greenwich Village. A quick study in the family business, he soon graduated to going to the Fulton Fish Market to source seafood and eventually went into business for himself after college, supplying customers on both coasts — including Wolfgang Puck — with fresh fish.

Then, in 1983, Gurrera purchased a small, stand-alone seafood shop called Citarella on Manhattan’s Upper West Side. With Gurrera steering the ship, that shop has now morphed into a string of markets offering seafood and other gourmet goods located throughout New York City, the Hamptons and in Greenwich, Connecticut.

One of the offerings at Citarella, which also has an online seafood store that ships nationwide, is ceviche, a classic Latin American dish Gurrera had for the first time in Mexico about 30 years ago and fell in love with thanks to its freshness and the combination of bright flavors and fresh seafood. Since then, it has become one of Gurrera’s go-to dishes for entertaining.

“The key component to making a great ceviche is to start with the highest quality, freshest ingredients,” he tells InsideHook. “You can create many different variations with seafood and vegetables, but the one ingredient you just can’t skip is fresh cilantro. That’s what infuses the dish with its signature unique flavor.”

During the summer, ceviche is a staple for Gurrera that he is constantly experimenting with — he says he typically enjoys it at least once a week.

“My advice for making a great ceviche: cut all of your seafood and ingredients uniformly,” he says. “Who wants to eat a big piece of onion?  You want to enjoy the marriage of all the flavors in one bite, which means everything has to be the same size. Also, scoop the seeds from the tomatoes and remove excess liquid before chopping. Otherwise, the flavors aren’t balanced.”

Below, you’ll find Gurrera’s six-step recipe for ceviche from his debut cookbook Joe Knows Fish: Taking the Intimidation Out of Cooking Seafood. And, for those who like it spicy and want to kick things up a notch, he has a suggestion: “Try doubling the amount of jalapeños in my recipe, and if you are really daring, triple it.”