Acid and Bulletproof Umbrellas, This Way

The best books, TV and movies for February

Because you don’t have time to find your horizons (let alone broaden them), we give you Meanwhile Elsewhere: InsideHook’s essential guide to cultural happenings. Much more this way, including our February Spotify playlist.


A serious time trip. Based off a popular Instagram feed showcasing the psychedelic, often double-exposed slides of photog Roger Steffens, this tome of (literally) acid-fueled pics features stark images from the Vietnam War juxtaposed with Steffens’s home life and rather chill hangouts with the likes of Bob Marley, Hunter S. Thompson and Timothy Leary. (Feb. 5) 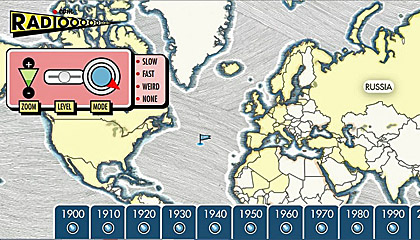 Musical time machine: Pick a decade. Then a country. Finally, a mood. Then sit back and enjoy the music that reps your preferred time, place and disposition (say, “slow” music from ’70s Argentina … which is kinda sexy). Unpredictable and addictive. And a nice break from Pandora’s repetitiveness.