It began as a joke, but it will be remembered as a testament to a dark, weird and — yes — funny time

In times like these, we all could use a good laugh. The flipside of that mantra is that one of the most reliable sources of those laughs — live comedy — is at a crossroads.

As a pandemic has raged across the country, comedy clubs have shown great agility, shapeshifting their output into outdoor pop-ups in parks, parking lots, and drive-in movie theaters. Comics have risked their lives to ease our anxiety, if only for an hour or two, and in conditions that compromised their craft. At drive-ins, for example, laughs and applause were supplemented by horn honks and high-beam flashes, often making crucial joke timing a literal fool’s errand.

Recorded September 1 at a Brooklyn drive-in theater, there’s plenty to chuckle at across the film’s 48 minutes; however, the part stand-up special, part documentary prioritizes a raw truth of the moment over laughs. And like everything else “2020,” Quinn’s time capsule couldn’t come together without some beefy chaos management.

“Even the cars had COVID rules,” Quinn tells InsideHook about the production, whose leaders instituted a pandemic precaution that required attending cars to park six feet apart from each other, which in turn meant a venue cap of 60. “I was expecting there to be a lot more cars,” Quinn says, “but they wouldn’t allow it.”

“It was really fun,” Breard says of the Quinn project. “It’ll be interesting to see what the response to the special is years from now, but I think Colin really achieved what he wanted to achieve.”

Quinn & Friends came to pass because of a March tweet from its director, who prophesied the rise of drive-in comedy clubs as a response to pandemic social distancing. Quinn says he was just “trying to be humorous, right after the coronavirus hit,” but his manager, Brian Stern, liked the idea so much he started putting a production team together. Eventually, Breard was brought on board, but not only because of her experience in the comedy production landscape. She’d also just founded the New York Producers COVID Response Alliance, a collective of producers dedicated to building protocol for film production during the pandemic. In composing a rulebook, Breard says the group consulted with an epidemiologist and specialists from Mt. Sinai Hospital. Through those conversations she began to grow confident that a stand-up special could be filmed safely in New York, which was not far removed from being the global epicenter of the pandemic at the time.

“Colin’s idea meshed perfectly in this world,” Breard says. “It just seemed exciting to think about bringing comedy alive and capturing this moment, working within the guidelines of the COVID safety protocols.”

Ally Engelberg, director of development and production at Above Average, the production services company that partnered with Breard to generate the Quinn special, says the piece is nothing less than “a historical document” about comedy and film production in the age of COVID-19.

“Every element of production has to be relearned and restructured for health and safety protocols,” Engelberg says, “and it was an incredible learning experience for us, but also a feat to get it up, safely.”

There were open-air tents housing different groups of the production team, each of whom had their temperature checked before entering the grounds. Three days earlier, they’d also been tested for COVID-19. Breard says one prospective worker (out of about 150) tested positive for the virus and was not permitted on set. Of course, everyone was advised to social distance as much as possible and keep their masks on — a rule the talent sidestepped while being filmed. Camera operators wore PPE, as well as boom-mic operators who stood far away from the people they were recording backstage. Equipment was frequently disinfected, and each comedian had their own microphone. Even the mic stand was repeatedly wiped down.

A number of microphones were also set up between the cars to capture laughs and applause, and additional cameras were also utilized in procuring footage both on and off stage. Small cars got to park up front because larger ones would have blocked the view of those behind them.

For Quinn and his special’s titular “friends,” the performances are at times as rocky as the shoreline they stood next to during filming. In the pre-pandemic era, comics often had to adjust their joke delivery to club-crowd noise and deal with hecklers impromptu by offering a quick quip. But when a car honked its horn at an unsavory moment during Quinn’s set in Brooklyn, all he could do was futilely shake his fist in the direction of the offender.

“It just bugged me the way he did it,” says Quinn, who believed the honk somehow “sarcastic.” “I’m interpreting peoples’ honks, though you do that while you’re driving anyway.”

Quinn’s film also chronicles the comedians’ struggles with audience energy during pandemic performances. The show’s host, Rich Vos, garners scant laughs in his introductory set, drawing backstage ridicule from his colleagues. After the first showcasing comic, Chris Distefano, performs, however, Vos returns to the stage on a mission to boost morale.

“Flash your lights,” he beckons the crowd. “Come alive!”

As a stand-up show host, “you want those people ready” to laugh, Vos tells InsideHook. At least, “as ready as you can get people in their cars,” he adds, admitting “it did take some time to get into a groove” because he opened the gig cold. But he also says he’s “done so many things in this business” that nothing will ever truly throw him off — a perception of self that was precisely the reason Quinn put him in such a precarious position. 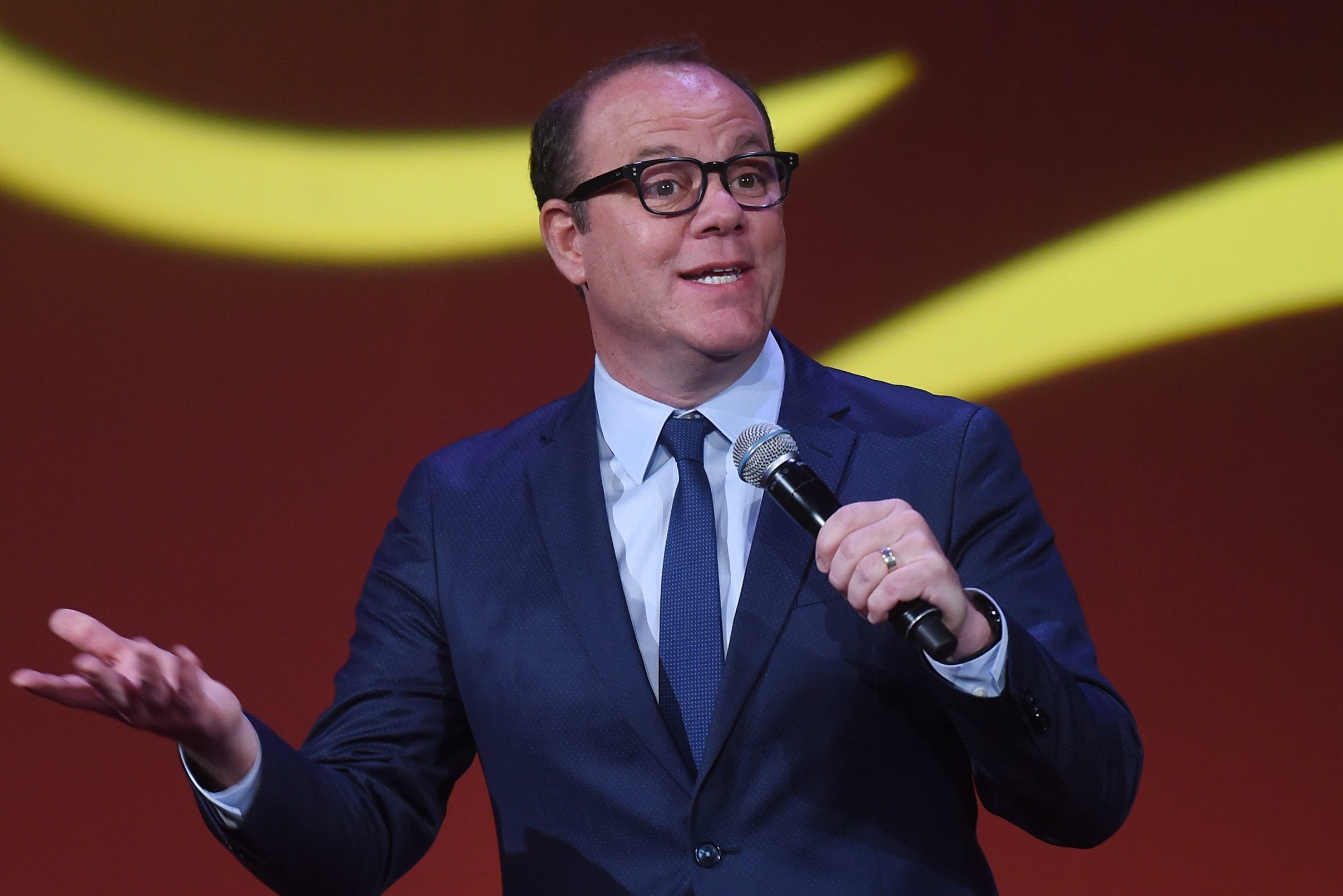 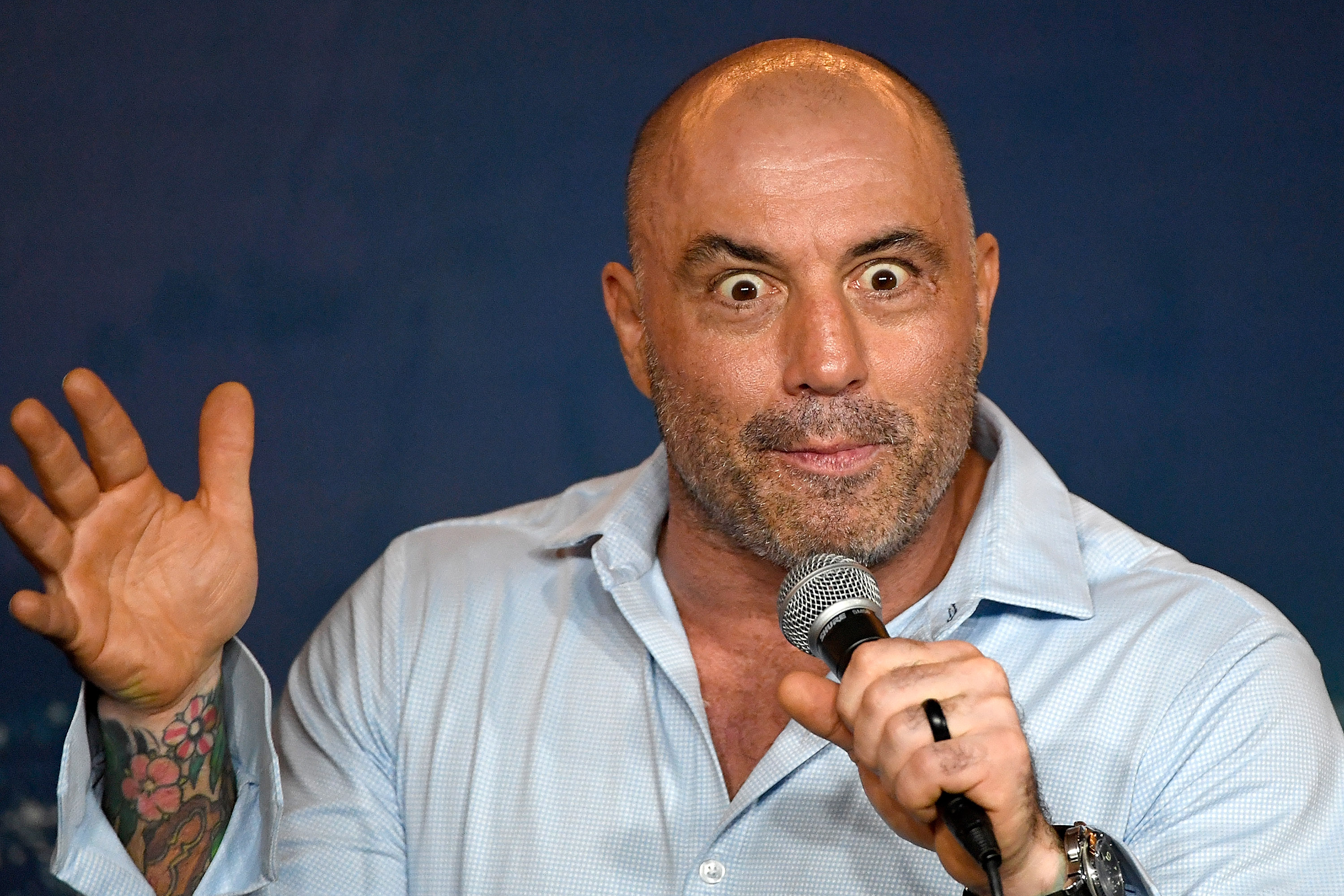 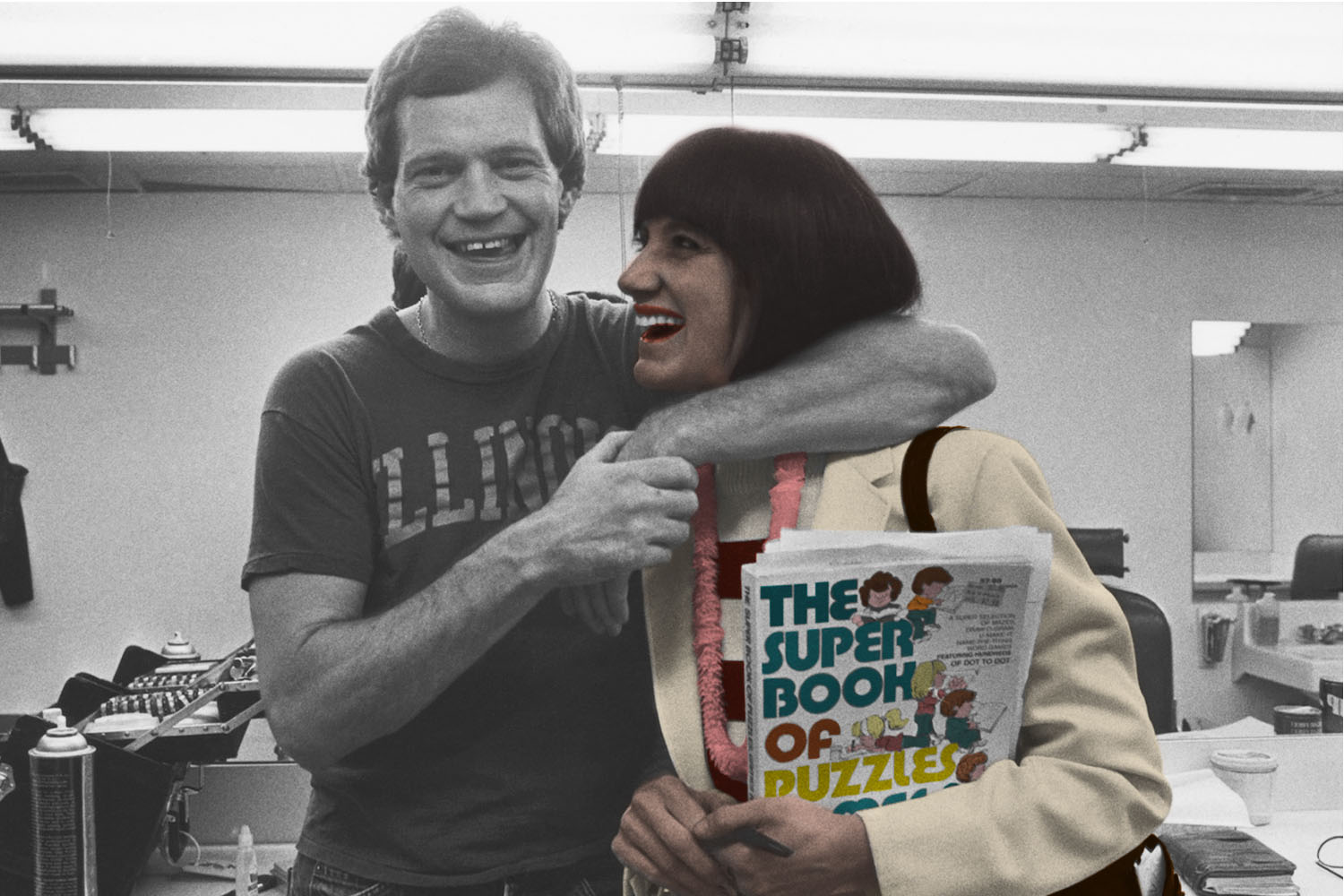 The showcasing comedians’ cause that night was not helped by Quinn either. He insisted that they deliver only brand new material to the car windshields and camera lenses before them. Dated bits about working in an office, for example, would not feel relevant in such a film, especially one whose purpose is to show what life has been like for comedians during the coronavirus crisis: as unsettled and challenging as it’s been for most others. Under such circumstances, even if a comedian bombs, Quinn says, “no one’s gonna know, it’s cars!”

Still, this was a particularly tough ask. The number of outdoor shows during the pandemic has not equaled the amount of gigs there would be if clubs were open; most of the performers had little if any stagetime to fine-tune the jokes in the run-up to the show. During one set, comic Marina Franklin kiddingly calls Quinn an “asshole” for instituting the material restriction.

“I know those people; they’re all so funny,” Quinn says. “They should have as much faith in themselves as I [have in them]. I know they’ll come up with funny stuff.”

This does bear itself out, eventually, over the course of the film. An example Quinn regards as exemplary is Rachel Feinstein’s opening joke. With the Manhattan skyline stretching over her shoulder, Feinstein — the evening’s third showcase comic — notes both the beauty and oddity in the night’s setting and says, “I just winked at the Chrysler Building.”

“I think we were all a little bit rusty, and we forgot stuff,” Feinstein tells InsideHook. “It wasn’t the level of prep I would do for a normal special, but I also feel like the audience understood that, and I think that’s what Colin wanted to portray.”

In her perspective, the film reveals how much the audience, willing to drive and sit in their cars for a show, “needed” comedy. She also says she felt safe at the event because the comedians and production staff had all been tested.

Breard says production leaders followed up with their workers and the talent afterward, and reports that no one came down with the coronavirus — a happy outcome, but one lined with melancholy, as it’s tied up in the realization of our new normal.

“It’s so depressing to see this is what the world has become,” Quinn says. “It’s such a beaten-up world now.”

But as the holidays approach, with visions of vaccines dancing in our heads, there’s growing promise of a less socially distanced future on the horizon. Maybe, just maybe, after catching so many comics at accessible, often free outdoor shows, audiences will revisit stand-up clubs in droves once permitted to do so, returning the favor for ameliorating our pandemic woes.

As more than an artform, and perhaps a public service, Quinn says, “I feel like comedy has proven itself now.” 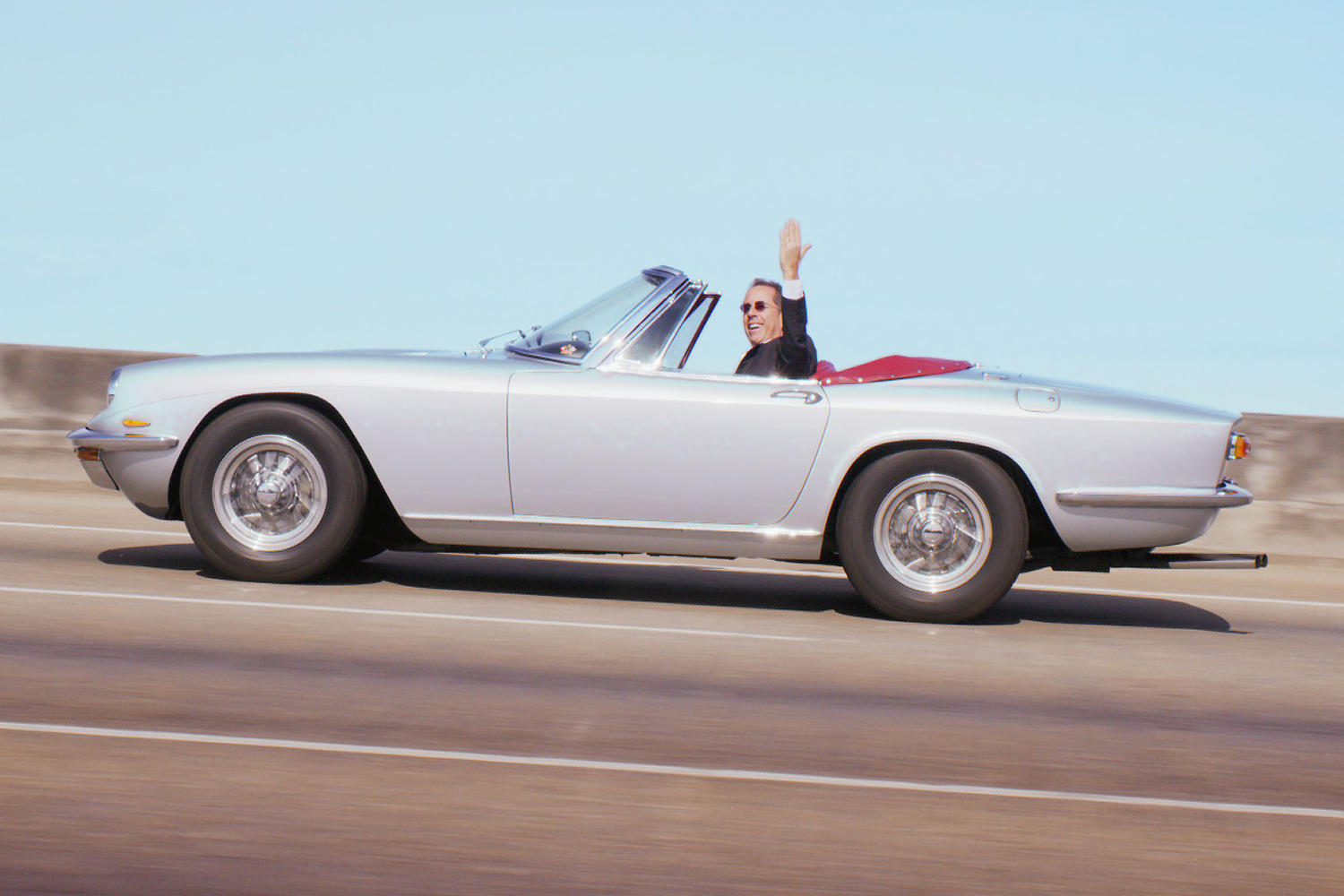 Every Vehicle From “Comedians in Cars Getting Coffee,” Ranked 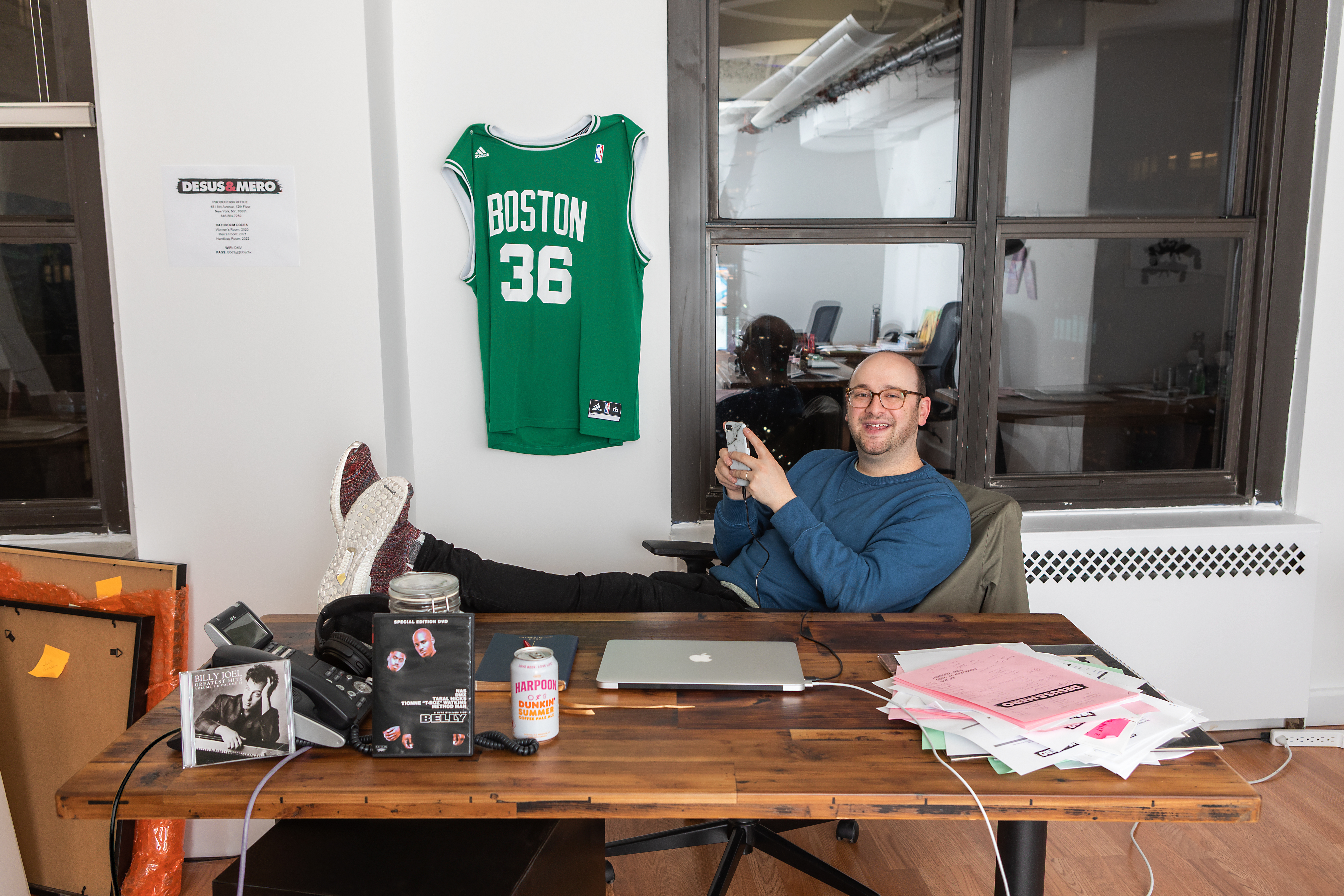 Workspace 101: Comedian and Writer Josh Gondelman's Boston-Friendly Desk in the Heart of NYC