The Gen Xer Turning the Art Auction World Upside Down

Loïc Gouzer, deputy chairman, postwar and contemporary art at Christie's standing next to the artwork 'Untitled' by Jean-Michel Basquiat in April 2016 (Kena Betancur/AFP/Getty Images)
By Will Levith 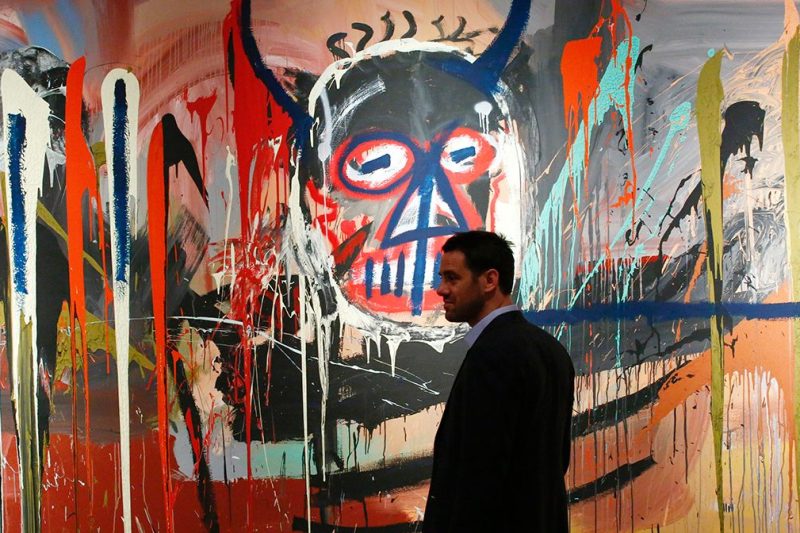 If you’re a fan of RealClearLife, you know that we cover the auction world quite a bit. And we’ve been known to preview a Christie’s art sale or two.

This year, the famed auction house is celebrating its 250th anniversary, and is serving up some of its greatest pieces to date. A lot of the traditional auction world is about pomp and circumstance—whether it be the flowery catalog descriptions or staged spectacles of an auction night. All that is fine and dandy, but it has a particularly staid feel to it. Like something that hasn’t changed in decades—just because.

But one of its specialists has been shaking things up a bit—bringing a little youthful energy to the table. What some might call “bro-ishness.” That would be 36-year-old Loïc Gouzer, a contemporary art specialist at Christie’s New York, who has spent the last five years with the company and pioneered what is called the “themed” or “standalone” sale, according to The New Yorker‘s Rebecca Mead. Writes Mead of Gouzer:

“Traditionally, employees at auction houses court collectors for years, waiting for them to divorce, run into debt, or die—the so-called ‘three D’s.’ Gouzer is less patient. He dislodges works from collections through dogged persuasion, sometimes with substantial guaranteed prices backed by Christie’s or by a third party. Promising a minimum price at auction can coax an owner into selling, but it leaves the auction house vulnerable. If the house guarantees a work and it fails to sell, the house is obliged to buy it, and then attempt to sell it privately. Meanwhile, if a third party guarantees a work and it sells to a different bidder, the guarantor may get a share of the upside. Gouzer enjoys taking such gambles.”

Despite (or perhaps because of) his giant pair of art-world cajones, Gouzer can rub some people the wrong way. He can be “emotional and petulant, like a child,” his boss tells Mead. “You want to slap him across the face, in a way. It’s part of his charm.” (But clearly, he’s getting the job done, or The New Yorker wouldn’t be profiling him.)

Read more about Gouzer’s upheaval of auction world traditions at Christie’s here. Watch Gouzer talk about one of his standalone auctions, “Looking Forward to the Past,” below.