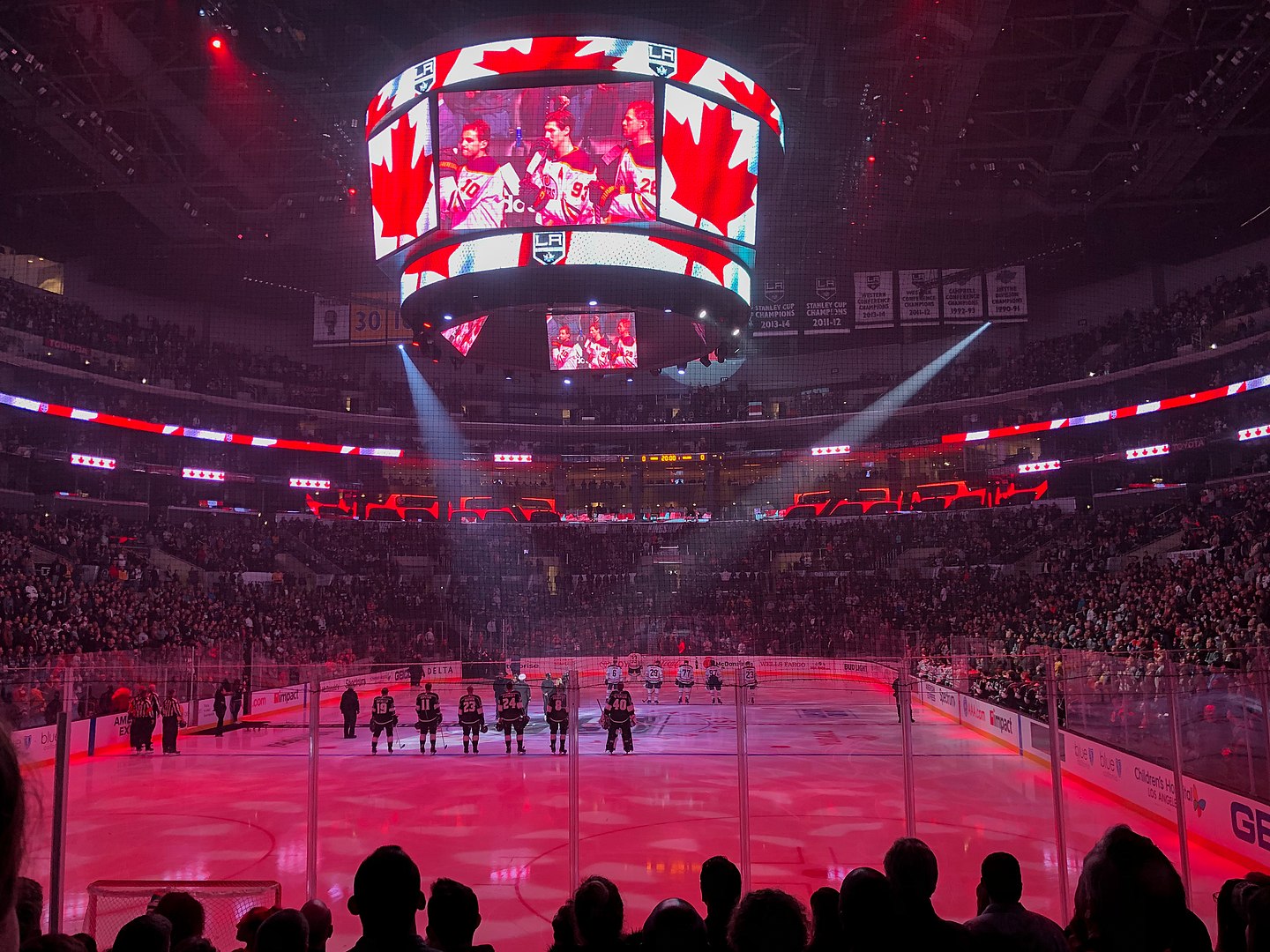 The interior of the Staples Center, where a Taylor Swift banner was recently covered up for Kings games.
mark6mauno/Creative Commons
By Tobias Carroll / October 14, 2019 6:00 am

The world of sports jinxes can be a strange one. Sometimes, fanbases’ beliefs in a jinx is related to something tangible: the aftereffects of an embarrassing play, or something connected to a long-running rivalry. Other theories of jinxes are more esoteric. Does Drake have the power to jinx players and teams? Could appearing on a Sports Illustrated cover be a sign of bad things on the horizon?

The Los Angeles Kings have been having a rough go of their season so far, and they’ve figured out the culprit. No, it’s not an issue with the players, the coaches, or the front office. Instead, it’s something having to do with the very arena in which they play.

Rolling Stone is reporting that the Kings have decided to tarp over a banner hailing Taylor Swift’s record-setting number of sold-out performances at the Staples Center. Why? Some among their fanbase believe that the banner has caused the team to become cursed. No, really.

With the team struggling, Kings fans made Swift the de facto scapegoat, blaming the presence of the banner – raised in August 2015 – for the team’s downfall.

Since the banner went up, the Kings have twice lost in the first round of the playoffs and failed to reach the playoffs twice, including the NHL’s second-worst record last season.

The article points out that the Kings did win their home opener after covering the banner. Chalk one up for the ineffable logic of jinxes and curses, apparently. Does this mean that if the Rangers start performing badly, fans of a certain Billy Joel-centric banner in Madison Square Garden should get worried?