Rodgers, 36, has played every single one of his 174 NFL games for Green Bay 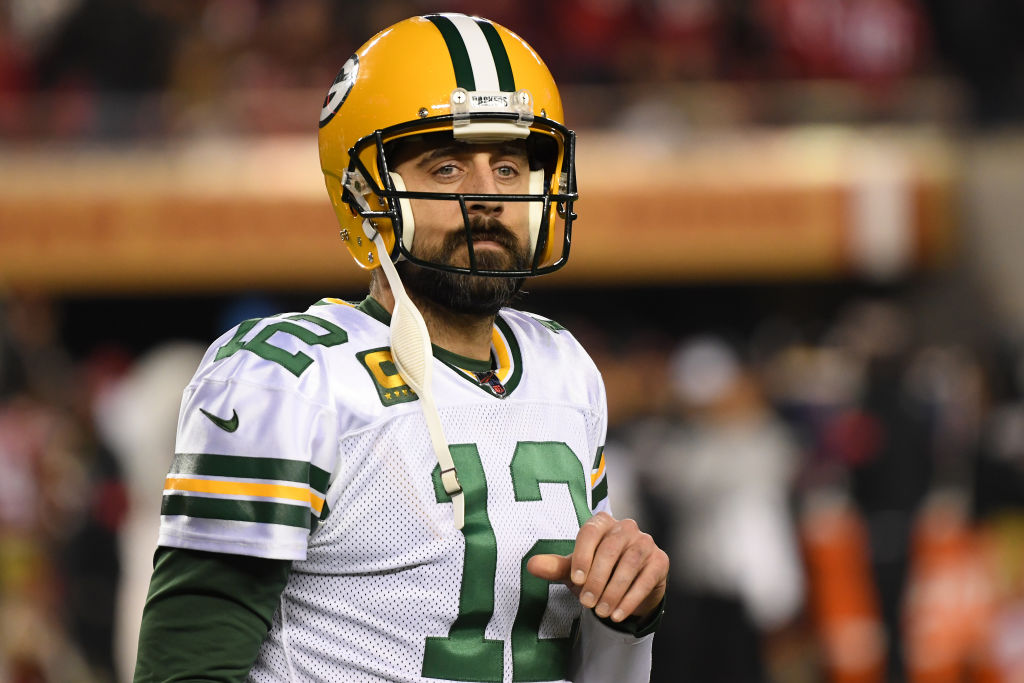 Aaron Rodgers of the Green Bay Packers reacts after a play. (Harry How/Getty)
Getty Images
By Evan Bleier / April 1, 2020 10:01 am

As Tom Brady’s departure from New England to become, of all things, a Tampa Bay Buccaneer, made fairly clear, the era of the one-franchise quarterback in the NFL is dead.

Aaron Rodgers, who has played every single one of his 174 NFL games for the Green Bay Packers, has taken notice.

Rodgers — who is signed with the Packers through the 2023 season — turned 36 in December and is coming off. by his standards, a relatively mediocre season.

When Brett Favre was 35 in 2005, the Packers drafted Rodgers to be his eventual replacement and there have been rumblings that Green Bay and general manager Brian Gutekunst will be working out some of the top quarterback prospects in this year’s draft in case one of them slips to No. 30.

Also, since Green Bay is picking so late in the first round, it is certainly possible Gutekunst uses their pick to reach for a quarterback who is projected to go early in the second round on Day 2 of the draft.

Were the team to do that, they could actually get out of Rodgers’ deal starting this year and save salary-cap space. And, because of the way the deal is structured, that’s an option that will be on the table every year moving forward.

During a recent interview on The Pat McAfee Show, Rodgers said he’d like to make the team’s decision about rolling with him or moving forward with a new quarterback an easy one.

“The only way to do that is to keep playing at a high level and give them no choice but to keep bringing you back because you’re the best option and give them the best chance to win. That’s my goal,” Rodgers told McAfee. “I’ve got four years left on my deal. I’d like to play four at a really, really high level, and if I feel like keep on keeping on from that point, to do it. I feel confident right now. I’m going to be 40 when the deal ends. I feel like I can keep going after that the way things have been going.”

Based on what Brady and Drew Brees have been able to do after turning 40, Rodgers is right that he can probably keep playing once his deal is up.

Whether it will be in Green Bay is another matter entirely.