Go Behind the Scenes of George Clooney’s Star-Studded A.F.I. Tribute

The actor and his wife were joined by Jennifer Aniston, Cate Blanchett, and Bill Murray.

As she was getting her hair brushed and lipstick touched up, Amal Clooney was preparing for an uncharacteristically personal speech. The woman more practiced at prosecuting war criminals at The Hague and speaking up for victims of ISIS was about to take the stage in front of a ballroom full of celebrities to talk about her husband, George Clooney. The human rights lawyer remained calm, though the same cannot be said about some of the other professional entertainers who came to toast George at the A.F.I. Life Achievement Award gala, which TNT will air on Thursday at 10 p.m. 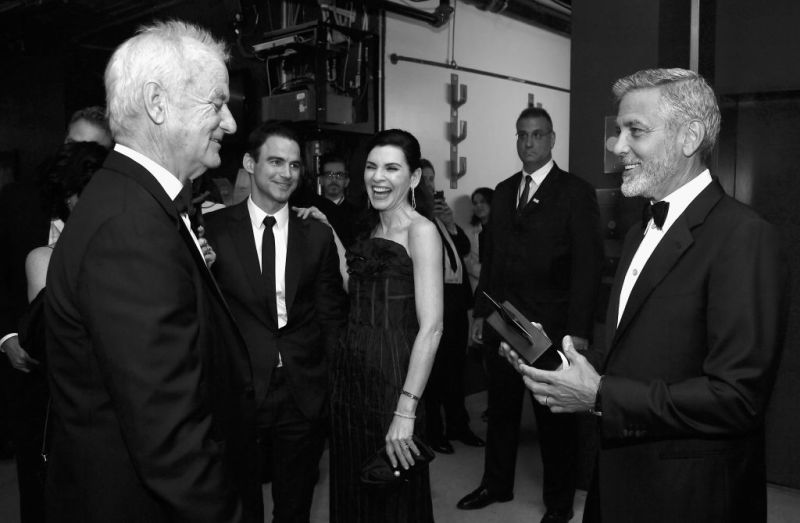 Kendrick fiddled with her rings and described herself to a stage manager as “very nervous but alright” before taking the stage. She starred with George in the film Up in the Air. Blanchett, who was in The Monuments Men and The Good German, declared, “I’m so bad at this,” as she looked at her notes before giving her speech. 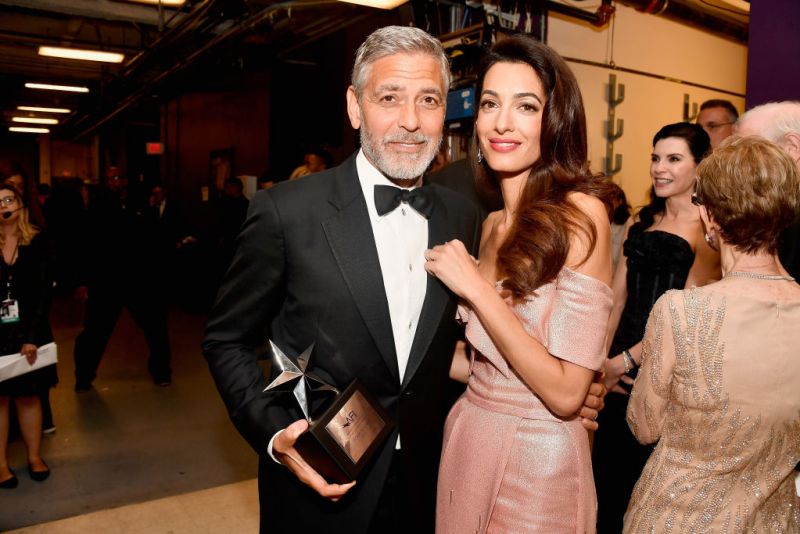 At only 57, George seemed too young to be gathering a lifetime achievement award. Murray decided to acknowledge that. “I know all of you thought the same thing that I thought,” Murray told the crowd. “George is dying.” But the reality is the exact opposite, the star seems to be living his best life. At the end of the night, he took the stage and praised “the one great love” in his life. After his emotional speech, he returned to the stage to thank the catering crew. “Has that ever happened before?” one waiter asked another backstage, who shook his head, wide-eyed, according to Vanity Fair.