We Could Cut Cancer Deaths in Half Starting Tomorrow

Many of the most significant "cancer contributors" are behavioral

A smoker's risk of cancer can be up to 10 times that of a non-smoker.
Viviane Moos/Contributor
By Tanner Garrity @tannergarrity

According to a new study published in The Lancet, a peer-reviewed medical journal, an eye-opening 44% of cancer deaths are actually preventable.

Cancer is the second-leading cause of death in America; last year 696,962 Americans died from heart disease, and 602,350 died from cancer. The worldwide figures follow a similar pattern — there were roughly 10 million cancer deaths across the world in 2019, and 23 million cases in total, which indicated a “substantial” increase in global cancer burden.

This latest round of research reports that 4.5 million of 2019’s cancer deaths can be attributed to “avoidable risk factors.” The culprits probably shouldn’t come as much surprise. The top three “biggest contributors to cancer” in order: smoking, alcohol use and high BMI (an imperfect but often telling marker of obesity).

As the Scientific American points out in a breakdown of the The Bill and Melinda Gates Foundation-funded project, “reducing exposure to risk factors could help to prevent a substantial proportion of cancers,” and could help us trim down the recent swell of cases practically overnight.

The call-to-action is particularly pressing for men. While only a third of female cancer deaths were from avoidable risk factors, half of male cancer deaths could be traced back to tobacco, alcohol abuse, crappy diets, unsafe sex and “workplace exposure to unsafe products” (like asbestos). And while smoking is the surest way for someone to pluck a cancer diagnosis out of thin air, obesity is the dark horse in the race — it’s responsible for the largest percentage of the cancer death increase since 2010.

However self-evident these studies may seem, they do help policymakers institute fundamental changes that can curtail the “behavioral” cancer burden. A Gallup poll released this past week displayed just how far America has come in kicking its nasty nicotine addiction; more Americans now smoke marijuana than cigarettes. That’s a testament to the decriminalization of weed, sure, but it’s still a stat that would’ve been unthinkable just 10 years ago. Tobacco taxes, transparent advertising and smoking bans have done their part.

Regardless of public measures, though, individuals should reconsider consider their wellness through the very specific frame of their personal cancer risk. Is that a tad morbid? Maybe. But it’s also realistic. Instead of adopting trendy wellness regimens or spending thousands on equipment, the first step towards a healthier, longer life is steeling yourself against the very real threat of cancer. If you avoid tobacco, limit alcohol consumption and keep your weight at a healthy level, you’re already well on your way. 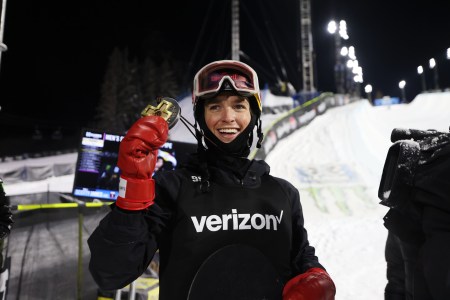 How Aussie Snowboarder Scotty James Became “King Of The Halfpipe”