Why Is Your Dad’s Favorite Soap Company Investing in Psychedelics?

Dr. Bronner's has donated millions to the research of psychoactive substances

Dr. Bronner's is way groovier than you ever realized.
Dr. Bronner's
By Tanner Garrity @tannergarrity

So you, or someone you know (probably your old man) swears by Dr. Bronner’s Soap.

It’s got that old world feel: a P.T. Barnum label, a peppermint scent, a tingly feel. It’s “manly,” but elegant. And it’s multi-use. According to the packaging, at least, one bottle of soap is as effective as an insecticide or toilet cleaner as it is a body wash.

Beyond the soap’s mission to clean you and the world around you, though, is a much larger one — peace and goodwill toward mankind.

Seriously. Like Patagonia, Or Ben & Jerry’s, Dr. Bronner’s is a not-so-secret social justice warhorse. For decades, the California-based brand has dedicated time and money to a variety of worthy causes, from animal rights to fair trade practices to environmental sustainability. And considering it’s a family business, the emphasis on the rights of its lowest-paid workers is extremely rare; no Dr. Bronner’s executive is allowed to make more than five times the wage of anyone in the company.

One of the company’s greatest crusades, though, was more or less foretold in its full, proper name: Dr. Bronner’s Magic Soaps. As The New York Times recently profiled, Dr. Bronner’s is a staunch champion of drug reform, and as of late, is pouring money into psychedelics.

Since 2015, Dr. Bronner’s has donated $23 million to drug reform efforts. For years, that focus was squared primarily on the legalization of cannabis. David Bronner — the current chief executive of the company, and grandson to Emil Bronner, its founder — even got into some hot water for public stunts in favor of the use of hemp. (Hemp oil is a crucial ingredient in Dr. Bronner’s soap.) He famously planted hemp seeds in the soil at the Drug Enforcement Administration’s front lawn, and years later, harvested hemp while sitting in a locked cage in front of the White House. In 2015, Seattle Hempfest named him their Cannabis Activist of the Year.

After some major wins in that arena (18 states have now legalized marijuana, plus the District of Columbia), Dr. Bronner’s has shifted its focus to psychedelics. The conversation around ayahuasca, ketamine, peyote and others has progressed rapidly over the last five years, as they’ve gone from perceived party drugs to “soul-healing” substances for those on expensive retreats to a legitimate therapy for addressing anxiety and depression.

In the last few months alone, psychedelic-assisted therapy has been discussed as a viable option for healthcare workers burnt out from the pandemic, soldiers suffering from PTSD and alcoholics who need extra help to stay on the wagon.

To reach a point where ketamine therapy is a billion-dollar business, let alone normalized in conversation, the process needed support — from wherever it could get it. Dr. Bronner’s was more than happy to oblige. David Bronner has donated $5 million of corporate funds to the Multidisciplinary Association for Psychedelic Studies since 2017. He is now on the Board of Directors at the organization. That money will only keep coming.

The head of the institute, Rick Doblin, told the Times: “When it comes to corporate philanthropy, you’d be hard-pressed to find another company with the courage to publicly back an end to the war on drugs.”

How much does Dr. Bronner’s give away each year? About 45% of its profits. (That’s around $8 million.) If that doesn’t sound like a sustainable business model, know that they pay their minimum wage workers $23.43 an hour, which is 56% higher than California’s minimum wage. Workers get free meals, free workout classes and free massages. They also get fast-tracked access to ketamine therapy, should they be so incline, which the executives contend boosts morale and productivity, while limiting otherwise exorbitant mental health costs.

This might all seem rather odd, coming from a company that you just assumed was good at making soap — and has recently released some well-reviewed chocolates. But it’s no stranger than its origin story. Emil Bronner escaped Nazi Germany to America, where he became a sort of hitchhiking spiritual prophet, determined to unite what he called “spaceship earth.” People came for the speeches, but they came back for his free soap.

The message has changed a bit, but not much. The labels more or less read the same (give ’em a closer look next time you’re in the shower) and a mission predicated on unity and open-mindedness remains. 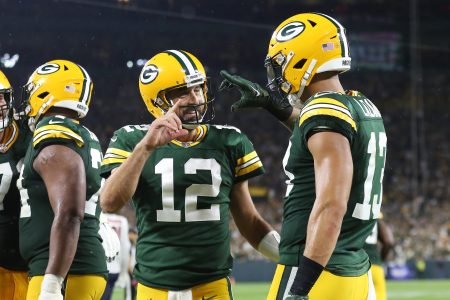 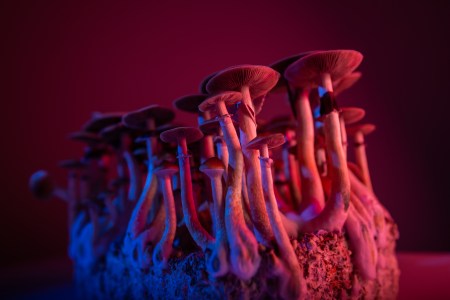 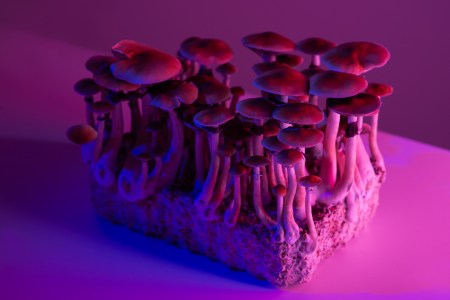 Psychedelics' Growing Popularity Leads to Existential Questions for the Industry