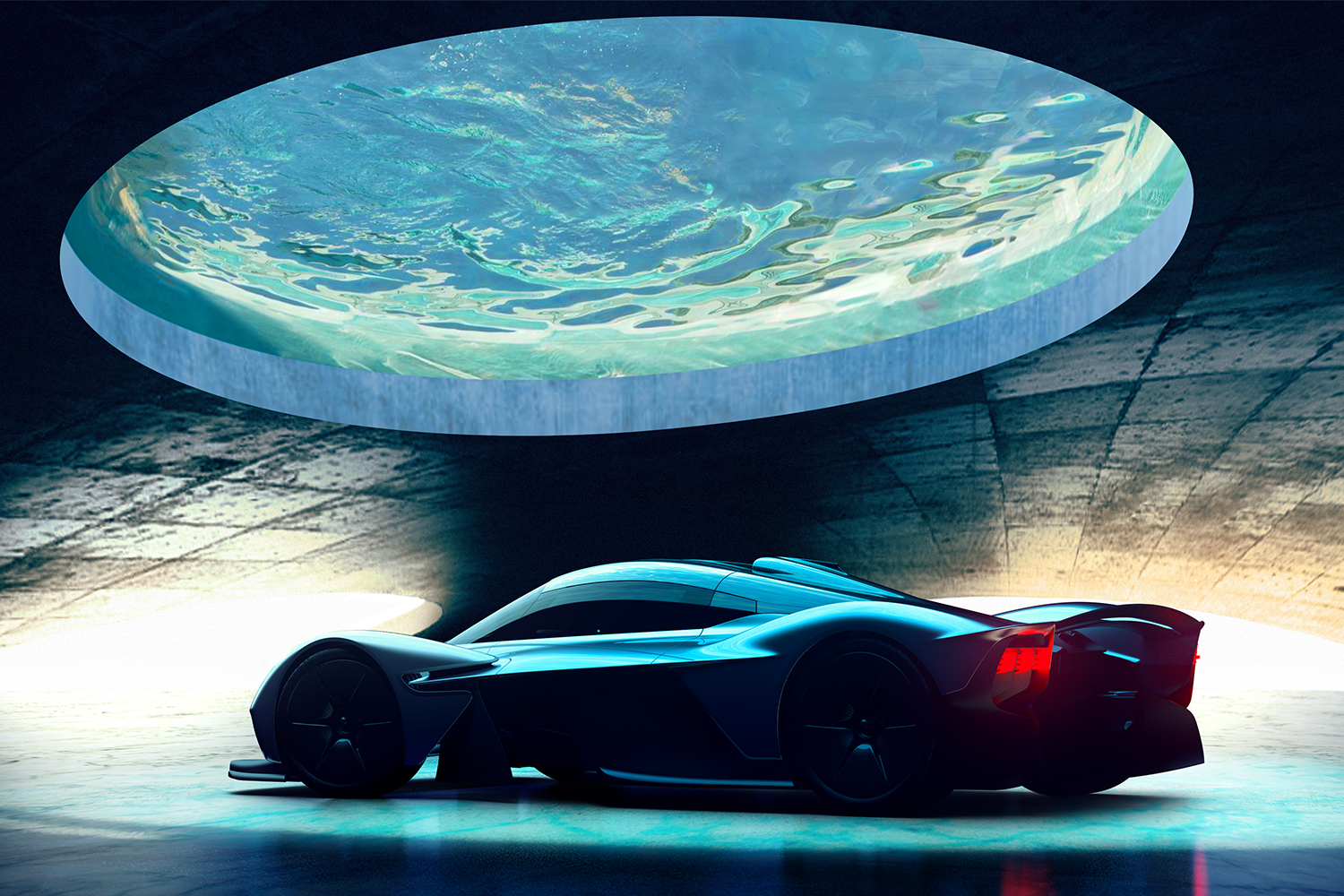 Want to store your Valhalla hypercar under an aquarium? Aston Martin Galleries and Lairs is on it.
Obermoser Arch-Omo ZT GmbH via Aston Martin
By Alex Lauer / August 19, 2019 1:24 pm

It’s no secret Aston Martin has been milking its James Bond connection for all its worth. Since the DB5 starred alongside Sean Connery in Goldfinger, the marque has opened the bespoke Q by Aston Martin arm (a reference to the film’s Q branch), commissioned new cars with working gadgets and seen its classic models sold off for ludicrous prices — one ‘65 DB5 sold at last week’s Monterey Car Week for $6.4M.

However, the California automotive gathering wasn’t focused on Bond’s hand-me-downs alone. At Pebble Beach, the brand launched Aston Martin Automotive Galleries and Lairs, a new design service that will help you build the ultimate custom space for your car. And no, the name isn’t hyperbole; they’re ready and willing to scheme up an evil villain lair worthy of Francisco Scaramanga.

“For the car enthusiast the garage is as important as the rest of the house and a bespoke auto gallery designed by Aston Martin that either focuses on showing off the car or is part of a larger, integrated entertainment space with simulators and such like, takes Aston Martin ownership to the next level,” said Aston Martin Chief Creative Officer Marek Reichman in a press release.

In other words, the range the marque is offering here is somewhere between Cameron’s dad’s sophisticated glazed box from Ferris Bueller and Christopher Nolan’s take on the Batcave.

This expansion isn’t unprecedented territory for Aston Martin, either. Back in 2017, we reported on the automaker’s first residential tower in Miami, the Aston Martin Residences, which are set to open in 2022. And as the press release notes, Reichman and the company’s design team are already “embarking on a number of exciting design projects relating to private residential developments.”

But if you’re still worried about letting a car company handle your home design, Aston Martin notes that the commissions are collaborations between its own team and “renowned architects, focusing on those with local knowledge and an excellent understanding of the specifics of the brief.” For example, the firm Obermoser arch-omo architecture designed the concept image above featuring the new Valhalla hypercar.

Other details about the new Galleries and Lairs branch, like starting price or available locations, are limited. Thus, we can only assume they’ll help you with any project anywhere on the planet — for the right price. If money is no object, you can inquire with the Aston Martin Partnership Team at ampartnerships@astonmartin.com.