Roger Smith's process is so painstakingly detailed that he only makes 15 watches a year, and he wouldn't have it any other way

Roger Smith isn’t entirely comfortable being asked what it feels like to be described as the world’s greatest watchmaker, as he often is. “Well, I always regard George as the best,” he says, thrown a little off-guard. “Here we just focus on making the watches. If people want to say that, then great. I think a lot of it comes from my story with George, the ways of working we took on from George. I just hope people regard what we do as genuine.”

Outside of serious horological circles, Smith’s name is largely unknown. Within them, the Isle of Man, UK-based watchmaker is up there. Right, right up there. That’s for two reasons: one, he’s one of the very few watchmakers to make his watches in their entirety — that is, every single part is made and then assembled in his workshop. Not a screw is imported, not a part farmed out, an approach unusual enough even among watch brand giants.

“The quality of everything that goes into our watches overrides everything else — a dial, for example, takes as long to make as is needed, which may be a month. The finishing on one component can take several days — and that’s just one of 250 components or more in the watch,” says Smith, sounding just a little exasperated by his own methods, not least because every month several less-than-perfect components get dumped, often after many weeks of work. “That’s just not something [more mass-market] brands can do. Modern mechanical wristwatches are mass-produced items and that brings a certain blandness.”

This frankly crazy level of craftsmanship perhaps explains the prices — typically on application but, to give some context, when two early R. W. Smith watches came up for sale online in 2016, an almost unheard-of event, these were priced at around $180,000 and $285,000 respectively.

Secondly, Smith was the only apprentice of George Daniels, who died in 2011, and who is often considered the greatest watchmaker of the 20th century, arguably of all time. It was Daniels who invited the co-axial escapement — now a major feature of Omega watches. It was a 1992 Daniels spring case tourbillon that sold for $4.1 million last month, setting a new record for a British watchmaker. But now Smith, as it were, is the master.

“George always used to say ‘never make baubles — leave that to the Swiss,’” Smith says with a laugh. “He was really driven by the idea of making a difference to mechanical timekeeping above all else, and I’ve really taken that to heart. I love that idea of continual improvement. He was a taskmaster. I worked hard, though never as hard as he wanted me to. But I was completely obsessed with watchmaking — for the first 15 years I don’t think I looked up from the workbench. I think he always hoped to take on an apprentice but couldn’t find someone ready to fit in with his way of life.”

Smith has more than made that way of life his own. Indeed, even if you have the money to ponder a purchase, you may be disappointed, not least because if the likes of Rolex makes some 800,000 watches a year, Smith makes 15. “We closed our order books about a year ago so we can focus on what’s already there to be done, and of course still take enquiries from those who want to get on to the waiting list for the waiting list,” says Smith. “When we get down to about three years of orders we’ll look to opening the books again.”

That Smith has scaled the heights of watchmaking is also a reflection of his determination. It was Smith’s father who suggested he look into watchmaking after it became apparent that his son was less than impressed by school. Aiming high — very high — and buoyed by naivety, Smith decided he would make a pocket watch for Daniels. Some 18 months of midnight toil followed. Smith approached the god-like Daniels with his offering. The watchmaking supremo told him it was not a bad effort — or a few words to that effect — and to try again. So he did. Daniels was suitably impressed and so Smith found himself a Padawan to Daniels’ Jedi. That association has no doubt lifted Smith’s standing among collectors, but, as he stresses, “I think if I was in any way casual about the way I work then I think I would have been found out by now.” 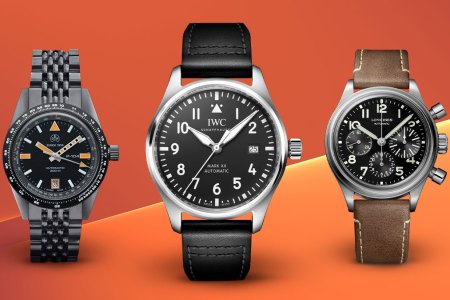 The Best Pilot’s Watches at Every Budget

They're bold, legible and extremely versatile. And you don't have to be a pilot to rock one.

“What’s really driven me was looking around and not finding the qualities I wanted in a watch,” he says. “When I started out there were some very nice watches out there but none of them connected with me in the way I wanted. At the time I was studying a lot of old English pocket watches and the hand finishing, the construction, you just couldn’t find them in modern mechanical wristwatches. I wanted those pocket watch qualities in a wristwatch — and that hadn’t been done before.”

Certainly, Smith is all about working at the limits of what’s possible with tiny cogs and wheels. He’s no doubt produced what will in time — if they’re not already — come to be regarded as historic masterworks, including an improvement to Daniels’ escapement, in part by radically lightening it, in turn increasing the service interval for a mechanical watch to over 10 years. That’s way ahead of the industry standard. His Series 4 watch has an instantaneous triple calendar in which, in a watchmaking first, the date indicator travels around the outer edge of the dial without the need of a hand cluttering up the dial. But still Smith looks back to his mentor.

“It doesn’t surprise me that that watch of George’s recently sold for so much — and I think it will eventually become a £10 million watch,” he enthuses. “I saw George working day in, day out, and really he was a world apart from anyone else. When someone first told me he made watches by hand I just didn’t believe it. It was just so counter to the way the watch industry normally works, certainly as most people understand the industry. The very idea sounded impossible. Knowing that one man conceived, designed and built that watch is amazing, especially in times when you can become a bit awash with [the emptiness] of marketing and media. Something like that can feel very real. What an incredible object to put on your wrist.”

It’s why Smith is also keen for others to have the same slack-jawed experience that he had, by taking on his own apprentices. This helps with production of course, but it’s more about passing on the knowledge that Daniels passed to him — touchingly, when Daniels died, he bequeathed his tools to Smith too. Smith goes so far as to open his workshop to all-comers — anyone interested in having a go can do so. One watch enthusiast has been visiting now for seven years, slowly building his own wristwatch.

“That commitment is massive, I know. It consumed George’s life and it consumes mine. But you don’t have to be a George Daniels to get lost in watchmaking,” Smith says. There is a pause, as if he’s suddenly overwhelmed by the idea of getting any more lost than he already is. “You can’t imagine the amount of effort that goes into making just those 15 watches a year. It’s a massive challenge doing everything ourselves. But doing it this way is the only way I know.” 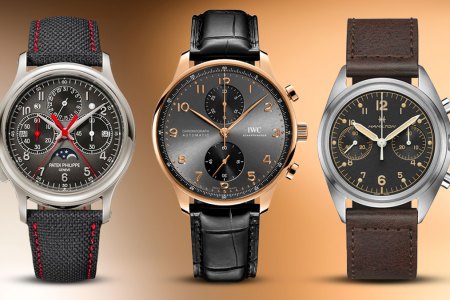 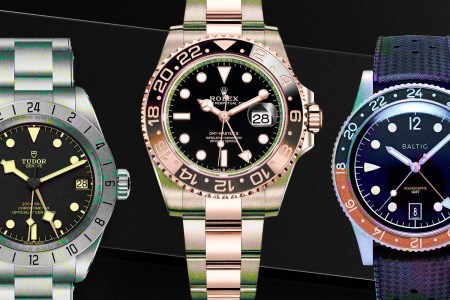 The Best GMT Watches to Buy at Every Budget