(Courtesy of Christie's)
By Will Levith 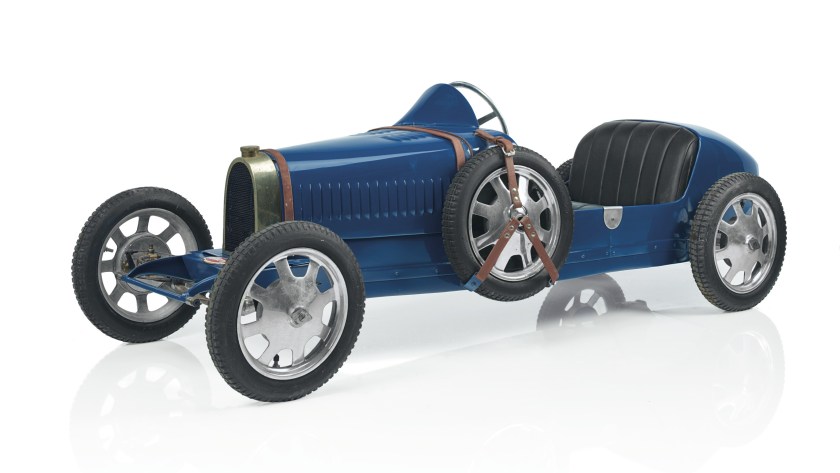 The Bugatti Baby 52 may have originally been meant for children, but it’s got some grown-up roots. Designed by Bugatti’s founder for his five-year-old son, the 52 is an exact half-sized replica of the Bugatti Type 35 Grand Prix, a champion race car in the late 1920s. When it was first released, the toy car had a thermal engine and was much shorter. But it was updated to make room for a 12-volt electric battery and stretched out to fit children ages 6-8. And if you were wondering, it actually drives, reaching a top speed of about 12 mph. Christie’s estimates the full production run for the toy was around 500 between 1927-37. These days, only 100 exist, and Christie’s recently sold one for $75,000.