This beast can definitely take the heat

As we type, there are roughly 11 forest fires ablaze across California.

If only there were enough Bulldogs to fight them all.

The Bulldog is a gargantuan 4X4 fire truck capable of delivering 2,000 gallons of water, paving the way for relief workers to get closer to extinguishing a forest fire.

The front of the truck is outfitted with floor sprayers and a hoses, one of which sits at the grill and can be directed from inside the cab. The heat-resistant wheels are 54” high and can roll right over trees and smoldering embers.

The truck is made by Howe and Howe Technologies, which designs and manufactures military and first-responder robots and vehicles.

Howe and Howe’s work is also featured in movies such as Mad Max Fury Road, G.I. Joe and the upcoming Fast and Furious 8.

Though the firetrucks are offered in two sizes, Alpha and Delta, they are truly customizable to meet a fire department’s specific needs. As of now they’re being used by departments in Texas, Minnesota, Illinois and soon in Montana.

Howe and Howe is busy filling existing orders through 2017. Hopefully California hasn’t burned down by then.

Why Can't Michael Jordan Sell His Mansion in the Chicago Suburbs? 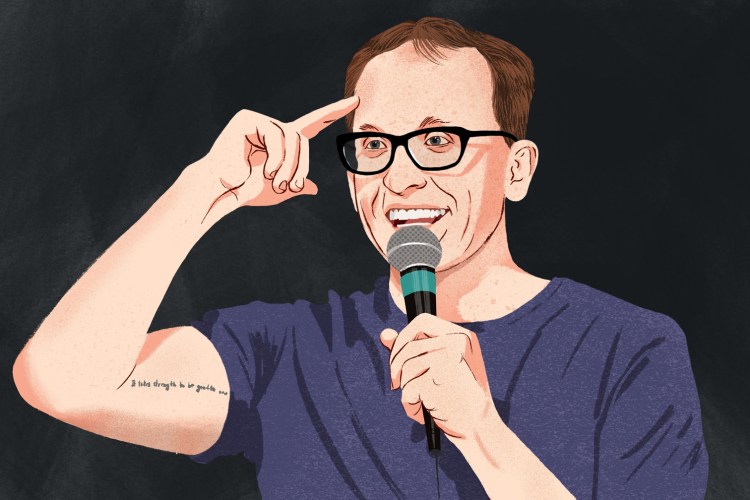 How to Not Be a Terrible Airbnb Guest, According to Hosts
7 Limited-Edition Whiskies You Need to Try Right Now
Why Can't Michael Jordan Sell His Mansion in the Chicago Suburbs?
The Biggest Mistakes Older Men Make on Dating Apps
Sponsored: Comedian Chris Gethard Is the Unexpected Mental Health Champion We Need Right Now
How Did Costco’s Kirkland White T-Shirt Become a Cult Favorite?

Sponsored: Five Timepiece Collectors Name Their Biggest eBay Watch Crushes
The Story of the Internet’s “Silk Road” Feels Way Less Sinister in 2021
The Design Firm That Helps Divorced Dads Transition Back Into Single Life
Nike's Classic Blazer Sneakers Are 37% Off
The One End-of-Season Sale Worth Shopping Is 50% Off at Aether
This Workwear-Inspired Jacket from Todd Snyder Is Only $84
Take 15% Off Any Piece of Furniture at Industry West
Billy Reid's Mid-Weight Knit Bomber Is $68 Off
Meet the Distillers Who Changed the Narrative Around Flavored Whiskey