If you had to describe the 2017 Bentley Continental Supersports in one word, this would be the word: fast.

In fact, the just-announced Continental Supersports is the fastest, most powerful production Bentley ever.

Before we get to the specs, here’s a little background. This is the third iteration of the Supersports model that Bentley first produced in the 1920s and relaunched in 2009. The latest model has been lightened and sculpted. 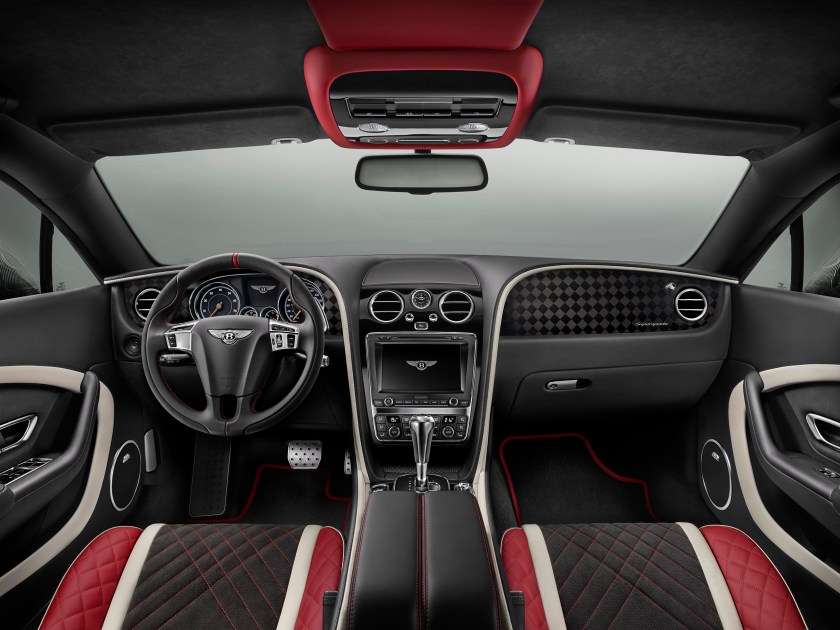 The $293,300 four-seat coupe comes with a six-liter, twin-turbocharged W12 engine that gets 700 brake horsepower (bhp), which is an increase of 79 bhp over the 2009 version. It has the carmaker’s eight-speed automatic paddle-shifting all-wheel drive.

It will reach 60 miles per hour in 3.4 seconds, which is .3 seconds faster than the 2009 model. With a top speed of 209 mph, the Continental Supersports is the world’s fastest four-seater. 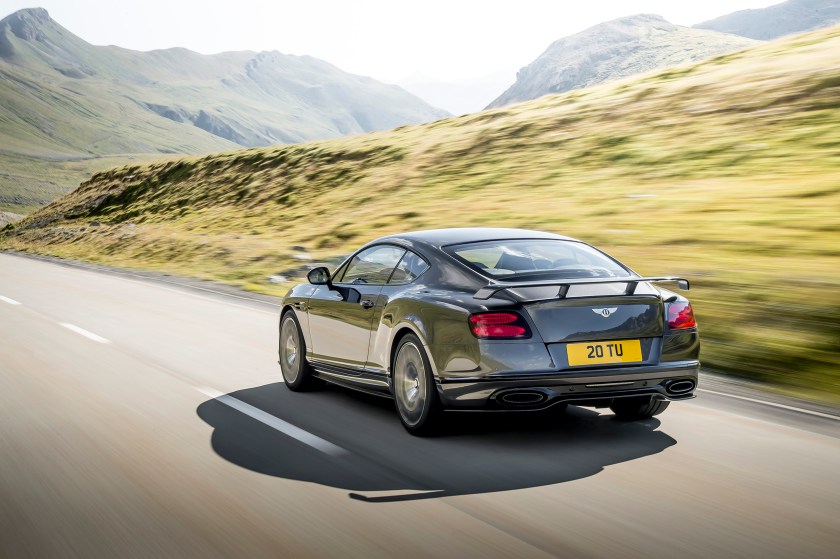 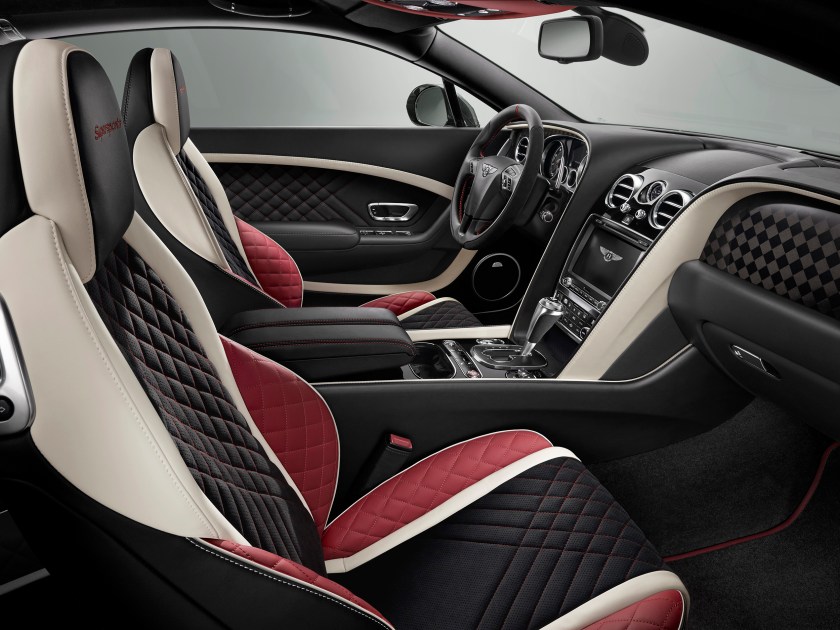 On the outside of the car, Bentley has added the largest disc brakes in the world for their type, new lightweight 21-inch forged alloy wheels, and an optional titanium exhaust system that makes the car sound “like a rifle fire” as it downshifts, according to the manufacturer.

Preliminary photos reveal that it has newly sculpted front and rear bumpers, plus carbon-fire hood vents, gloss-black front wing vents, and a gloss-black exhaust tailpipe. The front of the car has dark-tint headlamps and a black-lined grill. The rear has a black-lined bumper and an optional rear spoiler.

Inside the cabin, Bentley has come up with a new diamond-quilted design for the seats and door panels. Checkered panels, 10 different veneers, and many color options for stitching and leather are also available. And the convertible comes with a neck warmer that blows hot air from behind the front seats toward passengers in the back.

The first cars will arrive in showrooms in May 2017.

Watch the video below to learn more.

To read more about Bentley’s fastest vehicle ever, go here.