Elvis's transformed hoopdee will have you all shook up

Because nevermind this BMW 507’s super-limited 1950s production run, which tapped out at just 252 makes. On top of that, this classic cloud was the ride Elvis drove in Germany during his deployment as a U.S. soldier. And it’s been on quite the journey in the interim.

Prior to the King’s courtship, this 507’s original owner was Hans Stuck, who helmed it through ‘58. A racer, Hans ran the 507 in hillclimbs throughout Germany, Sweden and Austria and showed it off in London, Turin and Frankfurt. He even landed the car a cameo in the Bavarian film Hula-Hopp Conny. Then he sold ‘er off to a dealer in Frankfurt, later to be picked up by a nubile, 23-year-old Elvis.

No stranger to breaking hearts left and right, the rock star had the BMW’s original white paint swapped out for candy apple red, a response to the droves of women who kept writing love letters on the 507 in lipstick.

Then in 1960, shortly upon his return to the States, he let the Beamer go to a New York dealer, who later sold it to a DJ for $4,500. And after a short racing career down south, Cali collector Jack Castor snagged the car in ‘68. Castor was the key to uncovering the cars famed-owner history and sold the 507 to BMW Classic two years ago. Displayed in ghastly condition in Germany for a short time, Classic decided on a full restoration for a Pebble Beach unveiling.

Said unveiling — previewed in photos last week — is not going to disappoint.

They put in a “new” aluminum 3.2-liter V-8 composed of new and found parts, stripped and refinished the aluminum and steel chassis using 1950s techniques, cut away pieces of the frame to make way for a Chevy engine and installed a fine new black-and-white interior with replica 3D-printed trim.

And finally, they restored the original white color to the certain delight of any lipstick-toting Elvis enthusiasts in the Pebble Beach area. 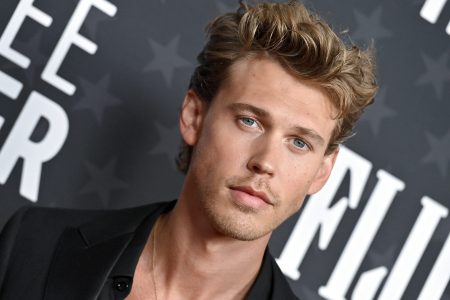