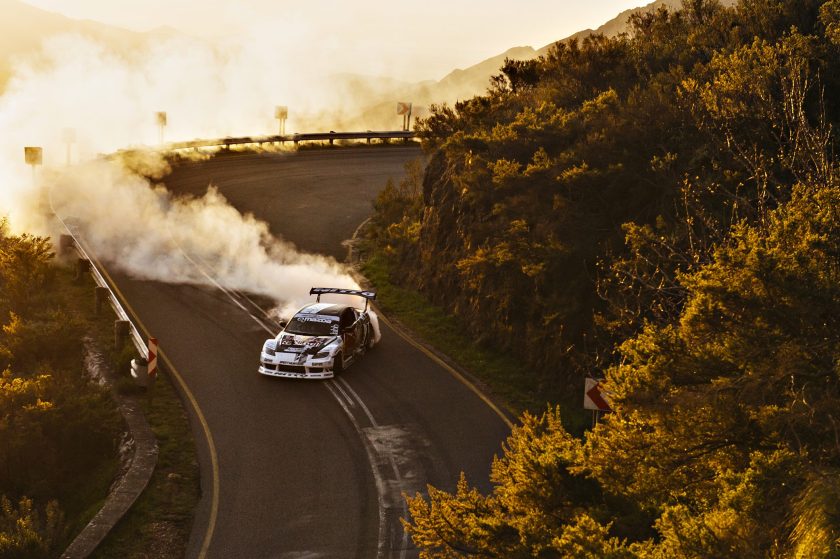 Michael “Mad Mike” Whiddett is no stranger to risk and the adrenaline rush that comes with it. An internationally-ranked motocross racer who’s competed since he was six, Whiddett is a professional drifting racer. For those unfamiliar, drifting is a technique where the driver intentionally oversteers, losing control of the rear and sometimes all four tires, while still maintaining control around the corner. In competition, drifts are judged by speed, angle, and the line taken through corners.

In the past, the New Zealander has showcased his driving talents by drifting up a mountain or across a frozen lake in Japan. Looking for a new challenge, Whiddett made the journey to South Africa with his car, a triple-rotor turbo Mazda RX-8 he calls BADBUL. And he had a worthy challenge: less than 50 miles outside of Cape Town lies Franschhoek Pass, an iconic mountain pass that features sheer cliffs and hairpin turns. 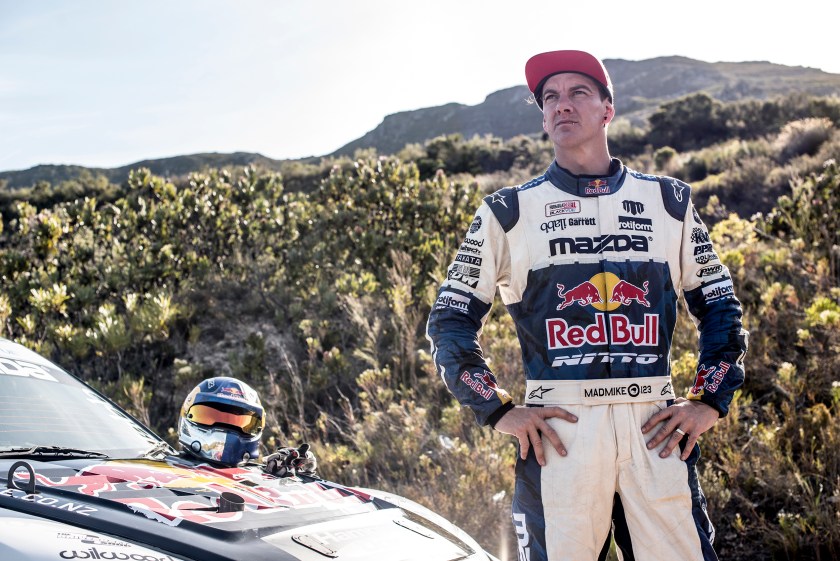 “The drive itself was just crazy,” Whiddett said in a recent interview.  “I can compare it a bit to Conquer the Crown—a very successful project we did back home that was a game-changer for drifting because of the credibility the sport got for the precision driving. The scenery is very similar, but this road was far more raw, with like massive cliff drops and not much run-off. Not much space for error.”

In the video below, Whiddett tackles the treacherous road with undeniable tenacity. Watch as the racer screams around corners at 150 miles an hour, all to the soundtrack of South African hip-hop acts uSanele and Stilo Magolide (listen to the song in full here).