The Women Behind the Future of Sex Tech

Between sex toys and videos of real world sex, women entrepreneurs are changing the game. 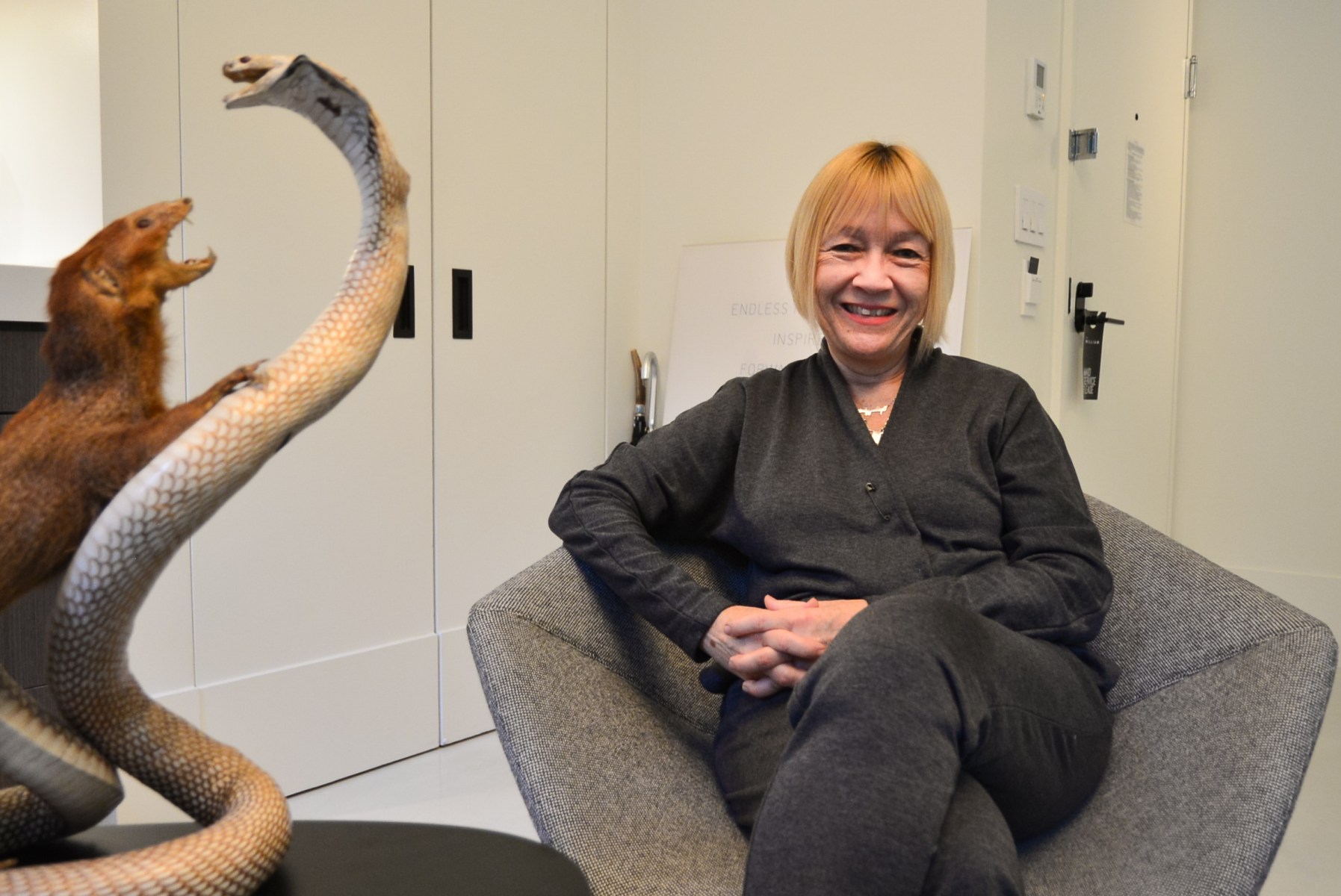 Around the world, women are addressing the wage gap, workplace harassment, and now: sexual pleasure. At the helm of sex tech, women are working to develop technology “designed to enhance, innovate and disrupt in every area of human sexuality and human sexual experience.”

Gallop is not the only woman out there looking into the appeal of “real world sex.” Bryony Cole, who runs the Future of Sex podcast, spends most of her time talking to the leaders of sex and technology from around the world. On her show, Cole talks to the experts about how technology is impacting their sex life and the types of sex technology they are building to improve it. At the end of the interview, she always asks them: “What do you think the future of sex is?”

“The biggest insight for me is that their answers are never to do with technology, and always to do with some aspect of humanity,” Cole said to RealClearLife. “Technologists, scientists, therapists and entertainers are all hoping for a future that is more open, less shameful and without judgment.”

Cole says that a big part of the sex tech industry is just knocking down the barriers that our society has built around talking openly about sex.

“Aside from the developments in products and services, the greatest part about the emerging sex tech industry is that it is sparking a cultural conversation about sex,” she said in an email interview. “By framing the conversation of sex in ‘sex tech’ — in technology — it becomes a lot more acceptable to debate and discuss sex.”

Other major organizations that focus on female pleasure and destigmatizing sex are also run by women. Janet Lieberman, who founded Dame Products, told The New York Times that she started making sex toys as a bit of a joke. But last year, Dame became the first company to receive funding through Kickstarter for a sex toy. Then there’s Unbound, a Manhattan-based sex toy company that sends subscribers a box of products every quarter, started by Polly Rodriguez. Or House of Plume, which sells storage boxes for sex toys, started by Lidia Bonilla. Or Sustain, led by Meika Hollander, which is a sex-positive company with an ethical, environmental ethos.

These organizations still face hardship getting off the ground. According to an analysis by Unbound, around 70 percent of sex product companies are run by men. Meanwhile, more than 90 percent of partners at the top 100 venture capital firms worldwide are male, who do not understand what kinds of sex products female customers want, writes The Times.

The Success of Talking About Sex (and Tech)

But the women running the sex tech industry are finding community amongst themselves. Rodriguez also founded Women of Sex Tech, which has more than 70 members, including Gallop and Cole. They have organized three New York events, according to The Times, including a live taping of the Future of Sex podcast last August. They also participated in “America’s first sex tech hackathon” which was in part created to urge women to join the field. Now, Cole is working on Australia’s first Sex Tech Hackathon, which will take place later this month.

In a blog post explaining the hackathon, Cole writes, “Hackathons are a vital way of sparking critical social conversations, adding diversity of perspective and creating new solutions and dialogue to an emerging industry like sex tech.”

Cole also writes on the blog that a hackathon is a chance to “positively impact how we look at many issues that impact sexuality, from sexual violence and abuse to global health crises like AIDS and STDs to education models that help us live healthier lives.”

Sex Tech in the Age of the #MeToo Movement

“In the light of what is happening today, with the growing numbers of sexual abuse surfacing, this conversation is even more urgent and we all must be asking questions about the direction of technology and its effects,” Cole said to RealClearLife. “It cannot just be up to the technologists to decide this. This is why it is so critical we start talking about sexuality and remove the shame and stigma from the conversation and start to understand where technology could take us.”

Gallop agrees that sex tech can help end rape culture and sexual abuse. She believes that everything in life — and in business — starts with you and your values. Many people are brought up to have good manners and be respectful, but “nobody is ever brought up to behave well in bed.”

“The only way we end rape culture is when we inculcate in society a universally openly discussed, understood, operated, and very importantly aspired to, a gold standard of what are good sexual behaviors,” Gallop said. “When we do that, we will also then end sexual harassment, sexual abuse, sexual violence, all areas where the perpetrators currently rely on the fact that we do not talk about sex, to ensure their victims will be so ashamed and so horrified they will never speak up, never go to the authorities, never tell anybody. When we end all of that, we massively empower women and girls worldwide, and when we do that, we create a far happier world for everybody, including men.”