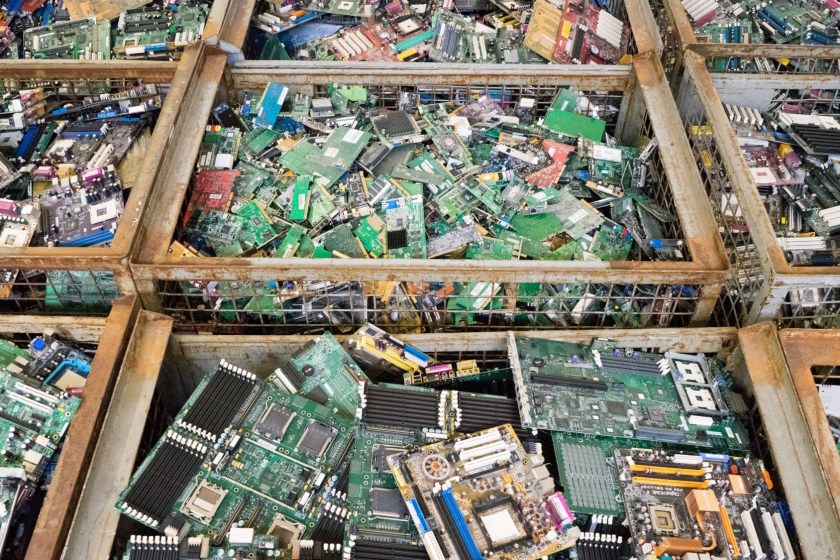 For every person in the United States, 50 pounds of outdated or defunct electronics was thrown away in 2016. That amounts to a staggering 16 billion pounds of annual e-waste. Because a lot of gadgets these days contain varying degrees of chemicals that can be harmful when broken down, this waste is treated differently from normal garbage. In fact, there’s a whole industry built around e-waste disposal. Many companies give their waste to private contractors, who in turn dump it at massive sites in developing countries like Ghana and China. Here’s how it happens:

“The U.S. is the only developed nation that hasn’t ratified an international treaty to stop First World countries from dumping their e-waste in developing nations. So, mountains of hazardous US-based waste are growing at an exponential rate in countries like India, China, and South Africa. Exported e-waste has turned rivers in China black and towns in Ghana into some of the world’s largest dumps. The UN Environment Programme predicts that between 2007 and 2020, the amount of e-waste exported to India will have jumped by 500 percent, and by 200 to 400 percent in South Africa and China.”

The Verge’s Andrew J. Hawkins, who wrote the passage above, followed the trail of e-waste from New York City to its final destination in Massachusetts. He chronicles the defunct electronics’ journey from beginning to end, detailing the astonishingly complex and convoluted business of e-waste recycling. In the process, Hawkins provides a window into a world we all contribute to annually but rarely think about. Read the full story here. Below is a video that chronicles the conditions in one of the world’s largest e-waste dumps in Agbogbloshie, Ghana.