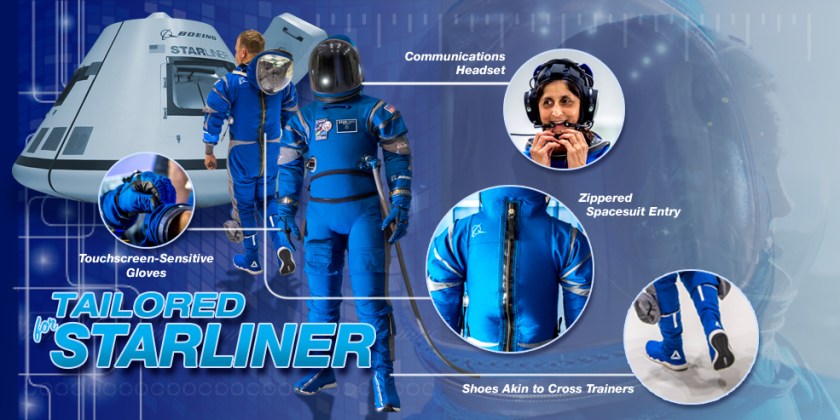 Say goodbye to those bulky, white or orange spacesuits that made early astronauts look like the Michelin Man. NASA has recently unveiled its new Boeing Starliner spacesuit, and it looks not only sleeker and more stylish, but also as if it were based on one of your favorite ’70s sci-fi movies.

The new blue suits will feature lighter, more flexible fabric; a helmet/visor, which is part of the suit itself, not detachable; touchscreen-sensitive gloves; and special in-suit ventilation that allows astronauts to be cooler and pressurize more quickly. Not to mention the fact that even with all its accoutrement, it’s 10 pounds lighter than the one it’s replacing. 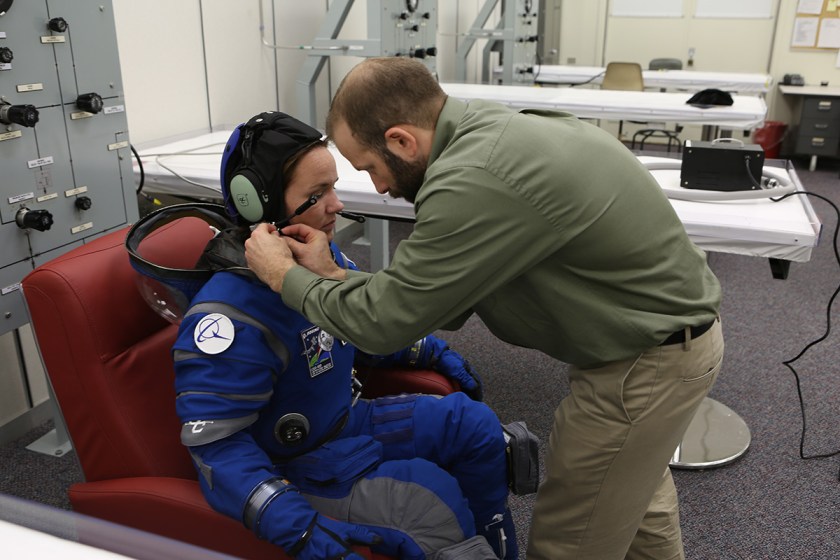 A suit technician fits the communications carrier on an astronaut stand-in before pressurizing the spacesuit inside Crew Quarters at NASAKennedy Space Center in Florida. (NASA/Cory Huston)

“The spacesuit acts as the emergency backup to the spacecraft’s redundant life support systems,” said Richard Watson, subsystem manager for spacesuits for NASA’s Commercial Crew Program, in a press release. “If everything goes perfectly on a mission, then you don’t need a spacesuit. It’s like having a fire extinguisher close by in the cockpit. You need it to be effective if it is needed.”

For more on the suit, click here. Below, watch a video about it.