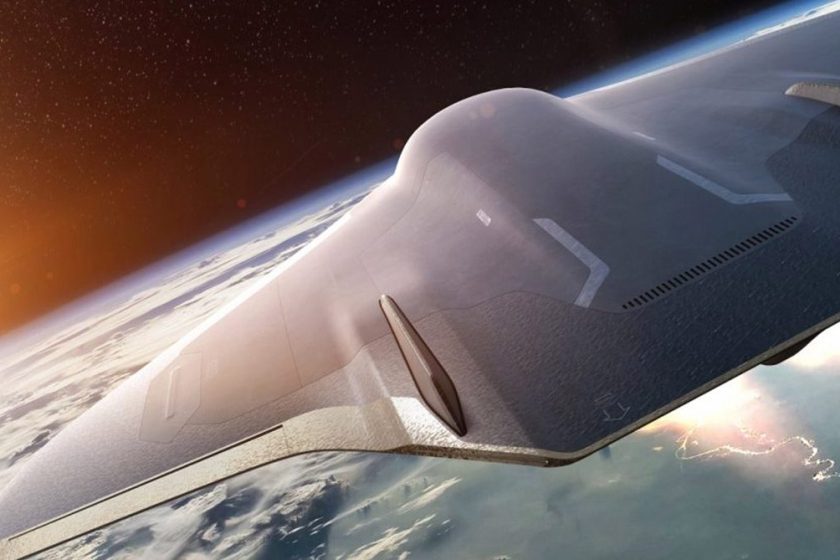 A rendering of the Paradoxal supersonic jet (Juan Garcia Mansilla)

Industrial engineer Charles Bombardier has recently created an astonishing aircraft concept. It’s called the Paradoxal, and it is designed to shuttle hundreds of passengers long distances in a fraction of the time it currently takes a commercial airliner.

As detailed in an article on Forbes.com, Bombardier says the Paradoxal could be built and operated today with a bit of technological development.

The supersonic jet, which looks like a huge stingray, would be able to fly from Los Angeles to Sydney, Australia, in less than four hours. (It currently takes about 15 hours.)

“Other cruise times at high altitude would be shorter, but ascent and reentry phases will likely always take about two hours altogether for every route,” says NASA aerospace engineer Rebecca Farr, who collaborated with Bombardier on the project. In other words, the supersonic jet would only be appropriate for very long flights.

The Paradoxal would be outfitted with two rim-rotor rotary ramjet engines that would give it enough power to climb to 60,000 feet and reach Mach 3. At that point, the air-breathing engines would transform into rocket engines and place the plane on a parabolic suborbital path with an apex of 40 miles—a cruising level well above the stratosphere.

The supersonic jet would be made of standard civil aviation materials using current aircraft manufacturing techniques. But a few of its mechanisms have yet to be developed.

There’s also the tricky issue of G-forces. “The most efficient suborbital G-flight path is probably not comfortable for most civilian passengers,” Farr tells Forbes.com. “That would be a problem for trajectory analysts to solve.”

On the upside, the views from the aircraft would be incredible. “In mid-flight, passengers would see Earth’s curvature, and multiple cameras would grant them access to a video feed of the view,” says Bombardier. “They would even get to experience weightlessness for a brief moment before heading back down.”

Watch a short video about the Paradoxal below.