Shipping port industry colossus DP World Group of Dubai this week joined backers of a U.S. startup working on the futuristic super-speedy train concept Hyperloop. DP World Group, the third-largest port operator in the world, led a $50 million round of investment in Hyperloop One, according to the company. A breakdown of the funding was not disclosed, but Hyperloop One said that latest round brought to $160 million the amount of financing raised since it was founded in 2014.

DP World Group recently announced it is exploring the potential to use a Hyperloop system to move containers between ships docked at the port of Jebel Ali to a new inland depot in Dubai. The fresh investment came with DP World Group chief executive Sultan Ahmed Bin Sulayem taking a seat on Hyperloop One’s board of directors. “We continue to seek opportunities to invest in and utilize our expertise to develop disruptive technology,” Sultan Ahmed Bin Sulayem said in a release. “We are exploring many innovations in our sector.” 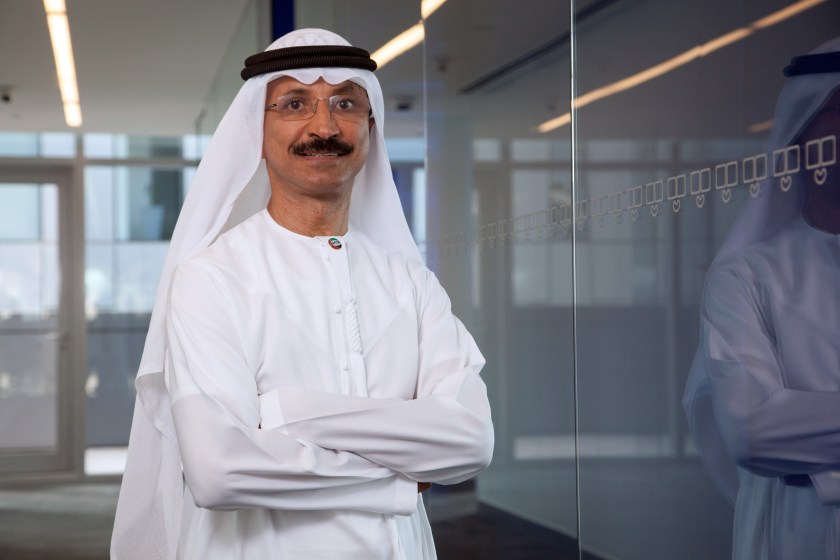 Hyperloop One said that Summa Group chairman Ziyavudin Magomedov was also joining the startup’s board. The private holding company has significant investments in port logistics, engineering, construction, telecommunications, and the oil and gas sectors

Hyperloop One planned the first demonstration of a full Hyperloop system in the first quarter of next year. “With a team of nearly 200 brilliant employees, the company is leading the way in the development of Hyperloop technology and we are on track to show the world our full system early next year,” said Hyperloop One chief executive Rob Lloyd.

The startup also announced it has brought on a new finance executive with internet industry credentials as it worked to polish an image tarnished by a nasty legal battle with co-founder Brogan BamBrogan, who accused former colleagues of nepotism, threats, and mismanagement. 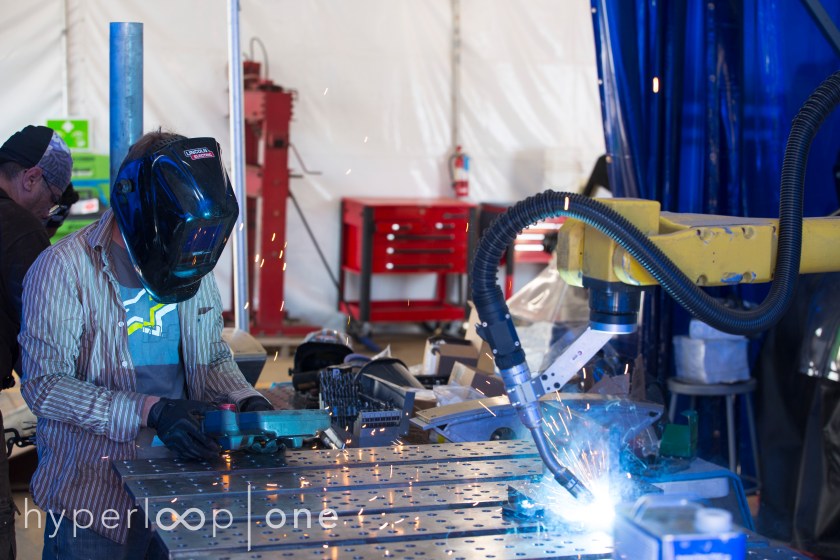 A peak inside the Hyperloop headquarters (Courtesy Hyperloop One)
Ron Holden

Earlier this year, Hyperloop One held its first public test in the desert outside Las Vegas, trying out engine components designed to rocket pods carrying people or cargo through tubes at speeds of 700 miles per hour (1,125 kilometers) or more.

The company is one of the startups with its sights set on realizing a futuristic vision for transportation at near-supersonic speeds laid out three years ago by billionaire Elon Musk, the entrepreneur behind electric car company Tesla and private space exploration endeavor Space X. Instead of developing the idea himself, Musk made freely available his research into the feasibility of getting people or cargo places at unprecedented speeds by firing them in pods through low-pressure tubes.