A Comprehensive Guide to Artificial Intelligence for Non-Experts 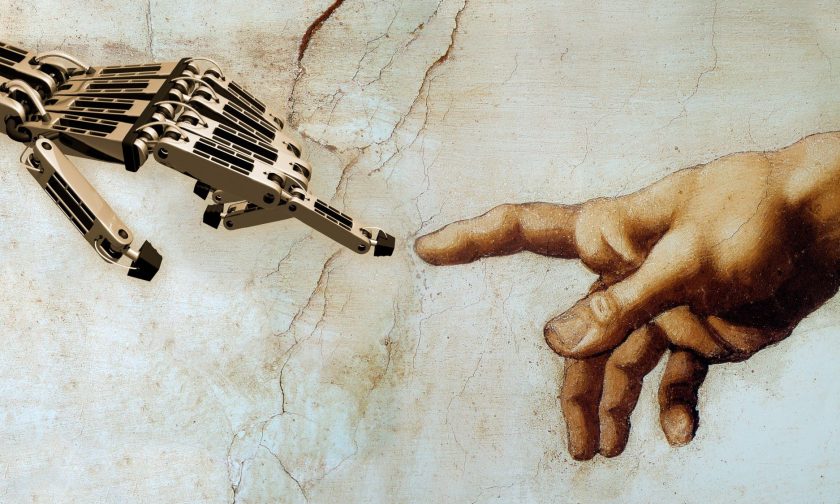 Artificial intelligence (AI) is everywhere these days, and RealClearLife has been on the case. For reading our handiwork, you know it’s being used for investing, self-driving cars, fighting court cases, geolocating photos, and even book and film criticism. You’ve probably heard some iteration of “AI is the future,” but that couldn’t be less true. AI is actually the present, and it’s going to define our future.

But why is the Silicon Valley hive-mind suddenly obsessed with AI? Although the technology has been around for quite some time, advancements in quantum computing over the last five years have brought a machine’s thought processes closer to a human’s than ever before. An influx of large amounts of data, generated by the sensors in smartphones and similar devices, has fueled these advancements exponentially. In order to detail this further, it’s important to address the fundamentals of AI.

Traditionally, computers operate based on a rigid decision-tree-like approach that has been coded into them. Increasingly so, this formulaic process struggles to keep up with today’s wealth of big data and the need for more complex, evidence-based calculations. In order to derive value from these mountains of information, a new approach uses quantum computers, which don’t operate on a rigid framework, to put the volume of data into context. The video below elaborates on how quantum computers function and their limitations.

Without relying on rules-based programming, this technique, called machine learning, allows the quantum computers to make answers and insights from big data. The growing volume of information means the potential for machine learning is greater, as is the need for it.

Unless you work in technology or another related sector, chances are all these uses for artificial intelligence are just fascinating applications of a tool that you may know little about. Given how accessible the technology has become over the last several years, AI is being applied to a wide-range of business solutions that may help you.

Businesses can benefit from machine learning if it’s applied as a tool used for crafting strategy. A report from technology analysts at McKinsey and Company said, “Without strategy as a starting point, machine learning risks becoming a tool buried inside a company’s routine operations: it will provide a useful service, but its longterm value will probably be limited to an endless repetition of ‘cookie cutter’ applications such as models for acquiring, stimulating, and retaining customers.” (Read the “Executives Guide to Machine Learning,” in full, here.)

Because the advancements made in these fields, you don’t need to have a computer science degree to experiment with the cutting-edge tech. Just a healthy sense of curiosity and a willingness to learn. There are several open source machine learning frameworks that are available for anyone to play with and adapt for their own purposes. Google’s Tensorflow and CNTK by Microsoft are among the more reputable platforms to learn, as is this one from Python. There are loads of tutorials on the applications of machine learning, such as creating art or translating foreign languages, even for random things like automated image captioning.

Ultimately, being apprised of AI is up to you. If you’re interested, this list is a great primer for news, events, and innovations. Machine learning can improve productivity and quality of life for businesses and their employees. It can be used to automate things like customer service, managing logistics, analyzing medical records (like IBM’s quantum computer “Watson”), and even writing stories like this one.

To get a grasp of the full potential of machine learning, watch the video below. In it, Gary Marcus, an NYU cognitive science professor, discusses the advancements made this year in machine learning.

Review: The New Jack Daniel’s Release Comes With an Actual Warning
Is Kendall Roy Dead?
How a Nepali Climber Shattered the Record for Summiting the World’s 14 Tallest Mountains
Italian Pot Roast Is the Bolognese Alternative You Need in Your Life
What I Wish I Knew Before I Bought a Chevy K5 Blazer
Why Do I Feel So Weird About Dave Grohl, Who Isn’t Jewish, Doing Annual “Hanukkah Sessions”?

The Galápagos Remain One of the Wildest Vacations on Earth
The Best Rare, Hard-to-Find Gifts on eBay
What I Wish I Knew Before I Bought a Chevy K5 Blazer
Why Sparkling Red Wine Should Be Your Drink of Choice This Holiday Season
Week 13's Top Storylines: Mike Zimmer, Big Ben and the Return of Minshew
The Latest Designation in Mental Health Conversations? "Adult Children."
What Jeff Garlin's "Vanity Fair" Interview Got Right About Cancel Culture
Breitling’s Newest Timepiece Collection Is a Love Letter to Aviation
The Holy Grail of Watches Now Comes in Tiffany Blue

Why Do I Feel So Weird About Dave Grohl, Who Isn’t Jewish, Doing Annual “Hanukkah Sessions”?
The Cola-Flavored Beer From Goose Island Is Surprisingly Great
The 100+ Best Gifts for the Women in Your Life
Scientists Record Footage of Massive, Mysterious Jellyfish
Neil Patrick Harris on the Art of Magical Holiday Gifting