22 Questions: Will the Phoenix Suns' Deandre Ayton Ever Be Good Enough? 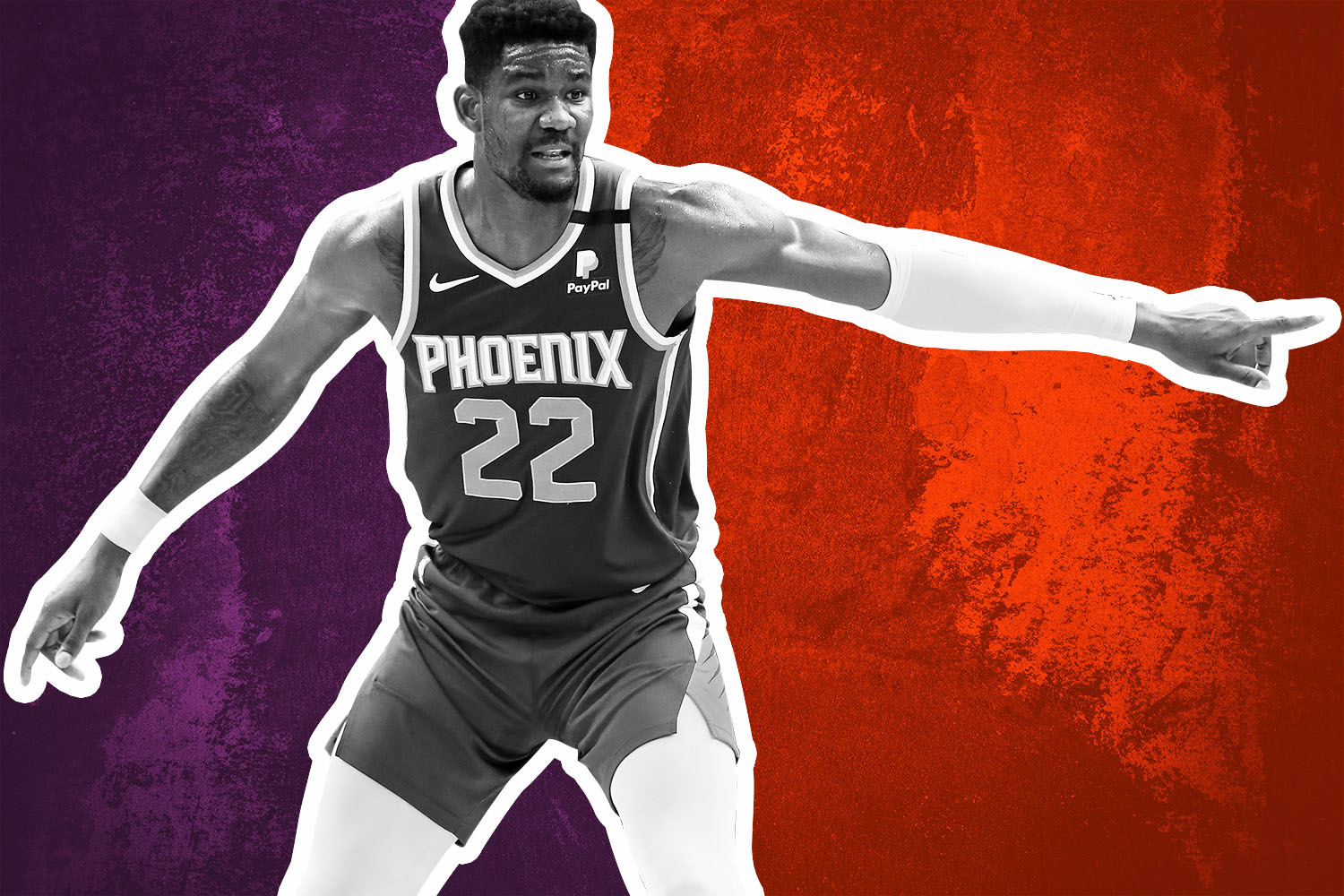 Deandre Ayton is burdened with not just reviving the moribund Suns, but also living up to impossible expectations
Getty Images
By Jack Tien-Dana / July 13, 2020 6:28 am

This season, after years of operating as a low-budget Off-Broadway production of the Knicks, the Phoenix Suns have finally begun to resemble a normal NBA team. A good NBA team? Not especially, as evidenced by their 27-39 record, but at least they no longer let unattended goats shit all over their general manager’s office. This season, there’s been a modicum of stability, which, for them, is akin to progress.

The Suns, for the first time in years, have several players who are legitimately good, or at least legitimately not bad; when the quartet of Ricky Rubio, Devin Booker, Kelly Oubre and Mikal Bridge plays together, the Suns outscore opponents by 15.7 points per 100 possessions. While depth is a problem, this four-man lineup is among the NBA’s best and serves as the foundation of a surprising playoff contender. Ricky Rubio, who the Suns were widely panned for signing last summer, is a calming, assured shepherd, even if he’s not a prolific scorer — for four of the last five seasons, according to Cleaning the Glass, Rubio’s teams have had a higher effective field-goal percentage when he’s on the court. In turn, Devin Booker has had the most efficient season of his career, benefiting from Rubio’s playmaking and taking the fewest self-generated shots since his rookie year, thereby showing that his scoring is scalable to better situations. Long derided as an empty-stat hoarder, he’s now converted his Kobe Bryant cosplay into genuinely Kobe Bryant-level offensive output. On the wing, Kelly Oubre is an extremely handsome agent of chaos, scoring 18.7 points per game through kineticism and non-stop movement, while Mikal Bridges is a spindly bloodhound on defense.

And while this is all fine and dandy, the Suns’ ultimate level will be decided by center Deandre Ayton, the first pick in the 2018 NBA draft. Selected ahead of Luka Doncic, Ayton has been promising yet somewhat disappointing through not much fault of his own; fairly or not, Ayton will forever be the Slovene’s underachieving foil. Still, to paraphrase Dennis Green, Ayton is who we thought he is.

A titanic athlete, Ayton is the rare NBA player who seems overwhelming even to other NBA players; he rebounds with a sense of inevitability — when a 6’11, 250-pound behemoth with a 44-inch vertical jump and the dexterity of a concert pianist skies for the ball, how could anybody else hope to compete? At his best, he’s game-breaking: stronger, faster, more agile and more active than anybody else in the league. Most encouraging, he’s begun to translate his physical gifts into a true defensive presence. During his rookie year, Ayton was more accommodating to opponents than perhaps any other center; he spent the bulk of his time on defense looking utterly bamboozled, seldom contesting shots and barely affecting them when he did. In contrast, he’s now holding opponents to 7.6% below their average field-goal percentage at the rim, according to NBA.com’s tracking data. After serving a 25-game suspension for performance-enhancing drugs to start the season, he’s paired his ability as a serviceable rim protector with gaudy counting stats, averaging 19 and 12 points per game, portending a decade-plus of impressive box scores.

Zoom in on Ayton’s game and his actual impact becomes fuzzier, especially on offense. Rather than an all-conquering force, Ayton is a high-volume remora, feeding on the scraps of his teammates. With the ball, Ayton loses much of his usual grace and fluidity, instead moving slowly and mechanically, like a dancer struggling to remember the choreography. Unlike elite big men like Joel Embiid or Anthony Davis or Nikola Jokic, Ayton can only get by with a lot of help from his friends, taking 78.2% of his shots within two seconds of touching the ball. Moreover, when Ayton has to do something more demanding than simply catch and dunk, he’s straight up not having a good time, as his field-goal percentage plummets to barely above 40% when he has to spend time manufacturing his own chances. Despite his spoon-fed diet of opportunities at close range, Ayton isn’t overly proficient at converting the shots that he takes: Basketball Index has him in the 18th percentile in terms of his finishing ability relative to his role. On the most basic level, impactful offensive players are particularly adept at either creating shots for their teammates or converting shots themselves. The best do both; Ayton does neither.

In this sense, Ayton represents a major opportunity cost for the Suns, even if he’s proven himself to be an exceptional talent. For starters, he’s not Doncic. Beyond that, though, Ayton, as his game is currently constructed, can only be so good; there are definite paths to improvement, but they require Ayton to become an Embiid-ian volume scorer, an inventive passer (like Domatas Sabonis or Bam Adebayo) or a top-flight rim protector (a la Rudy Gobert). Ayton’s defense, motor and athleticism give him a high floor — even if he doesn’t improve a lick for the rest of his career, Tall Kenneth Faried is a player that every team would want. But Tall Kenneth Faried also isn’t the engine of a truly good team.

With a roster that’s quickly becoming too good and too expensive to tank, the Suns must now rely on internal improvement. As such, as Ayton improves, the Suns also rise. Maybe Ayton develops a post game, and provides excess value through this self-sufficiency; maybe Ayton extends his range to beyond the arc; maybe he becomes an elite defender. But if he doesn’t, no matter how many 20-and-10 stat-lines he posts or how much he looks the part, the Suns promising young nucleus will be yet another casualty of the franchise’s post-Steve Nash lost generation. And yet, even as every tangible (and intangible) piece of evidence contradicts it, it’s still easy to imagine some metafictional vision of an unrealizable future where Ayton and Booker roar into the 2020s like a new-age Shaq and Kobe, with Ayton blending stunning power and a silken interior touch. They could have such a damn good time together. Isn’t it pretty to think so?