Presumptive No. 1 NBA Draft Pick LaMelo Ball Is Worth the Hype 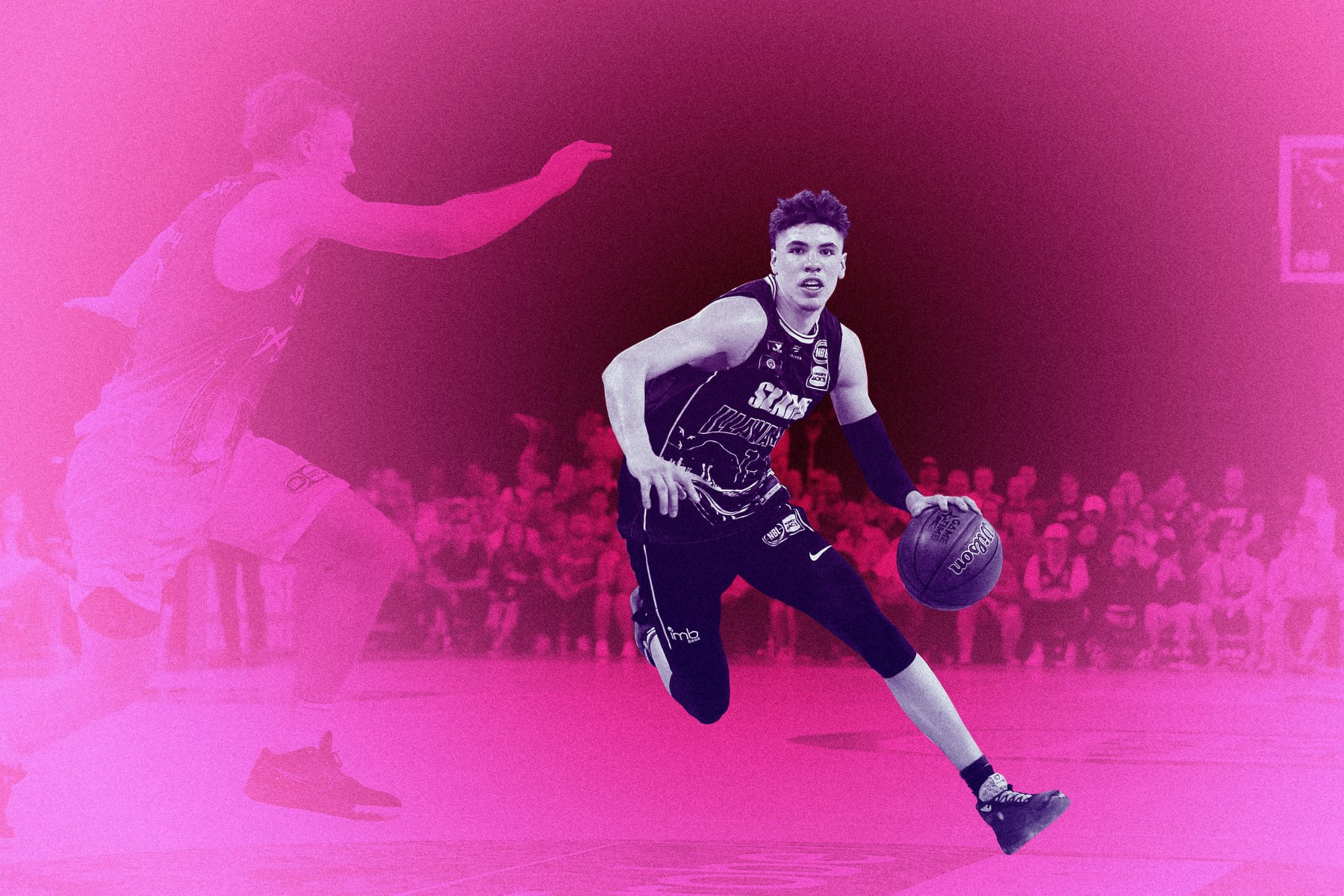 LaMelo Ball, like Walt Whitman or chicken pot pie, contains multitudes. He’s the preening scion of the Ball dynasty, golden youngest child of loudly unsuccessful progenitor Lavar. He’s a social-media superstar with 5.3 million Instagram followers who’s the sole reason that tween BAPE enthusiasts from Bergen County can locate Lithuania on a map. He’s either an iconoclast or a fraud, a testament to the beauty of basketball or everything that’s wrong with it. Most of all, he’s the best player in the 2020 NBA Draft.

After a globe-trotting “high school” “career” that saw him travel from Chino Hills to Prienai to his dad’s barnstorming failure to Ohio to the Australian National Basketball League, Ball has seemingly fulfilled his destiny of becoming a top-tier prospect. At 6’7, he is a member of the new wave of big playmakers like Luka Doncic and Ben Simmons; unlike them, though, Ball actually moves like a point guard. Whereas Simmons hurtles down the court like a champion soapbox car and Doncic chonks along, Ball is lithe and elastic. What he lacks in explosiveness he more than makes up for with wiggle, deploying a collection of feints and half-movements between dribbles to unsettle defenders. He can freeze opponents with hesitations and hang-dribbles or dust them with quick crossovers and snatchbacks. This fluency with the ball makes LaMelo a more threatening offensive player than his brother Lonzo, who haltingly dribbles as if he were rendered in claymation.

This ball-handling ability also complements Ball’s greatest skill: his passing. Despite his reputation as a feckless gunner (he once scored 92 points in a high school game), he has emerged as an all-world playmaker, ranking second in the NBL in assists and first in assist-to-turnover ratio. To a degree, he’s the basketball equivalent of both Peyton Manning and Patrick Mahomes — a calculating choreographer who can manipulate the defense and also spontaneously drop dimes when the play collapses.

This combination of proactivity and reactivity is most evident when Ball runs the pick-and-roll, where he’s equally adept floating lobs to rim-running big men or zooming skip passes to the opposite corner if the weak-side defender tries to tag the roller. In transition, he draws upon his experience in the systemized bedlam of his Chino Hills teams, tossing hit-ahead passes to teammates in the open floor. For Ball, basketball can look startlingly easy. He whips live-dribble passes with such zest that an ordinary two-handed chest pass feels as drab as khaki; he troubleshoots defenses with such facility that you’re lulled into thinking, If I were a point guard, I would simply do good passes.

To be sure, Ball is not a perfect prospect, and his status as the draft’s best player is probably an indictment of the overall meh-ness of this year’s class. For starters, his jumper is busted. Whereas most players learn the importance of BEEF, Ball hurls the ball from his chest, tilting and leaning, elbows askew — and this is a massive improvement from his early high school days! Unsurprisingly, shooting a basketball like you’re trying to win the Dr. Pepper tuition giveaway is bad.

Ball’s fondness for deep, deep threes only exacerbates the issue: over the course of his half-season in Australia’s National Basketball League, he shot a gnarly 25 percent on three-pointers. While super-long distance threes have become a legitimate weapon in the NBA, the key condition is that they’re shot by people who can make them. Ball can’t. There are latent signs that he might learn to shoot like a normal person — namely, his naturally soft touch and genuine improvement over the last few years. Still, Ball can’t shoot well in the NBA unless he unlearns a lifetime of muscle memory, and this is unrealistic to expect; Ben Simmons and Markelle Fultz are proof that jump shots aren’t easy to change.

On the other end of the court, the NBL represents the first time that Ball has ever had to actually play defense, and it shows. On the ball, he tries reasonably hard, dropping down into his stance and using his size to contain the ball-handler … until he falls behind the play, that is, at which point Ball relents because it be that way sometimes. He dies on screens because squirming through them is really hard. Away from the ball, he alternates between thirstily hunting for steals and staring into the distance while humming to himself.

Granted, Ball has the tools to become an effective defender: he’s big and his 2.62% steal rate proves that he has good instincts. But defense is a subject he’s never had to study before. Throughout the years, Ball’s father, Lavar, has put his son in situations where basketball is merely an accessory to the circus that basketball fosters. At Chino Hills, Ball could cherry-pick and not enter the backcourt unless by choice. His games in Lithuania and the Junior Basketball Association were mere B-roll footage for the family’s reality TV show. Even in Australia, Ball assumed so much offensive responsibility that his defense was a secondary concern. The NBA will be the first time that Ball’s game will supersede his celebrity, the first time that watching film will matter more than being filmed. As a result, it makes perfect sense that Ball’s game has leaned towards the glamorous and photogenic rather than the fundamental. Kylie Jenner can launch a massive cosmetics company, but can she snake a drain?

Although Ball’s obvious and serious flaws preclude him from being a can’t-miss star like Zion Williamson and Luka Doncic, they aren’t disqualifying, particularly when every other challenger for the first pick this year appears to have their own hamartia. Anthony Edwards is a nuclear athlete, but is susceptible to spurts of apathy. The left-handed Killian Hayes rivals Ball as a passer and can create his own shot from a palette of slick stepback jumpers, but his right hand is mostly decorative and he moves like he’s waist deep in flan. James Wiseman is perhaps the most physically gifted seven-footer alive, but it’s unclear if he has any basketball skills beyond his genetics. Among this motley crew, Ball stands out because his strengths are so singularly elite for a young player that they can offset (or at least mask) his weaknesses. He averaged 17 points, 7.6 rebounds and 6.8 assists per game in Australia and there will always be space in the NBA for a 6’7 point guard with a tight handle and panoptic vision. In a draft that’s devoid of steak, Ball’s got enough sizzle to merit the no. 1 overall pick that will inevitably be spent on him.