With interest in the Davis Cup waning, the tournament has emerged as a loose, lively alternative to the Grand Slams 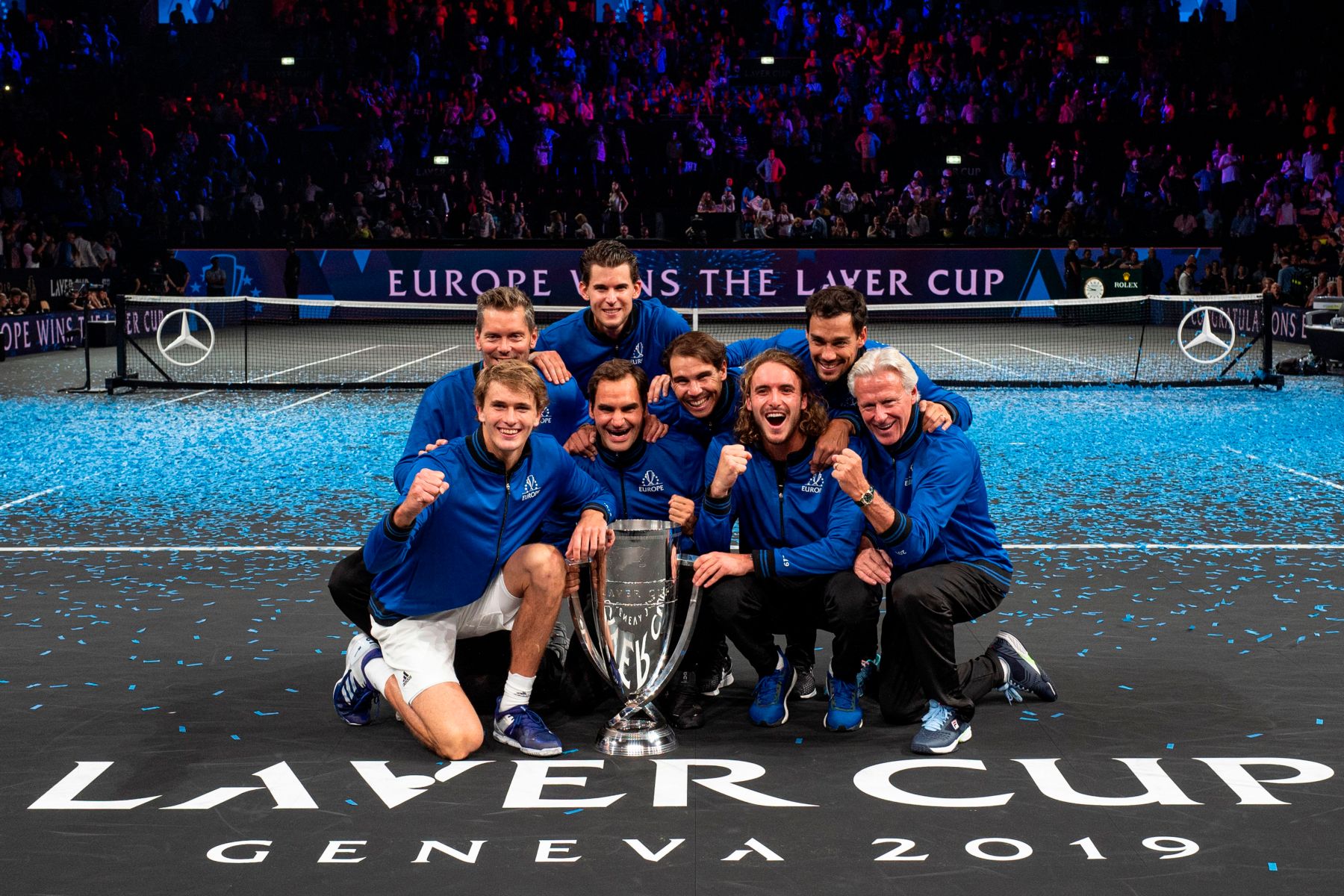 From Roger Federer and Rafael Nadal doling out coaching advice to an up-and-comer defeating a Grand Slam finalist to a player in the midst of a seasons-long struggle recording his first victory in nearly a year, the just-concluded Laver Cup kept tennis fans riveted by both its on- and off-court proceedings.

The next step for the organizers of this event and similar team competitions is to garner the attention of the sports fan who tends to gravitate toward the return of football and baseball’s postseason. In other words, the time of year — immediately proceeding the final Grand Slam in the calendar — when mainstream interest in tennis tends to wane.

It appears that if any event is going to do that, it’s the Laver Cup, which offers a gathering of star power over the course of three days that’s rarely been seen in tennis. Named for the Australian great who remains the only player to have won Wimbledon and the Australian, French and U.S. Opens in one year twice, the competition features “Team Europe” taking on “Team World” in a series of singles and doubles matches. In the first edition in 2017, longtime rivals Federer and Nadal teamed up in doubles, while last year, Federer partnered current world No. 1 Novak Djokovic.

For the third year in a row, this time in Geneva, Team Europe — led once again by Federer and Nadal — defeated Team World, despite the latter gaining a lead over the weekend for the first time behind clutch wins from Americans Taylor Fritz and Jack Sock, who were at opposite ends when it came to their form: Fritz, 21, has had a breakout campaign, while former world No. 8 Sock has been in a slump for nearly two years. The enigmatic Australian Nick Kyrgios also pushed Federer to the brink in singles and teamed up with Sock to defeat Federer and Stefanos Tsitsipas of Greece in doubles.

The Laver Cup was founded by Federer’s management company in conjunction with two other partners to create an event that generates the excitement of golf’s Ryder Cup, which features an international squad taking on an American team every two years with a matchplay format.

For more than a century, men’s tennis has had its own global competition, the Davis Cup. Prior to this year, 16 teams qualified for the World Group, and over the course of four weekends throughout the year, nations were drawn to face each other in a best-of-five “tie” determined by four singles and one doubles “rubber,” or match.

While the competition was tied to tennis’s earliest roots (it was founded in 1900), its popularity has decreased in recent years as top players have omitted it from their already-too-long calendars. Along with the four Grand Slams, it was the only event all of the ATP’s “Big 4” (Federer, Nadal, Djokovic and Andy Murray) had won at some point in their careers. Murray was the most recent among them to be part of a winning campaign, in 2015, as Great Britain captured the title for the first time in nearly 80 years.

Federer, whose commitment to the competition has wavered throughout his career, brought his participation to a halt after 2016, when he needed to play for a spot in the Olympics. With Nadal, a multiple Davis Cup champion for Spain, also scaling back, a message seemed to reverberate that the team event could no longer attract the sport’s biggest names.

Desperate to rejuvenate the tournament, the International Tennis Federation (ITF) decided to open up the door for change. A group led by soccer player Gerard Pique funded the revamp, which will see the finals this year held over a week in November, with the Davis Cup marketed as the “World Cup of Tennis.”

The change hasn’t sat well with many inside the game, including past and present players who’ve been part of victorious campaigns. Even Federer has been wary of an outsider coming into the tennis world. Plus, this year’s finals will come only a few weeks before the inaugural ATP Cup, which kicks off in Australia at the beginning of 2020. It’s yet another team event, and all of the top 10 players in the world have committed to the first edition.

But while it may rival the Laver Cup for the caliber of players involved, it’ll be hard to top the viral moments the upstart event has created in its brief existence as it attempts to shatter the stereotype of tennis being a staid sport.

Team World, with its heavy American contingent, put on elaborate bench celebrations inspired by those seen in college basketball over the years. And while team captains John McEnroe and Bjorn Borg were largely silent during the changeovers, non-playing members of the squads aren’t afraid to share advice or offer up some tactics.

Kyrgios, whose efforts during the regular schedule is often questioned, is usually the most vocal when it comes to pumping up his teammates, while elder statesman Federer and Nadal could be heard coaching their teammates — and one another — throughout the weekend. Their consultation with No. 11 Fabio Fognini of Italy gave tennis fans a level of in-match insight that is simply unknowable under standard ATP rules and formats, where on-court coaching is prohibited. Federer was also caught with the equivalent of a “hot mic” while preparing German 22-year-old Sascha Zverev for the match tiebreak that would decide who would win the Cup.

America’s World Team Tennis, founded by legendary women’s player and activist Billie jean King, has long embraced innovation with its coed format, multicolored courts and rule changes. But while Hall of Famers past, present and future drop in as marquee players from time to time, their lesser-known peers carry the weight during the bulk of the season, which has hindered that competition’s growth.

With Federer’s backing, the Laver Cup has emerged as something different: a sign that with the right talent and production, tennis is ready to leave behind some of its sacrosanct traditions in an effort to appeal to new audiences. And as the legend nears the next phase of his career, that effort may be one that he himself spearheads.