22 Questions: Are the Denver Nuggets Too Weird to Win?

The NBA's most unique team faces its biggest challenge yet 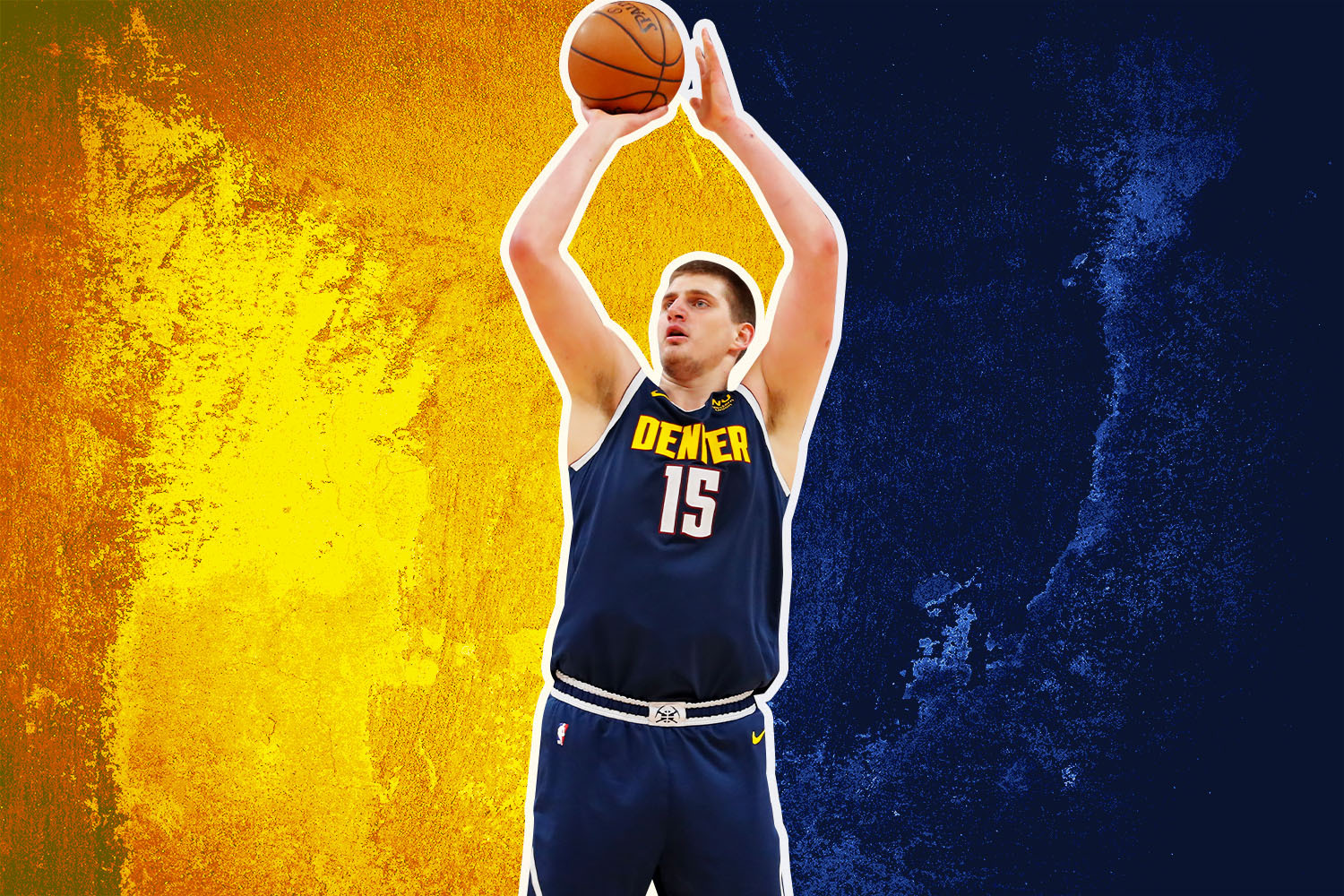 Nikola Jokic is the engine of the Denver Nuggets, the NBA's most distinctive team.
Getty Images
By Jack Tien-Dana / July 24, 2020 10:14 am

The NBA naturally trends towards aesthetic homogeneity. Watch enough games and the possessions will eventually blur together into a soupy sameness. Across all sports, analytics and advanced stats have flattened stylistic differences, providing incontrovertible evidence that there is, indeed, a right — or at least best — way to play. As such, teams have adapted to fit modern trends: big guards, small ball, three-point shooting, yada, yada, yada. Beyond philosophies and macro trends, even specific plays are recycled across teams. There are only so many ways to put lipstick on a blind pig.

In particular, Nikola Jokic, their all-universe center, is unlike any NBAer ever. During any given game, Jokic is almost certainly the least athletic guy on the court. Before his recent glow-up, Jokic was shaped like an industrial-sized piping bag, all round and puffy and soft. Since he’s entered the league, his underarm flab has hung out over his jersey and he ran like it was hard to run; he jumped maybe once a month. But, in a roundabout way, this was the reason he was such a singularly special player: guys like Dwight Howard are so athletic that they never had to develop the finer nuances of their game; Jokic had to become a basketball genius.

He’s a deft shooter for a center, willing and able to spray jumpers from all over the court, even if his three-point percentage leaves a little wanting. His post-up game is amongst the NBA’s best, ranking only behind Joel Embiid in terms of efficiency and volume. With his back to the basket, Jokic, ass-first, clears out space and twirls on his pivot foot, casting shoulder checks and up-fakes until he bamboozles his defender and feels comfortable enough to loft a hook shot; the Sombor Shuffle, his signature move, is one of basketball’s goofiest weapons — he simply leans back, jumps off seemingly the wrong foot, tries not to fall, and flicks an incredibly pure shot. Of Jokic’s 20.2 points per game, at least half of them seem to be the result of legerdemain, as Jokic repeatedly goads defenders into lunging at phantoms.

And then there’s Jokic’s passing; every single one of his 6.9 (ni.ce) assists per game this year has been electric. He has every pass you can imagine and dozens more that you can’t. He uncorks full-court, spinning, one-handed baseball passes; he slips behind-the-back passes through tiny rivulets in the paint; he’s one of the last true no-look passers, even tossing them over his head with his back to his target. In turn, the Nuggets have converted Jokic into the fulcrum of the league’s most unusual offense. He leads the NBA with 97.6  touches per game, which is nearly 10 more than the next closest big man (Domantas Sabonis), yet only takes 1.1 dribbles per touch, less than anyone who has the ball a comparable amount. Other ace passers like LeBron James or Luka Doncic are mobile quarterbacks, probing and testing the defense; Jokic is basketball’s answer to Peyton Manning, rooted in place but invariably finding open targets in a system that only he could run. The team will funnel the ball to Jokic at the elbow and then dart around him like electrons until he finds a teammate streaking open; the Nuggets score the second-most points from cuts in the league, and it’s not a mystery why.

As a result of Jokic’s playmaking equity, the Nuggets’ guards shift into more off-ball roles. Jamal Murray, the team’s second leading scorer and starting point guard, molded his game to seamlessly fit next to Jokic, receiving more assists from the center this season than any other Nugget. Formerly a ball-dominant guard at Kentucky, Murray has become a canny cutter, ranking in the top decile as an off-ball threat according to Basketball Index. Murray is acutely aware of how his presence — both literally and metaphorically — warps defenses. Although his actual shooting percentages are pretty ordinary, he possesses the kind of gravity that forces defenses to account for him at all times in the half-court. He’s half of the NBA’s most delightful pick-and-roll combination, setting screens for Jokic and then either sliding into open threes or rolling to the basket. Wings Will Barton and Gary Harris pulse with that same hyperactive whir, presenting similar opportunities to Jokic.

Defensively, the Nuggets eschew conventional wisdom by attacking the ball-handler in pick-and-rolls. Whereas most teams elect to have their big man stay tethered to the restricted area to deter shots at the rim and lobs to the roller, the Nuggets hedge to the level of the screen (i.e., the man guarding the screener steps up to meet the ball-handler on the other side of the pick). Jokic is hardly a deterrent at the rim; giving a guard a runway to build momentum towards the basket basically renders Jokic an unwilling prop in an impromptu dunk contest. But by venturing towards the perimeter, Jokic can use his quick hands and coordination to corral the dribbler while the rest of the Nuggets’ defense rotates to cover for him. This aggressive approach has resulted in a slightly above-average defensive rating and certainly maximizes Jokic’s utility, but it can be beaten by smart, patient teams who can space the floor. The Nuggets are experts at leaving bad shooters open and goading them into hoisting (they allow the 21st most threes, but hold teams to the third lowest percentage on them, per Cleaning the Glass), but that’ll become harder as they get deeper in the playoffs and there are fewer bad shooters.

Even while lacking the conventional ingredients for success, the Nuggets sit in the Western Conference’s third seed with a 43-22 record due to their intricate, well-calibrated scheme on both ends. The playoffs, though, are the destruction of best-laid plans. Eventually, you just need players who can manufacture buckets whole-cloth when the offense stalls; the Nuggets isolate less often than every other likely Western Conference playoff team and don’t have a single player who averages more than 1.2 isolation points per game, according to NBA.com’s playtype data. Unless Jokic can build on his postseason brilliance from last year or Murray can become more dynamic on his own or Michael Porter Jr., their raw prized prospect, can arrive way ahead of schedule, the Nuggets will have a tough time consistently beating upper echelon defenses. Thanks to their off-center personnel and system, the Nuggets have emerged as one of the best teams in the league over the last few seasons. But ultimately, this extreme commitment to nonconformity could be exactly what’s holding them back.