An artist's rendering of NASA's Juno spacecraft making a pass over Jupiter. (NASA/JPL-Caltech)
By Will Levith 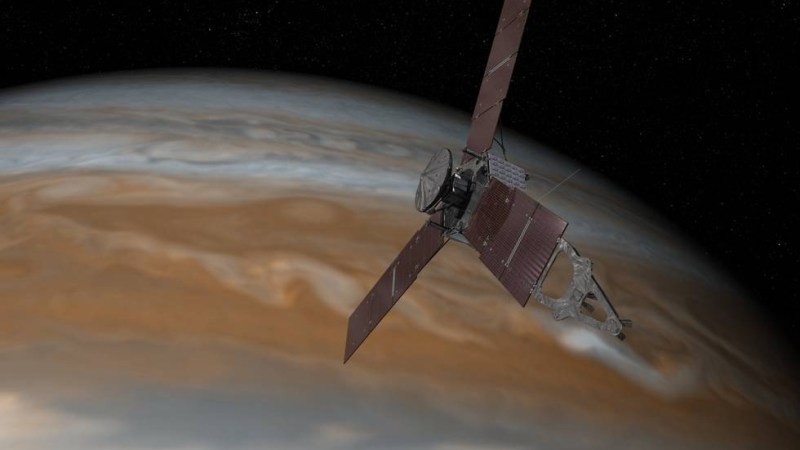 An artist’s rendering of NASA’s Juno spacecraft making a pass over Jupiter. (NASA/JPL-Caltech)

NASA launched its unmanned, solar-powered Juno spacecraft on August 5, 2011, with a destination of Jupiter on July 4, 2016. It’ll be the closest we’ve ever come to the solar system’s largest planet. The primary goal of the mission is to collect data: understand the origin and evolution of the planet; gather samples; map its magnetic field; and find out about the makeup of its atmosphere. But it’s a risky mission, to say the least: The spacecraft’s proximity to Jupiter will expose it to the harshest radiation conditions in the entire solar system. Watch a short trailer on the mission below. Read more about the upcoming mission here.