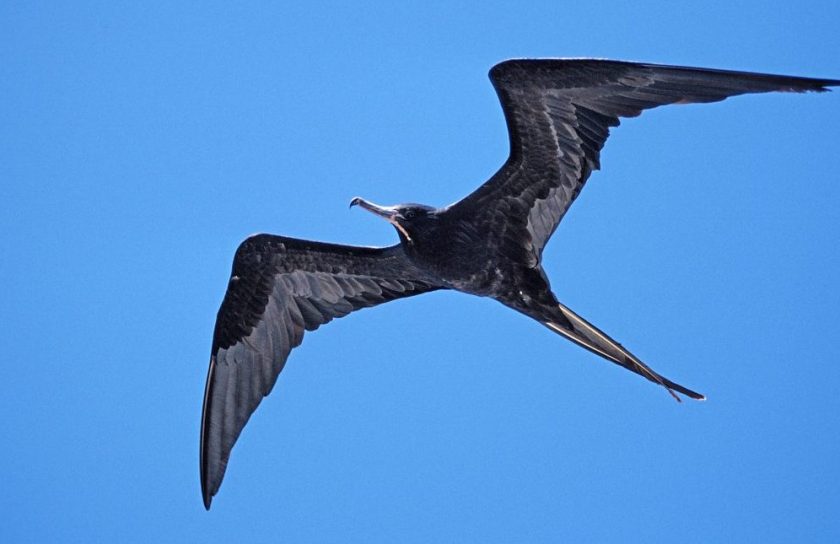 Like many of the organisms that call the Galápagos Islands home, the frigatebird is a fascinating animal with truly unique attributes. Males have bright red inflatable pouches used for mating rituals. Their wingspans average around six feet long. Yet, despite primarily living around the water most of their lives, frigatebirds cannot land on it because their feathers aren’t waterproof.

This creates an air of mystery around the birds since much of their lives are spent at sea, far from the scientists that wish to observe them. How did they migrate such long distances, say from the Galápagos Islands to continental South America, without landing in the ocean? Surprisingly, the answer was above us all along: clouds. 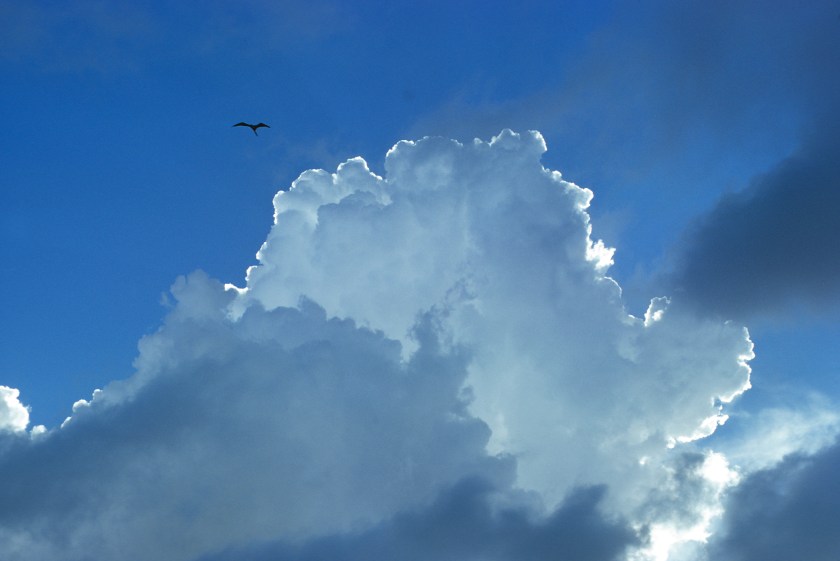 A new study has found that frigatebirds use the warm updrafts that help form cumulus clouds over the ocean to stay aloft for as long as a month at a time. The updrafts can carry the frigatebirds as high as 12,000 feet, allowing them to travel 300 miles a day for weeks at a time. By using the warm rising winds, a bird can travel as far as 40 miles without a single flap of its wings. To learn more about the study and the science behind frigatebirds’ ability to cover remarkable distances, listen to this clip from NPR‘s “All Things Considered” below.