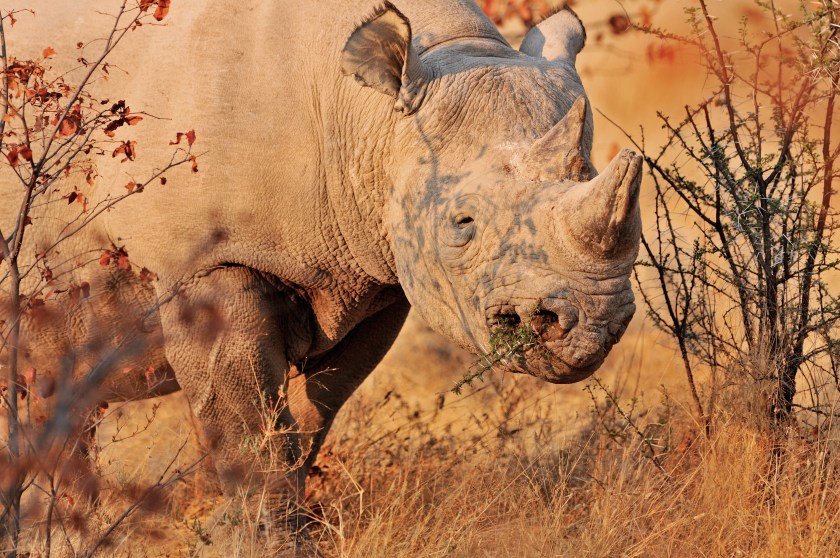 Can legally trading rhinoceros horns actually help conserve the animals’ dwindling populations? One South African millionaire thinks so. John Hume, who owns 5 percent of the world’s rhino population, has been battling with the local government to allow him to sell rhino horns in order to further fund conservation.

The argument for humanely dehorning rhinos is not a new one; it’s been around since the early 1950s. But it’s only begun to gain real momentum of late, given the declining rhino populations. Since a rhino can be dehorned a particular way that doesn’t harm or permanently damage it (its horns grow back), Hume is among many that believe in this radical but effective form of conservation. 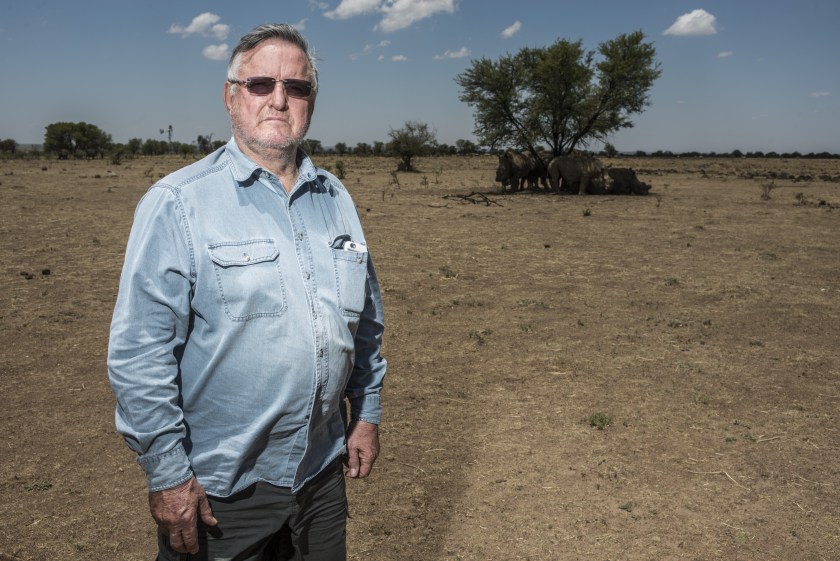 John Hume, hotel magnate and rhino farmer, poses for a photograph on his ranch outside Johannesburg, South Africa, on Friday, Dec. 4, 2015. White and black rhinos were brought back from the brink of extinction in South Africa in the 1960s to a stable population of close to 20,000. (Waldo Swiegers/Bloomberg via Getty Images)
Bloomberg via Getty Images 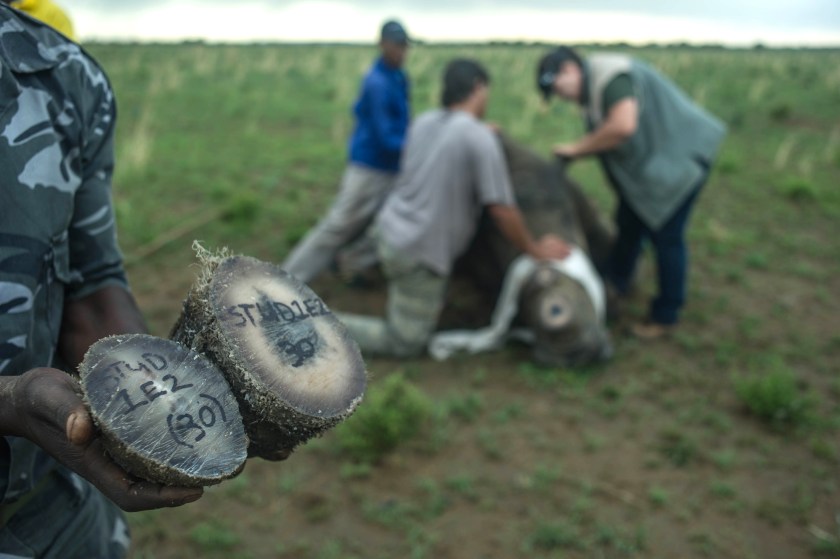 A ranger shows rhino horns to be weighed and stored at John Hume’s Rhino Ranch in Klerksdorp, in the North Western Province of South Africa, on February 3, 2016. (Mujahid Safodien/AFP/Getty Images)
AFP/Getty Images

Whereas poachers often kill rhinos before dehorning them, Hume’s method is a form of a protection. He believes he can legally engage with the market in Asia that poachers illegally trade with, bringing a hefty revenue stream to his rhinos, the world’s largest captive population.

It’s an unsavory solution to a problem many have tried to solve. The court battle for legalizing the practice is currently taking place in a country that is home to three-quarters of the world’s rhino population. With Hume’s rhino horn stockpile already valued at $45 million, the stakes for the court’s decision couldn’t be higher. Watch a short documentary on the subject below.