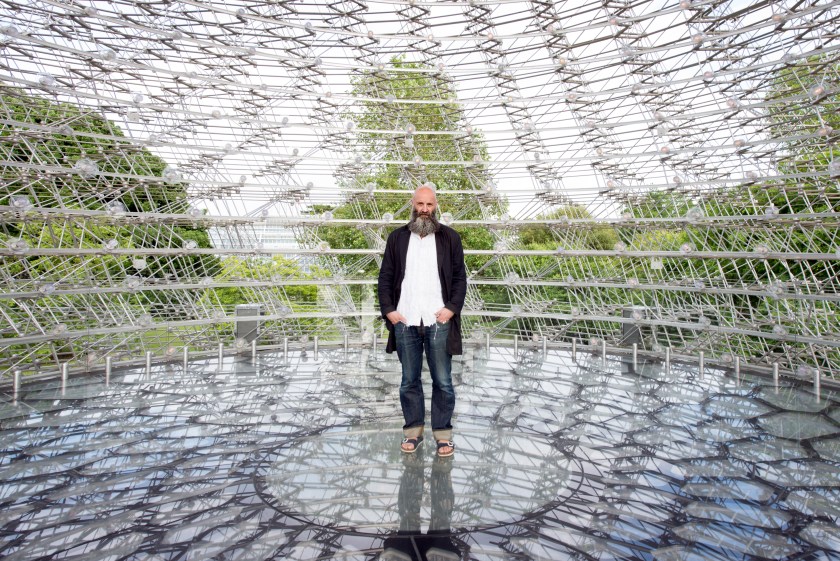 London’s Kew Gardens is getting a lot of buzz for its latest art installation. The 56-foot-tall “Hive” is an open-air honeycomb-like structure designed by U.K. artist Wolfgang Buttress as an ode to the honey bee and its pollination process. On display through November 2017, The Hive was built out of 170,000 metallic parts—including a latticework of thousands of light-reflecting pieces of aluminum. The structure also has 891 blinking LED bulbs affixed to it, along with a coordinated soundtrack of hums and buzzes, that trigger and respond to the movements of actual honey bees in the vicinity. For more on The Hive, click here. Take a look at some of the images of the structure below. Also, watch two short videos: One from Kew Gardens about the installation’s specs; and another from the perspective of the artist. 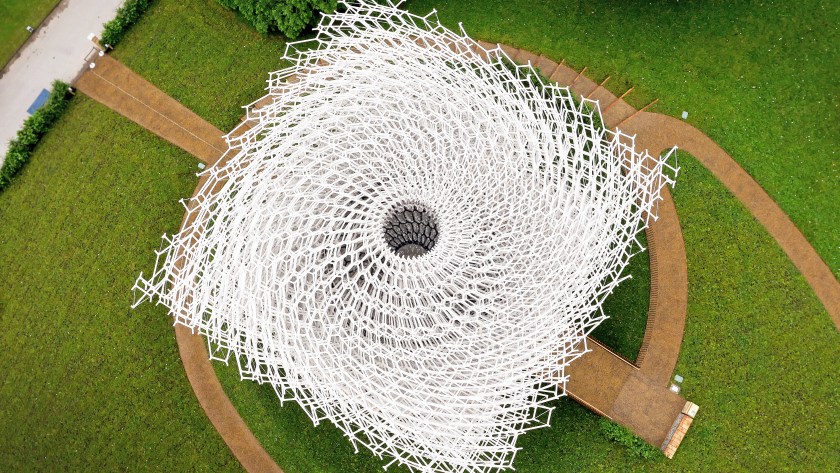 Aerial shot of The Hive (Skyvantage) 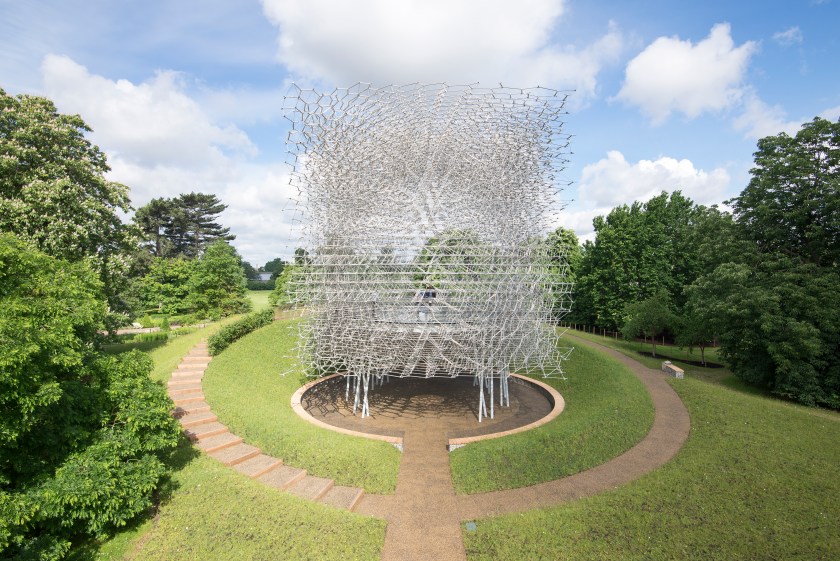 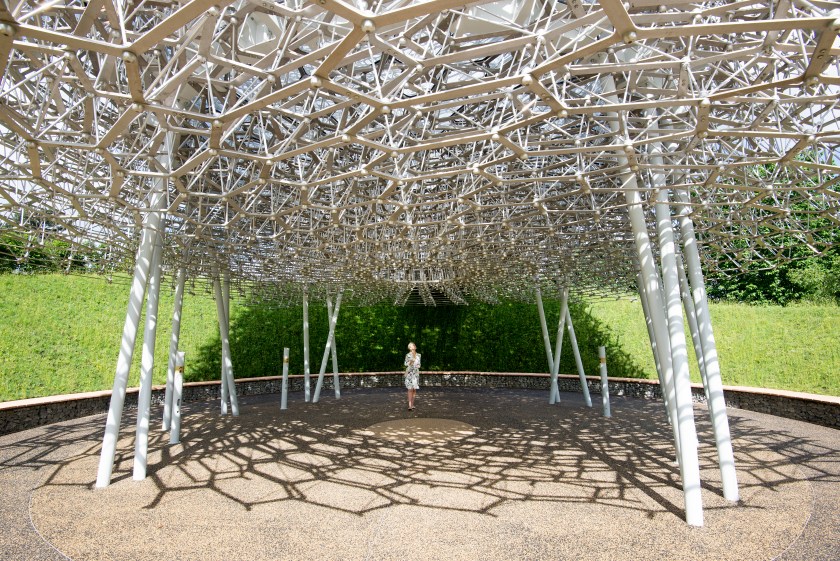 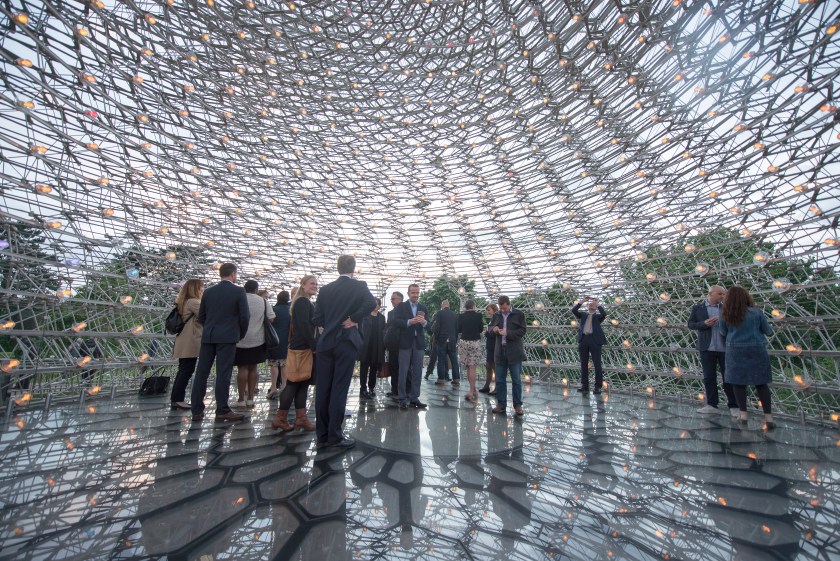 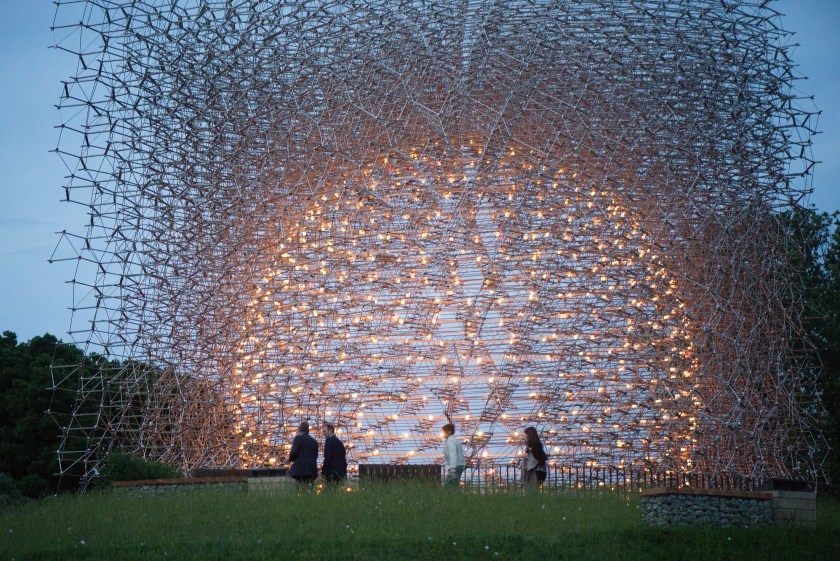